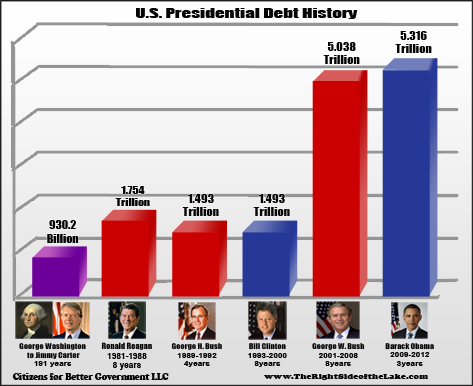 The Economics of the Republican Base

The National Republican Party doesn’t seem to understand why so many conservatives, constitutionalists, and libertarians in the GOP reject their leadership on economic and fiscal matters. By 2006, many activists and members of the Republican Base were furious with the spending, the deficits, and debt under which their Republican-controlled Congress and Republican-controlled White House were operating.

The economics of the Republican electorate make a great deal more sense than the economics of their party, since regulation, corruption, bureaucracy, and subsidies are all inefficient economic mechanisms. Simplicity costs less and provides more efficacy than any complex system; and does anyone believe that our government is efficient or efficacious? Is there anyone who believes that we are operating a cost-effective government? Efficacy and efficiency are really all the Republican base has asked for.

The Republican electorate, quite simply expects to be able to understand our economic and fiscal system. This is not too much to ask. There is no good reason for making things as complicated as our government has made them. We recognize that the complexities of this government are designed to obfuscate the process by which the government picks winners and losers, while making the middle class pay for everything – and this is unacceptable.

This is why Republican voters go nuts with every new Omnibus or CR bill.

The average American knows that if they ran their households the way their government ran its’ affairs, they would be in jail. Corruption and fraud seem to be acceptable for anyone entrenched in Washington D.C. Our politicians are simply so accustomed to inefficiency, waste, fraud, and the high price tags that come with fixing all those pesky unintended consequences, that they simply cannot empathize with the American citizen anymore.

The average American views waste, fraud, inefficiency, and corruption as intolerable, not as necessary evils or the price of doing business in Washington.

The economics of the Republican Base are predicated upon principles of free market capitalism, fair market systems, efficient capital mechanisms, and transparency along the way. Their government, on the other hand, appears to stick up their nose at such responsible standards.

It is not necessary to run such large deficits, accumulate so many trillion dollars in debt, or to spend so many hundreds of billions on federal programs. The government has set for themselves the lowest ethical and fiscal standards, standards that the average American would never be permitted to live under. We wonder why the government operates at the lowest common denominator, while the citizen is held to a set of higher standards.

The hypocrisy rightfully creates resentment. I think our politicians would be surprised just how generous we Republicans would be with our tax dollars, if we trusted the government that spent them. But our government is not trustworthy or responsible.

To make matters worse, politicians treat their constituents as if they are all ignorant rubes when it comes to the making of the federal fiscal sausage. Yet, many of their constituents balance their budgets, save for retirement, and sacrifice immediate desires for long term stability. It’s impossible for folks who take such painstaking care of their own fiscal lives to fathom a government which demonstrates such reckless irresponsibility and carelessness with their own tax dollars.

I’m tired of listening to people criticizing Republican voters as if their expectations are unrealistic or ill-informed. They aren’t. The fact is, that Democrats and Republicans in Washington DC are running a reckless, irresponsible, overly-complex, wasteful, and inefficient government, and making all of us pay for the consequences. It isn’t right, it isn’t necessary and it ought to change.

The Economics of the Republican Base was last modified: December 28th, 2015 by Steven Brodie Tucker

as a republican voter–one of those 47%–I don’t trust the republican party current leadership to do anything that any conservative believes in.
all I’ve seen is obama getting anything he wants, doing whatever he wants,whenever he wants
stagnant economical growth, escalating national debt, a wide open border, an invasion of illegal aliens, getting taxpayer funded benefits, protected by democrats in cities all over this country
a president inviting thousands of Muslims from the part of the world that hates us, with no real way of knowing what kind of people they are bringing in
–companies moving out of the country, –imports of more & more of the things we need & want because they are no longer made in our country–& our republican leadership?–AWAL , or in bed with obama, giving me as many excuses as any democrat for doing nothing–or worse yet
doing whatever obama & the democrats want–& THEY CONDEMN TRUMP?
–they need to look in a mirror

Look at the dates under Obama. It’s only 2009-2012, not his entire presidency. This is a misleading graph. Bush’s debt is bad, but Obamas is twice as bad.

Howdy Gowdy is the embodiment of Rush Limbaugh’s statement that DC is Hollywood for the ugly.

I simply don’t share your optimism that the “Republican electorate quite simply expects to be able to understand our economic and fiscal system”. Let me give you an example of one of the most fundemental issues in government that I would predict not one in one thousand voter’s even realizes, let alone understands the implications of, and that is how the government reports the management of your money. Most people have a very general understanding of debit and credit accounting as defined by the Generally Accepted Accounting Principles or GAAP. GAAP contains a series of guidelines that define how American companies are supposed to record their accounting data and present their financial statements. GAAP has been defined by the Financial Accounting Standards Board since 1973. The U.S. Securities and Exchange Commission requires that all American publicly-traded companies prepare their financial statements in accordance with GAAP. So when the individual investor is comparing two companies’ financial statements and performance this is in effect what they are utilizing as the comparative base. At a rather simplistic level the typical family household budget and finances are managed on GAAP principles, particularly as they relate to common debt and payments.

For the federal and state governments the GAAP guidelines are NOT used having been replaced by the Government Auditing Standards (GAS) that determines how performance and financial audits of government offices are to be conducted. This is known among government finance people as the “Yellow Book”. GAS rules are determined solely by the Government Accountability Office. You may think that the two frameworks are closely related but you would be wrong as GAAP is not applied to any government entities. The Federal Accounting Standards Advisory Board determines the financial reporting standards for federal government agencies. Frankly there is really no good reason for federal accounting procedures to be as complicated as the government has made them, except to make it as difficult, or in effect as impossible, to understand the federal money management process for the typical voter or even the GAAP trained accountant, as it is currently. So when someone states the government “cooks the books” that is basically false. They have a much easier method to manipulate the process by simply adding or deleting rules defined in the yellow book in close to total secrecy to the general public and within a closed review process largely exclusive of any outside review. The elected representatives on the House and Senate finance committees are largely clueless as well as to what is really going on at the detail level in the yellow book and for the typical voter it is a complete black hole. The debt amounts compiled in your chart are at least a factor of X4 understated if one were to apply GAAP accounting procedures to the federal debt, as we require from all American corporations on an annual basis. So while I agree with your conclusion that … “Democrats and Republicans in Washington DC are running a reckless, irresponsible, overly-complex, wasteful, and inefficient government, and making all of us pay for the consequences”, I would add one further critical fact, that most of us are totally oblivious regarding what the true real final payment due will amount too, other then it will be considerably more then the deceptive accounting outputs that are produced by the Government Accountability Office and its GAS output reporting.

PROGRESSIVES (BOTH REPUBLICANS AND DEMOCRATS) VS. THE PEOPLE

THESE ARE WHAT DIVIDES US. PLAIN AND SIMPLE.

Excellent article. Of the current crop of candidates the only one who I think is truly serious about shrinking government and practicing fiscal conservatism is Rand Paul.

Most of the folks with whom I am acquainted would consider me a very well informed person who is very knowledgeable on world events, history, and politics. On such topics, I can hold my own with just about anyone. BUT, I was 55 years old before I learned that the Federal Reserve Bank is mostly a private consortium of bankers run for profit and expressly designed to run up debt. And yet, this inconvenient truth is kept from us as the same people who own the Federal Reserve control most of the media and publishing houses, and make the biggest donations to our Congressional representatives.. Thus, our high school textbooks describe the Federal Reserve as a “quasi-government agency”, which is nonsense. Furthermore, the banksters who did actually conspire to create the Fed made our currency to be debt-based. That is the problem. Fortunately, thanks to the Internet and youtube more eyes are being opened to this monumental wealth-sucking machine.

Once the people truly stop believing in the American Dream, the banks go bankrupt. You will witness a strategic default on the country by it’s citizens. Why continue paying for something you are going to lose anyway?