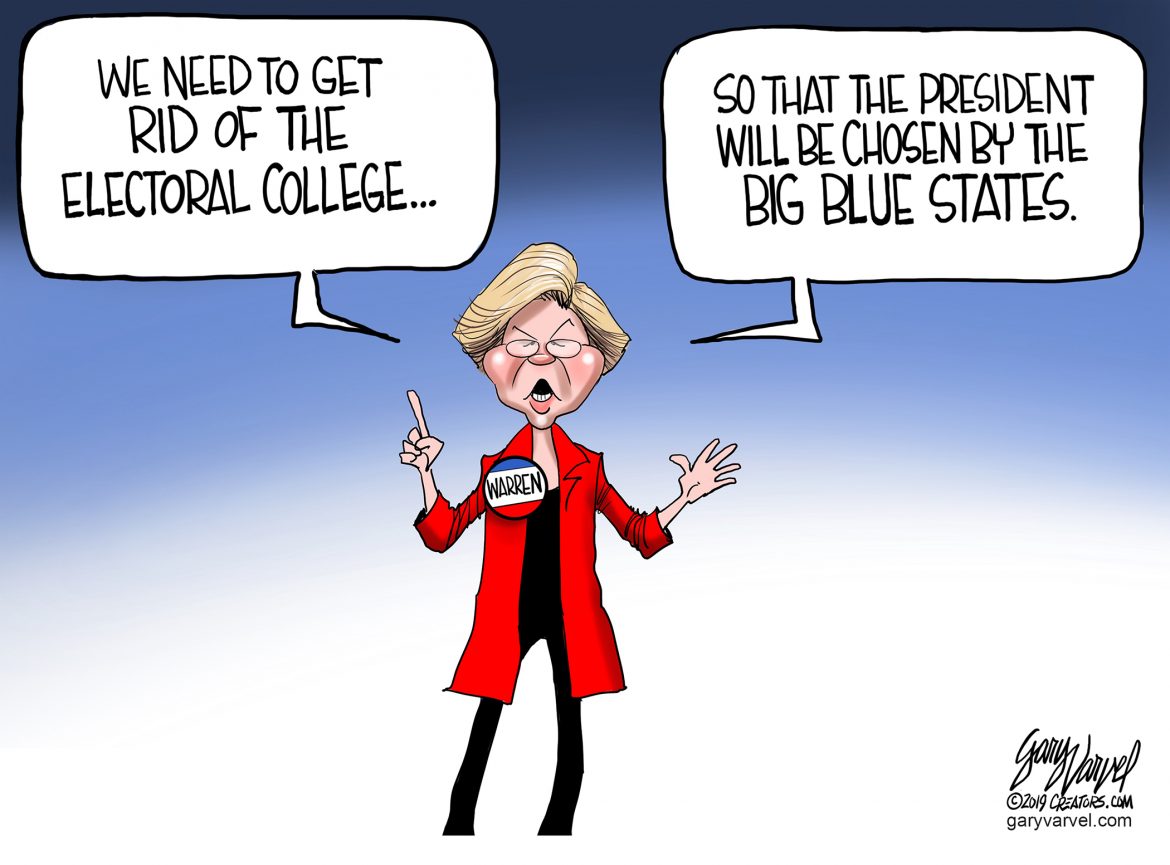 My concern with eliminating the Electoral College is the impact this change would have on the citizens of rural Virginia.  Let’s consider why our founding fathers created this institution.

The Electoral College is a process, not a physical entity.  It is established in the Constitution as the 12th Amendment.  It is compromise engineered in 1804, between election of the President by a vote in Congress and election by popular vote.

The Electoral College comprises 538 “electors.”  A majority of 270 electors is required to elect the President.  Virginia’s 13 electoral votes comprise our eleven members of Congress plus our two Senators: a total of 13 electoral votes.  The Electoral College “meets” in December after the presidential election, and the electors cast their votes for President and Vice President on separate ballots.  Virginia’s most recent electoral votes were tallied in a joint session of Congress on January 6, 2017. The sitting Vice President, as President of the Senate, presides over the count and then declares the victors.

Hillary Clinton won the popular vote in the 2016 Presidential election (65,853,516 vs. 62,984,825 for Donald Trump) but lost the election as Trump won 306 Electoral College votes nationally vs. Ms. Clinton’s 232. Five times in U.S. history, and twice in this century, a presidential candidate has won the White House while losing the popular vote.

So, might it make more sense to elect our President and Vice-President by popular vote?  Isn’t the 12th Amendment an archaic institution that no longer reflects the democratic will of the people? My short answer to these is NO.

The Electoral College gives smaller states such as Virginia an equal say in our Presidential election process.  As we learned in 2016, 65 million votes are not difficult to capture if you simply ignore “flyover country” and campaign exclusively in New York, California and the nation’s largest urban centers.  Because that’s where the votes are concentrated. –

Without the Electoral College acting as a check, elections become a pure numbers game, ignoring that the US was deliberately founded as a representative democracy operating under a “republican” (note the small “r”) form of government. This is clearly articulated in Article IV, Section 4 of the Constitution, which states, “The United States shall guarantee to every State in the Union a republican form of Government…” The framers of the Constitution, wary of unchecked power, created the United States as a Republic—a representative democracy, and not a pure democracy.

Presidential elections must not hinge on regionality and population density. When they do, California, New York, Chicago, LA, Philadelphia, et al can effectively disenfranchise the voters of ALL political parties in the Commonwealth and beyond.  The votes counted inside a few hundred square miles of America could negate your vote, and mine. In short, one could argue that absent the Electoral College, the “fix” is well and truly in!

Imagine a presidential election in which entire regions of the country (including rural portions of the Commonwealth) would not hear Word One from the national candidates, nor would they hear our more moderate views.  Without the Electoral College, Americans would see one candidate working the cities, and the other working the countryside.  And never the twain … well, you know.

Critics of the Electoral College say “Land doesn’t vote.”  That’s true enough.  But the voters who live on America’s vast prairies, among the mountain ranges, deserts and forests, deserve to have their say — at least as much as the glittering urban sophisticates from whom the Electoral College defends the American Way.

The Electoral College has served us well and does so in today’s polarized political environment.  Let’s tune out the latest political noise; stay the course and keep the system that ensures the voices and votes of the citizens of the Commonwealth will always be counted.