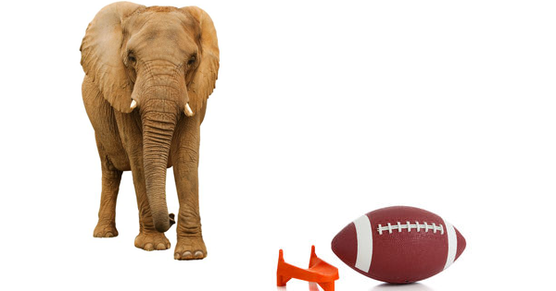 The End of Fighting

Over the past seven years, RPV has divided itself over the question of nomination methods. The primary versus convention fight has consumed a lot of time and energy from Republican activists and politicians. Fortunately, the debate has been settled. After much debate on the hypothetical merits of each method, and clinical trials of both methods, political science has conclusively determined that both methods are equally capable of producing losses in November general elections for our Republican candidates.

When I served on State Central from 2012-2015, I became increasingly frustrated that so much of my political volunteer time was consumed by meaningless debate over process. In the immortal words of Dale Peterson, Alabama Republican, “I just don’t give a rip.” In the days when we elected Republicans to statewide office, we separated moderate Republicans from conservative Republicans based on their positions on issues: taxes, spending, budget outcomes, social positions, etc. We had real results because we put real leaders in office, and those leaders worked to keep Virginia in its position as the best managed state in the country. But due to our own distractions, and obvious demographic shifts in the population, we stopped electing Republicans statewide. And our big fights that we expected to win, November elections, diminished as we had less to fight for. And we hit rock bottom at fights over process. We have not won a November election since then, and on that fact, I do give a rip.

With my scientific observations in mind, that either process leads to November losses so long as we distract ourselves with in-fighting, I proposed the compromise. But I had an agenda which I secretly cloaked until now. It turns out that when you are on State Central, you are a member of the advisory board of the Republican Party of Virginia, and in that sense you have a fiduciary duty to make decisions in the best interest of the party. And that’s when it hit me. My role on SCC should not be as a litmus test warrior (I had previously voted convention in 2012 and 2013) but as a person who should take the steps to focus on what puts the party in the position it needs to be. At the time, those priorities included addressing our cash and budget deficits and our outstanding debt. I could not in good conscience vote to authorize new debt to pay for a convention given our financial conditions (right-wing fiscal conservative that I am). That left me with the feeling that a presidential primary (shoot, now I’m a moderate) was the only way we could give RPV the financial flexibility needed to right the ship. But the primary camp didn’t have enough votes, and I’d always been in favor of conventions in races where we controlled the ultimate nominee, so I added a 2017 convention, and we had a compromise.

As I’ve said, we’ve proven we could lose an election with either method, but if we just allowed RPV and Chairman Whitbeck an open window to rebuild the party finances (they did), and took the most contentious issue off the table (it did), then we could free up resources to build the party. You’re seeing the fruit now. In 2015, we won both General Assembly houses. You see it in the massive volume of doorknocking that Lead Right has been doing this summer. As a body, RPV is clearly moving in the right direction, and it is producing results.

I don’t hold a position at any level of the RPV anymore. I have no title, no vote, no sway, but I do have an opinion. That makes me the lowest form of political life. But because I can be honest about myself, I can afford to be honest with you. Here’s what I would like to see SCC do this weekend.

1. It is imperative that a convention or a primary must be chosen on Saturday. This needs an outcome. SCC members have two things in common. They have fiduciary responsibilities to the party, and they aren’t chicken shits. If they punt the decision, they hurt RPV because it will cripple fundraising. They hurt the 2017 state office candidates, holding their campaigns hostage. These candidates will have to hedge their resources, campaign strategies, etc., because for three months they will not know what race they are running. It would be unconscionable to punish these campaigns, and refusing to make a decision does that.

(Side note: It was impressive that Senator Bryce Reeves took a position on this debate. Hope to see the other candidates be as clear, and demonstrate similar leadership, this week.)

3. Take the moral high road. There are obvious merits to both a convention and a primary for 2017. There are obvious demerits to both. But there is nothing but merit in being willing to sacrifice your self-interest (here, the preferred method) for the concept of the greater good of the party. The greater good is that we have not been fighting with each other. This is the most peaceable time we’ve had in RPV since about 2008. Sacrificing your self-interest, even just this one time, says more about you and your character and your love for the party, than anything you’ve done in the past, and anything you’ll do in the future. It would be nice to see members of the pro-primary camp earn the grudging respect of the pro-convention camp, and vice versa. It’s entirely possible.

This upcoming SCC meeting has something much bigger at stake than a nomination method. What’s truly at stake is whether we will view each other as honorable or opportunists. A vote to keep the convention in place sends the signal that you care more about the welfare of the party than any individual candidate or individual preference. A vote to change signals that you will always put your interest ahead of the party. The reader may disagree, but that is exactly how it will be perceived, and that makes it the reality.

Any one of the three declared candidates in each of the three statewide races can win the nomination, no matter which method is chosen. But the candidates will decide that amongst themselves. The SCC only has to ensure a fair process to all of them. What’s fair is making a final decision this weekend. But the first responsibility of the SCC is to RPV itself, and the right thing to do for RPV is to keep the peace and build off the better atmosphere, and better results, since the compromise passed.

Chip Muir is a former member of the State Central Committee from the old Third District. He's a former Richmond unit chair, vice chairman of the Third, and a former Assistant Attorney General of Virginia.

It’s not up to us, it’s up to the General Assembly and they won’t vote for it.

I know it’s off topic, but you know about this?

Agree that the SCC should stick with the compromise.

There is more though. There is something very special about a convention. It is a time when those who care enough to attend, get to see our Republic in action. They feel the power and the energy of a party. I highly recommend attendance if that is the choice.

Conventions are also big money raisers for the party.