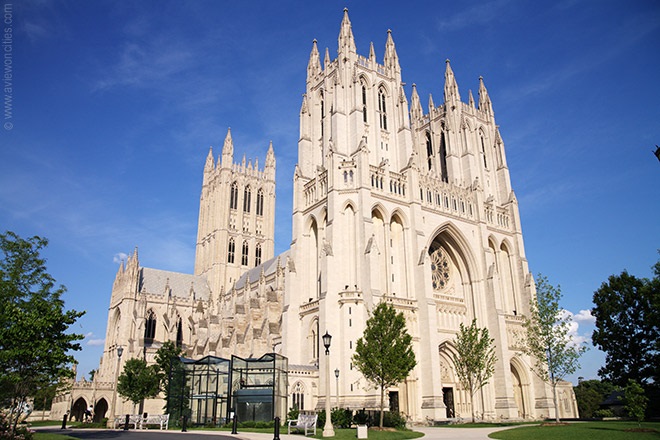 In 2017 Mr. John Massoud wrote an excellent piece on the current state of the Episcopal Church http://thebullelephant.com/what-happens-when-a-church-moves-away-from-god/.  In this post he described how the church’s split over the issue of liberalizing church doctrine and its drive to embrace progressivism has resulted in a dramatic decline in church membership and more importantly resulted in a church that has lost its way.

As a fellow Episcopalian I read this post with great interest and being the eternal optimist hoped that the Episcopal Church would return to its roots of serving the Lord above serving itself.  I am sad to report that this is not the case and despite the departure of numerous “old school” Episcopalians like me the Church continues to press on at full speed in support of its self-proclaimed political agenda.

The most recent example of this is an article that appeared of the most recent issue of The Virginia Episcopalian Magazine the Quarterly Magazine of the Episcopal Diocese of Virginia entitled “Toxic Injustice.” http://www.thediocese.net/Customer-content/www/CMS/files/Virginia_Episcopalian/VE-Spring-2019-hires-web.pdf.  The article focuses on the impact of the Atlantic Coast Pipeline on the communities and families in its path.  Fair enough, but the article then goes on to state that this is “a vivid example of environmental racism.” Since both white and black families are impacted by the pipeline, other than defaulting to progressive identity politics and the implication the author’s anti-fossil fuel  agenda I am at a loss as to why “environment racism” is warranted.

The article describes the formation of an “Interfaith Alliance for Climate Justice” to disburse funding to “advocates of environment justice across the region” and the use of civil disobedience sanctioned by the Episcopal Dioceses of Virginia to stop the pipeline in “light of an ecological crisis.”

As I pointed out to Episcopalian Leadership, this type of activity only divides a congregation and moves us away from the true purpose of a Church – to worship the Lord and to do his work.  I have several close friends who have recently departed the Episcopal Church for this very same reason and when I raised the issue of the Episcopal Church placing the achievement of its self-serving political agenda through civil disobedience above its members I was outright dismissed by Diocese Leadership.

Unfortunately I have also seen a similar scenario play out before in a different era and time but the results were the same.  During the Vietnam War (started incidentally by a Democratic administration under the false pretense of the Tonkin Gulf “incident”) numerous well intentioned activist clergy members in America literally tore church congregations in American apart under the guise of “doing the right thing” for Jesus.  These same clergy referred to our returning veterans as “baby killers” and “the enemy” and encouraged their parishioners to practice civil disobedience in the name of the Lord such as spitting in the face of those who were often drafted to fight an unpopular war. In spite of allegations by many such as the then influential Berrigan Brothers that American’s soldiers routinely committed atrocities and thus the moniker “baby killer,” history has proven that the North Vietnamese took this to the extreme.  At the battle of Hue alone thousands of innocent civilians were found bound, tortured, and sometimes buried alive.  But did these clergy members protest this or the “reeducation,” e.g. torture of our South Vietnamese allies after Congress cut and run?  Hypocrisy in the name of the Lord was taken to a new level.

As a conservative, I find this current situation extremely difficult.  By nature I am not a quitter and consider myself a man of principle, but I may have no recourse than to join others of the Episcopalian flock who have departed to join a denomination that does not place identity politics and civil disobedience above serving Jesus Christ.  Please keep me in your prayers as I grapple with this moral dilemma.

Unfortunately John was correct back in 2017. As of today the Episcopal Church continues to move steadily away from God in order to pursue a self- serving progressive agenda — sad but true.