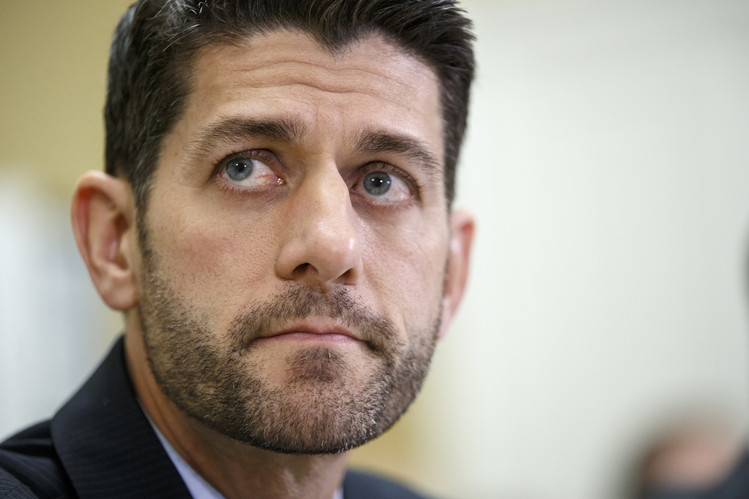 The Establishment Gets It Wrong

The new Speaker of the House, open-border advocate Paul Ryan (R-WI), who believes in unrestricted immigration, and has said that every American job should be in competition to anyone from any country, is now lecturing us on what is conservatism is and isn’t, and on “American values.”

The occasion of Speaker Ryan’s lecture was Donald Trump’s statement that all Muslim immigration should be temporarily stopped until “the country’s representatives can figure out what the hell is going on.”

“This is not conservatism,” Ryan instructed at a news conference Tuesday. “What was proposed yesterday [by Trump] is not what this party stands for and, more importantly, it’s not what this country stands for.”

Pardon me, where is the heavy lifting that qualifies Ryan to judge what the conservative movement thinks and values? The ocean that separates Ryan’s rhetoric from his actual voting record can be seen in his Conservative Review Liberty rating of “F.” He is to conservatism what mystery meat is to filet mignon; he simply hijacked the label, while performing as a big-government aficionado.

And what is all this nonsense about “American values” as it relates to excluding Muslim immigration? This country has a long history of adjusting its immigration policy to circumstances; including during two wars, and for many decades in the last century the U.S. had virtually no net immigration – on purpose – to allow for the massive influx of immigrants earlier in the century to assimilate. Two recent Presidents, Truman and Eisenhower, even deported millions of illegal aliens. Gasp!

Congress has absolute, plenary power over immigration policy and can, and has done historically, as it pleases. The idea that Trump’s proposal as it regards non-citizens is unconstitutional is absurd. And he has specifically said it would not involve U.S. citizens.

The establishment, of course, is wrong, again. They are the problem. We have an immigration nightmare right now, and we have a serious problem with Islamic radicals, because of the indifference and incompetence of the establishment, Democrats and Republicans alike.

Uncontrolled Muslim immigration, many of whom have not been properly examined prior to entry in the U.S., and a large portion of whom immediately go on public assistance, present a major security and economic challenge to actual American citizens, regardless of religion. It is self-evident.  And the polling that Mr. Trump referenced, along with substantial other polling, demonstrate that a minority of Muslims in the U.S. believe in violence as an instrument of jihad, and that there is a surprising support for sharia law.

The American establishment and their European counterparts are a flighty lot, and infatuated with multiculturalism and utopianism. It has been very obvious to the average citizen that it is a bankrupt concept, which is why Americans have been screaming for a generation to close the wide open borders and reestablish reasonable immigration standards concerning self-support, education and the prospects for assimilation.

The radicalism is not on Mr. Trump’s part in this controversy; it is on the part of those who suggest that to deny immigration or refugee status to Muslims for any reason, including the protection of U.S. citizens, is somehow unworthy of us as a country.

Considering the shameful operational incompetence of our visa system (40% of illegal aliens simply overstay their visas), the complete breakdown of law and order in Northern Mexico and the ongoing drug war in proximity of a wide open border, and the proven danger of Islamic radicals acting individually and in groups, some of us would go Mr. Trump one better; place a moratorium on all immigration for a period of time until we regain control of our immigration programs. Period.

The Establishment Gets It Wrong was last modified: December 8th, 2015 by Michael Giere
Establishment is the problemPaul Ryan unrestricted immigrationSharia law
83 comments