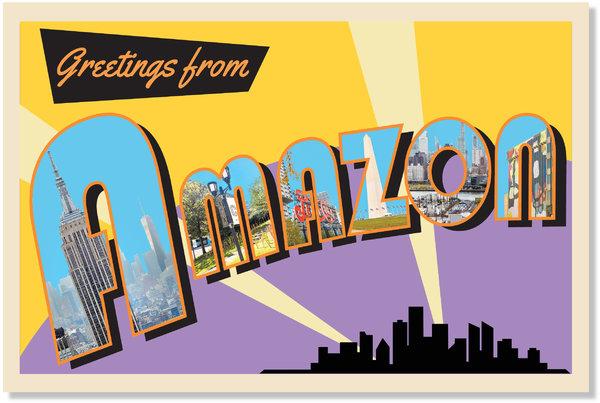 For veteran observers of the Virginia General Assembly, a brief oral exchange between an Amazon executive and the chairman of the Senate Finance Committee on Wednesday was a bright flash of insight into Virginia’s new political landscape.

You do not see people, especially not people seeking a major expenditure of state funds, get that cavalier with the chair in that committee.  The nervous laughter from the audience that followed, and then lingered for a few seconds, was exactly that:  Laughter from nervous people.

A very big player has arrived on the scene in Virginia.  Everybody else just moved back one or more steps in the pecking order.  Live with it.

The principals in this video snippet are Senator Emmett Hanger of Augusta County, co-chair of the committee, and Holly Sullivan, head of world-wide economic development for the massive firm bringing a new subsidiary headquarters operation to Arlington near Reagan National Airport.  Senator Thomas Norment, the other co-chair, sat silently for this moment, but earlier he had thrown his own verbal bouquet at Sullivan, seeming to apologize for asking tough questions in an earlier private meeting.

This was the first and perhaps most important legislative airing of the Amazon proposal and the record economic development incentives, discussed often on Bacon’s Rebellion and detailed on the Governor’s internet homepage (name any other economic development deal ever featured there.)  To call the “hearing” a love fest would be to imply an interchange among equals.

The bill being considered is Senate Bill 1255, sponsored by Senator Frank Ruff, and it creates the major grant program paying Amazon $22,000 per job created, with a potential payout of $750 million over several years.  Another Ruff bill, Senate Bill 1617, deals with the major higher education expansion Virginia promised in the deal, much of the growth coming to Virginia Tech.  As of this posting, neither bill is accompanied by a formal fiscal impact statement – we just have the information prepared by the proponents.

The consideration in Senate Finance lasted 15 minutes, mostly presentations of praise.  Not one senator asked a question after Hanger asked his.  No one from the audience asked a question or raised an objection when given a chance.  There were no slides going over the details, and nobody even asked if anything had changed from what was announced months ago.  It is safe to assume all of the legislators and staff had their opportunity to ask questions or raise objections out of the public eye, but we’ll likely never know.

Most of you may not recognize the significance of that thirty seconds shown above. But Virginia just changed. “Just kidding!” Sullivan shouted after walking away from the podium, before returning to soften the blow.  She may have been, but I’m not.

Stephen Haner is a contributing editor at baconsrebellion.com