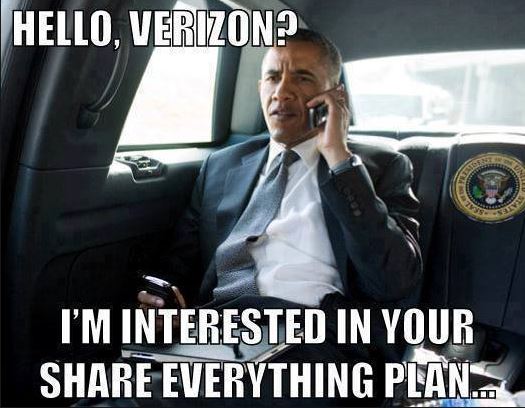 The Feds violating Americans’ ‘Security’ in the name of our ‘Security’

The recent debates over the sunset of the bulk collection of Americans’ “metadata” under the PATRIOT Act and other government searches and seizures provide valuable lessons if we are preserve the integrity of the Fourth Amendment.[read_more] 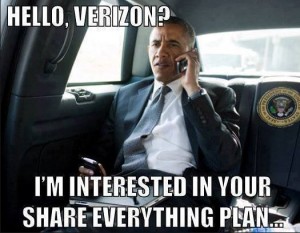 The Fourth Amendment is quintessential American law governing government. It protects the “right of the people to be secure against unreasonable searches and seizures of persons, houses, papers, and effects.” It is therefore enigmatic that violations of this right of Americans’ “security” are done in the name of our “security.”

It is only by understanding the true nature and purposes of the Fourth Amendment that we best protect against evil within society and within government, for it lies within both. That is inherent in the reasons why we have law, which includes our supreme, fundamental and paramount law over government, the Constitution and its Bill of Rights.

The courts have interpreted the Fourth Amendment to protect a “reasonable expectation of privacy.” That, however, has been a double-edged sword, especially in the digital age where so much of our private data is stored with contractors. The argument has now become that we lose the expectation of privacy from the government when we share this data with private parties.

That’s a flawed argument. Fourth Amendment author James Madison assuredly would not have believed that private papers shared privately with others were not protected from government snatching.

Each element of the Fourth Amendment, including “reasonableness,” is based in the law of trespass. Our “houses” are property, and that term was meant from day one to include places of business, as James Otis’ argument in 1761 about the Writs of Assistance targeting merchants shows. We also have a “property” in our persons according to John Locke, which is evidenced by the trespass of false arrest.

Of most relevance to the debate about metadata, a 21st century version of “papers and effects,” meaning personal property, there is the trespass of asportation, which is removal of such property without consent of the owner. The Fourth Amendment presumption should be that taking papers, effects, or data requires a warrant.

And, just as it is criminal trespass for computer hackers to disrupt or steal electronic records from businesses, the Fourth Amendment is most certainly implicated when government invades phone companies and other businesses for metadata.

In United States v. Jones from 2012, Justice Antonin Scalia wrote, “[F]or most of our history the Fourth Amendment was understood to embody a particular concern for government trespass upon the areas (“persons, houses, papers, and effects”) it enumerates … [and the] reasonable-expectation-of-privacy test has been added to, not substituted for, the common-law trespassory test.”

The “third-party” doctrine is irreconcilable with the Fourth Amendment. In Smith v. Maryland from 1979, the Supreme Court ruled that government does not need a warrant to collect certain records of our calls from phone companies because we do not have a “reasonable expectation of privacy” in those records.

It would have been virtually impossible for the court to reach this conclusion had it applied the private property and trespass test instead of the judge-created “privacy” doctrine. If phone records, metadata stored in the cloud, and other private property shared among people are treated as open to government grabbing without a warrant, then we live in a soft police state.

The snatching of such records without a warrant issued by a judge after a showing of probable cause must be presumed to be a trespass of asportation, which is more commonly known as “larceny” when done by private individuals. The “reasonableness” element of the Fourth Amendment accommodates legally recognized exceptions to trespass, such as for police to make stops under emergency conditions. But “willy-nilly,” arbitrary, and mass invasions on private property rights is not a legally recognized exception – at least not yet in America if people stand up to it.

It is no longer responsible, whether in policy debates or in the courts, to argue only this privacy angle and ignore the property rights and trespass foundations of the Fourth Amendment.

Judge-less administrative subpoenas must go.  Even with passage of the USA Freedom Act to replace some of the PATRIOT Act provisions, government may still get private property without warrants signed by judges, and without probable cause.

A warrant for searches or seizures is a judicial act, wrote 17th century English jurist Matthew Hale in his History of Pleas of the Crown, first published in 1736 after his death.

However, government agencies such as the DEA, NSA, EPA, EEOC, SEC, FTC, etc. are allowed to bypass judges and unilaterally issue their own warrants, and without probable cause. These administrative subpoenas go beyond collecting just phone metadata, and allow government to get emails and even “papers and effects” from third parties and even their original owners.

Created in the progressive New Deal era, administrative subpoenas are institutionalized violations of the Fourth Amendment. They are far more dangerous than mass, anonymous surveillance by the NSA precisely because they can be targeted at individuals and businesses to bully and violate free market, free speech, free association, religious and private property rights.

The PATRIOT Act’s sunset provision was beneficial in calling attention to the proper foundations of the Fourth Amendment, and hopefully will lead to more reforms to correct other violations of this quintessentially American Bill of Right.

The Feds violating Americans’ ‘Security’ in the name of our ‘Security’ was last modified: June 5th, 2015 by Guest Contributor Mark Fitzgibbons