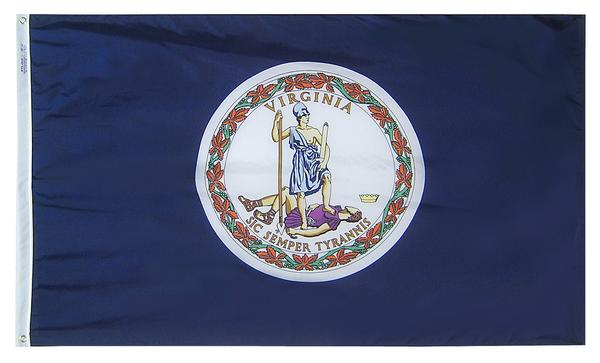 The Fight for Life and Heritage

I have noticed a big difference between the people of the western and southwestern states where I was born and raised and some of the people of Virginia, where I have spent over half my life. People in the West and Southwest descended from people who moved inland into what was then unsettled land – the frontier – looking for opportunity and a chance to make things better for themselves and their families. That was more important to them than the security of east coast cities and “civilized society.” They were their own masters and their own source of help and defense. Neighbors helped each other because there was no one else available to help. And if you had no neighbors, you did for yourself or you did without. Many people died in the attempt to settle and build a land of opportunity, but live or die, the people who sought to build lives for themselves and their families felt the potential reward was worth the risk.

People native to the east coast descended from people who were quite satisfied with their cities and their societies. They stayed on the coast because they wanted stability for themselves and a police department to protect them. They were happy to let “the government” take care of them.

Not everyone in the East is that way. We have a lot of folks in the western half of Virginia, for example, who are self-reliant, who are perfectly capable of taking care of themselves, and who are perfectly happy to do so. In fact, the majority of Virginians used to be that way – until the social justice carpetbaggers started invading the Commonwealth. They came to northern Virginia and to Tidewater in search of secure, plush federal government jobs. They came to our universities to teach our brightest minds that big government and high taxation are good because they allow big government to take care of everyone – even the people like my forebears who just wanted the government to stay out of their lives. And because so many of those carpetbaggers have moved to Virginia and infected so many of our brightest young minds with their socialistic ideas, we just elected a General Assembly that will remove the ability of self-reliant people to be independent human beings. Big government gets bigger by taking more control of people’s lives. And the folks around where I grew up and around where I now live don’t want the government to do that. Yet here we are, with a state capital (as well as a federal capital) full of socialist wannabe’s who plan to vastly expand the government and remove our freedom to be our own persons.

As I recall from the history books we used before liberals took over our schools, the American colonies fought a bloody and costly revolutionary war to get out from under the thumb of a mad king and a big government that chose to keep the common person under its thumb. We fought to enjoy our God-given right to life, liberty, and the pursuit of happiness. But Virginia Democrats have already promised that in January they will take away the right to life that God Himself gave to babies both unborn and barely born. And once they denigrate life to that extent, they will remove the right to life for old people, for special needs people, for people who don’t think like the majority, for people who don’t look like the majority. The Nazis (the National Democratic Socialist Party) did it in Germany. Do not think for a minute that it cannot happen here.

The Democrats have also promised to pass laws to remove our right to possess the weapons needed to defend ourselves from this tyranny. It’s all part of a pattern that has been used time after time in the takeover of nations.

People did not risk their lives building America so that the government would provide their every need at the cost of their dignity and freedoms. They risked everything to get away from the heavy-handed rule that had smothered their existence. Unfortunately, our rising generations and the carpetbagging social justice warriors have lost the sense of opportunity and self-reliance. Instead they seek safe spaces and a total lack of independent thought and action. Independence is unpredictable, and that scares the snowflakes who have gained control of Virginia’s General Assembly. You can count on the Democrats to limit independent thinking and to destroy the advantages Virginia has had over other states in attracting businesses. They will do their best to destroy our heritage of dignity, self-reliance, freedom of action, and opportunity that is limited only by one’s own imagination.

Unfortunately, we no longer have new lands to explore, to open up to opportunity. All we have is what there is around us. In this recent election we have given up much of our ability to restore our proud heritage in Virginia. But we still can fight for what it right, for the Constitution, for honest elections, and for the dreams and hopes of our children. It’s a much tougher battle than it was a week ago, but it’s still winnable – if more Virginians will just wake up to the danger and enlist in the fight for their own and their children’s future.