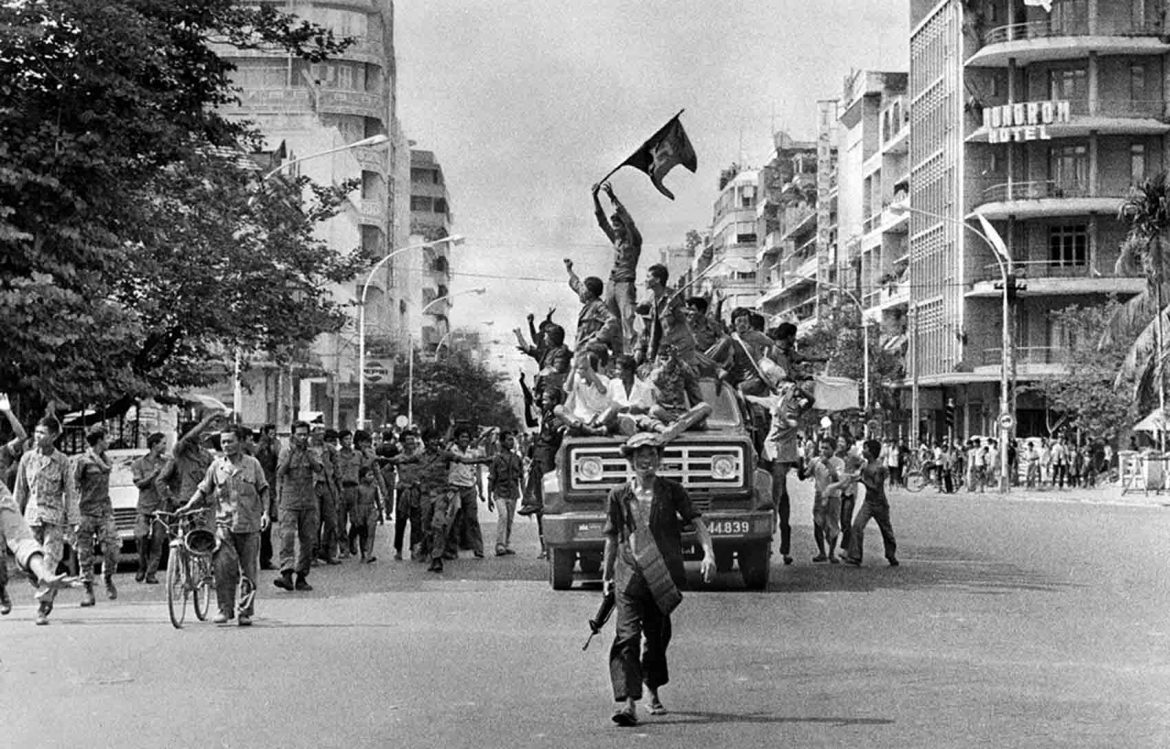 The Fight of our Lives III – Sara’s Story

It is one thing to study the totalitarian state from the safety of books and film. While your head may be stuffed full of facts and figures, such as – Mao killed perhaps sixty million people – the truth is that none of us can really grasp the enormity of that evil or the depth of that darkness.

It is altogether another thing to come face to face with victims of that kind of evil, or to read in the words of the radicals themselves, how they actually plan to murder people to build whatever utopian vision they have. The cold depravity of their words leach into you.

Coming to Washington in 1981, I was fortunate enough to be mentored by some remarkable men who were recognized experts on the worldwide radical socialist movement.

I had the opportunity to read the summaries, case notes and other papers written by the FBI on the hundreds of active communist fronts and movements in the U.S.

It was stunning to read these Ivy League educated radicals actually discussing the elimination – murder – of millions of American citizens, who they surmised could never be “reeducated” in their new America.

Likewise I had the privilege of working with the original files captured during the liberation of Grenada. Reading the notes, comments and records of the various internal meeting and communication was eye opening and sobering.

These were no utopian dreamers, but hard core communists, who knew exactly what they wanted to do, regardless of cost.

However, most compelling was the real life stories of those who had escaped tyrannies from Eastern Europe to Asia. I had the opportunity to take part in compiling stories of some of these men and women – and they better than any textbook, gives one a glimpse of what the socialist mindset turned into action really is, or will become. They are difficult to hear and read. But we dare not ignore them.

The American name she adopted was Sara.

She was only twelve years old on April 17th, 1975, when the Khmer Rouge communists that had laid siege to Phnom Penh finally entered the city. The war-weary citizens cheered along the streets at what they presumed was a liberation from the existing despotic rule.

Sara’s parents were doctors, thus prime targets for the conquering communist rebels whose stated goal was to “change” the former French Protectorate within French Indochina into an “agrarian society.” A utopia.

To do so, the first task of the Khmer Rouge was the premeditated and systematic elimination of the professional classes; teachers, lawyers, bureaucrats and doctors, and emptying the cities by force-marching the populations into the Cambodia countryside.

In an ironic twist chronicled time and again throughout the history of the radical socialist movement, the Khmer Rouge communists were actually not the children of the downtrodden and poor, but rather children of the comfortable and well-to-do. The young men who would become the Khmer Rouge leadership were sent off to be schooled in Paris after WWII and early 1950’s, where they fell under the sway of the French Communist Party and formed their own far left wing radical fellowship.

Among these privileged Cambodians, young Saloth Sar – who would later be publicly known as Pol Pot – emerged as the primary leader of the future genocidal murderers. He was largely a failure as a student in both Cambodia and in Paris, but became a devotee of the most successful mass murders of the twentieth century – Stalin and Mao.

Pol Pot and his comrades, like his heroes, were bloodthirsty and profoundly evil. Their revolution did not go awry, or simply get out of hand. It was a detailed and deliberate exercise in mass murder which worked exactly as they planned.

Within days of the fall of Phnom Penh, Sara, her younger brother and her older sister were forced to witness the execution of both of her parents in their home in Phnom Penh.

But, there was no time for tears or grief.

With little but the clothes they were wearing, the three new orphans were immediately put into a line of marchers stretching out as far as the eye could see, heading over the horizon out of Phnom Penh, east into the unknown countryside.

They were forced marches of misery and death.

Stragglers were punished severely, crying was not tolerated and any sign of non-compliance was met with the “hoe,” or a wooden club, the favored execution tools used by the Khmer Rouge. The victim would be removed from the line, and in front of horrified marchers for maximum shock effect, the kneeling person would have their neck crushed. No bullet was wasted.

After being marched into the Cambodia countryside, huge masses of Cambodians were expected to plant fields, harvest crops and work the land, or be sent out on construction brigades of various types. Most of them – like the leaders of the Khmer Rouge itself – knew next to nothing about growing crops. Reduced to eating insects, tree bark and grass, over one million Cambodians simply starved to death or succumbed to illness.

Another million, perhaps two million, were systematically tortured, raped and murdered for minor infractions or on the whim of some official. Mass executions on the edge of open pits were commonplace for those who could not work or the ill, and left in full view of the other prisoners as a constant reminder of their fate.

Once in eastern Cambodia, Sara and her siblings were separated, and although she sometimes caught a glimpse of them in the camp or in the various fields, she was not able to speak to them. Finally, she learned that her younger brother had grown ill and died.

Crying was forbidden and Sara learned to weep in her soul.

In the second year, she found herself working in a field close to her older sister, and they managed to find time to talk. Sara had heard whispers that some Cambodian escapee’s had walked north into Thailand. To be caught meant public torture and execution, but Sara and her sister determined they must try to escape together. Tragically, before they could accomplish their plan her sister grew very ill, but encouraged Sara to try alone.

It would be the last time they saw each other.

The fourteen year old escaped from the fields at an opportune moment near dusk and ran and walked by herself through the jungle and the mangrove swamps, hiding in the think growth when she heard soldiers that she knew were searching for her. She subsisted on eating grubs and plants she could find on the way and fashioned large leaves as foot covering when her already fragile sandals came apart and left her barefoot.

Guided only by instinct and determination, she lost track of the days that had gone by, but one morning miraculously ended up crossing the border into Thailand. There she was lucky enough to be sent to a refugee camp, and would later be chosen to come to the United States.

She lived to tell her story.

The battle for human liberty, freedom and dignity in the twenty-first century can be reduced to one simple question:

Whom in this New Age shall man worship?

Will he worship the transcendent Truth that laid out universal, immutable laws of both nature and man? Or, will he worship himself, and his technology and creations, becoming the gods of an age of darkness?

Dear Friends, Os Guinness is one of the most respected social critics and profound thinkers in the country, and has a world-wide reputation. He’s authored nearly 40 books, and his latest book, Last Call for Liberty,  will be released next week. Os is a gifted and captivating speaker, and will be introducing his new book On November 1st, at the National Press Club in Washington, D.C. This new book could not be more timely.  Please see the information below. MG

The Fight of our Lives III – Sara’s Story was last modified: October 18th, 2018 by Michael Giere