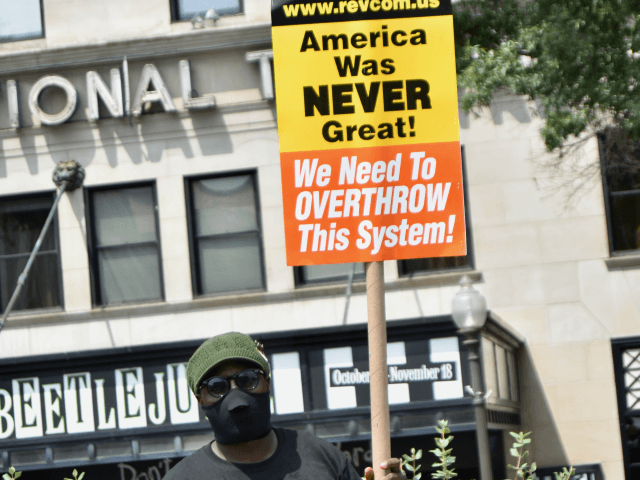 The Fight of our Lives – Part II

The public, in-your-face, reemergence of the violent, radical left in the form of the “resistance” movement, Antifa, BLM, numerous anarchist groups, Occupy Wall Street and many hundreds of other like-minded groups across the country, should shock no one.

They never went away. They just changed names.

Forty years ago they were the “days of rage” groups like the Students for a Democratic Society and their offshoot, the Weather Underground, the Black Panthers, various revolutionary “liberation” groups, the FALN and many, many others.

Regardless of the decade, these radicals all share a common hatred of America and her “illegitimate” founding. Their revolutionary dogma mimics each other and uses largely the same playbook. Relentlessly attacking and breaking down every American institution in any way possible – especially the Constitution and the founding documents. (Fight of our Lives, Part 1 click here.) Attacking unsympathetic policy and policy makers, using ridicule and character assassination and scandal, even if it has to be fabricated. Arranging and financing “organic” protests and events that the media will cover. Finally, escalating to violence to intimidate the general population.

The only difference over the last fifty years is that now the radicals have escaped from the basement and find themselves with the deed to the Democratic Party – free and clear.

The public breakout moment was the recent battle over the confirmation of Judge Brett M. Kavanaugh to the Supreme Court. It was a textbook, choreographed political attack by the radical left shamelessly fabricated and presented without a single credible witness and no evidence whatsoever. Yet, every Democrat in the Senate, save one, joined in the preposterous show trial and virtually every public statement by a Democratic member of House supported their Senate comrades.

No doubt many Americans saw for the first time what the Democrats have become; a gaggle of haters, intellectually insolvent, hurling vicious personal attacks and obvious lies, and openly supporting the concept of “the ends justify the means” – mob rule – regardless of the damage done to any person, or family, or even the nation.

This is the new Democratic Socialist Party. For over one hundred years the organized radical left has been progressively grinding away at the American culture, education, the Christian-Judeo ethos, constitutional governance, and the concept of individual liberty – like sandpaper against a priceless painting. The Kavanaugh hearings were just a tiny piece of the mosaic.

Make no mistake; the fall of the American constitutional structure remains the crown jewel and ultimate objective for the organized socialist movement. They will publicly claim that isn’t so. But their history speaks a different language.

Once in power, socialists eventually – most often sooner rather than later – become tyrannical. It follows as surely as night follows day. What will start out as an emotional appeal to better the society through collective action, soon becomes the draconian hammer of conformity, mediocrity and economic scarcity. Free exchanges between willing parties, freedom of speech and conscience are continually restricted, and as the economy becomes less productive, as it must, then freedom of religion and freedom of assembly become enemies. There are no exceptions to this truth.

It is the people of God vs the people who think man is his own god. And where men reject God, only evil remains.

During the 1980’s I had the occasion to participate in the compilation of the stories of refugees who had fled various socialist-communist regimes, followed by the opportunity to write the official paper for the U.S. government on the internal workings and foreign policy of the Marxist government of Grenada using the internal notes and documents that had been recovered by the Marines and the C.I.A when the island was liberated.

Even for a well versed and veteran cynic, these occasions left a mark for life. I came away with the sure knowledge of one thing; the difference between nascent socialism and out and out tyrannical Marxism in one form or another is merely a function of time.

Presenting and focusing the battle for the Constitution and the importance of the Bill of Rights to a woefully uninformed public (thank you school system and media!) – not to mention the consequences for losing that fight – must become a primary line of attack for conservatives and Republicans.

It’s the fight of our lives.

[Read this Friday’s post for Part III, the true story of  Sara, and the consequences of failure.]

The Fight of our Lives – Part II was last modified: October 18th, 2018 by Michael Giere