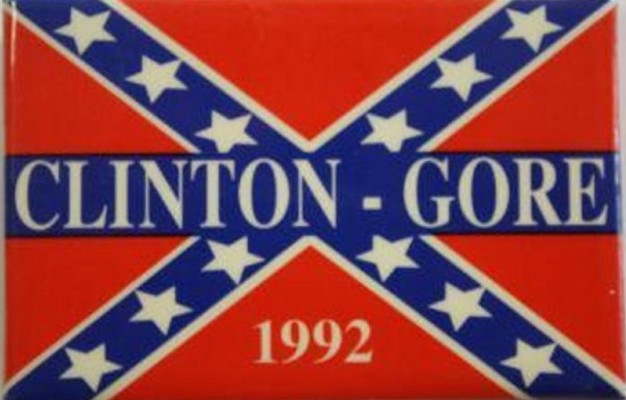 The Flag Must Go: Reclaiming the Mantle of Lincoln

Are we the Party that defends the rights of the individual against the heavy hand of government, or aren’t we?[read_more]

I ask because if you’re a member of the black community in this country, in the current media environment you could be forgiven for thinking Republicans only care about some civil rights and not others, or about some types of people and not you.

TO BE CLEAR, I’m not saying this conclusion is correct.

What I am saying is that there is a very real, very widespread perception that Republicans are overtly hostile to the progress of racial minorities.  The GOP has all too often has been seen to be opposed to things important to black Americans both substantively (e.g., fights over renewals of civil rights legislation) and symbolically (e.g., stubbornly failing to recognize the powerful hurt inflicted by state-sponsored celebration of the rebel flag).  Like it or not, that’s the perception.  We can and must fix that.

Among many black Americans, Republican support for limits on government power ring hollow when accompanied by either active support of (or silent acquiescence to) a criminal justice system that is perceived–rightly or wrongly–to violently oppress much of the black community.  My friend Mark Jaworowski and others are of course correct when they argue that much of this perception is fueled by a cottage industry of race hucksters in cahoots with Democrat strategists and their media allies who all profit from fanning the flames of racial resentment.  No doubt there.  But that does not mean that we are powerless to fight back and to regain the mantle of the Party of Lincoln. 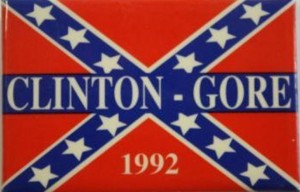 The first step to climbing out of the hole is to stop digging.  The current kerfuffle about the rebel flag is a good example.  That flag is undeniably a symbol of racism, tyranny, and oppression.  It is many other things, too, and I don’t doubt the sincerity of those for whom the flag is a positive emblem of Southern heritage.  But it is also the most visible representation of a regime of slavery, and the flag’s resurrection in the 1960s (by Democrats like Fritz Hollings and former KKK Grand Cyclops Robert Byrd) was a direct reaction to the Civil Rights movement.  Democrats delight when any Republican opens his or her mouth to defend it.  It’s none of our business what people do with it in private life, but it has no place being promoted and celebrated by state governments.  South Carolina Republican Governor Nikki Haley is right: it needs to come down from the South Carolina capitol.

Next, we must act.  Back in the early 1970s when the world was in the throes of the Cold War, President Richard Nixon took the bold step of opening relations with Mao’s China, a move calculated to, among other things, split the Communist bloc and reduce Soviet influence in Asia.  Nixon’s career as an ardent, hard core anti-communist gave him political cover against charges of being soft on the brutal Chinese dictatorship—cover that none of his Democratic rivals could ever hope to have.  Thus the axiom that “only Nixon could go to China.”

Likewise, in today’s poisoned racial-political environment, only strong, conservative Republican leadership can bridge the gap.  Democrats will continue to try to profit from keeping the gap as wide as possible just as long as they can get away with it.  If our country is to heal, it is up to us as conservatives to do it.  As ironic as it may sound to some, only Republicans can give full life to Dr. King’s dream.

The mess we’re in now shows that it’s not enough to whine and complain that the media are unfair or that the problem is someone else’s fault or someone else’s to fix.  At the end of the day it also doesn’t matter if we have the truth and the Constitution on our side if we don’t have the ability to persuade the rest of the country of that.  That’s just more spitting into the wind.  Only our actions will fix things.

I don’t pretend to have all the answers, or to have the solution mapped out, but we know it involves actually showing up and asking for votes.  In Virginia, Ken Cuccinelli did a good job of this, as did Ed Gillespie.  Rand Paul makes a habit of speaking to audiences at historically black colleges.  All a good start.

It’s also about caring openly about issues important to the black community.  As Republicans we rail constantly at bureaucratic abuses of zoning laws, environmental regulations, the tax code, etc., but government is at its most abusive when it wields a billy club and a pair of handcuffs.   Thus, we must also be seen to be fighting back against the excessive use of force just as vigorously as we demonstrate and lobby on other issues.  If we’re truly the Party of individual rights, this should be a no brainer. (That said, it’s equally a no brainer that we shouldn’t merely react to this or that sensationalist story that later turns out to be something different than Al Sharpton wants you to think it is).

The point is that we have the intellectual and policy tools to engage and win in the black community.  But we can’t even begin to do that if we try to defend things like flying the rebel flag on state property, or putting it on state license plates.

It’s not about erasing the past, it’s about writing our future history.