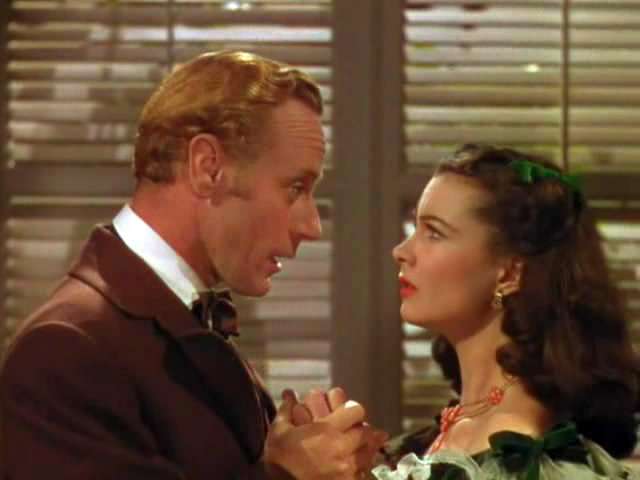 The Folly of Unrequited Conservative Love for the GOP

Gone With The Wind

That Margaret Mitchell.  She certainly knew how to capture the folly of unrequited love.  Most of us know the story.  Scarlett Oâ€™Hara believed she loved Ashley Wilkes and that he loved her back.  Perhaps Ashley thought he loved her in return, but he knew that he could never live with her.  So, Ashley chose his cousin, Melanie Hamilton, to marry because she was of his blood and she understood him. Scorned by the man who she thought belonged to her, Scarlett spends years trying to win Ashley back.  The tragedy of this unrequited love is that while Scarlett was tormenting herself, Rhett Butler was right in front of her nose all the time, willing to take care of her and love her as an equal.  In the end, Scarlett realizes that her love for Ashley had been in vain and that her folly had kept her from being happy.

Poor Scarlett.Â Â And poor conservatives.Â Â For years they have been faithfully voting for Republicans under the delusion that the GOP cared about them as much as they have cared about the GOP.Â Â But just as Scarlett wasted away her best years, so have tens of millions of moderate-income conservatives wasted their political lives and energy on a party whose leaders look down upon them with condescension.Â Â Â What fools theyâ€™ve been.Â Â Just like Scarlett.Â

As Ashley toyed and trifled with Scarlett, so have GOP politicians toyed and trifled with conservatives, by promising to provide border security, school vouchers, real middle-class tax relief, and ending anti-white/anti-Asian affirmative action.  But just as Ashley left Scarlett for another woman, so have GOP leaders left their rank and file for the donor class.  Beginning with the failure of the Republicans to control the border as promised in return for the 1986 amnesty and the broken promise of â€œno new taxesâ€ by George H. W. Bush in 1991, the conservative rank and file should have long realized that their Ashley Wilkes was going to leave them at the altar â€“ if they ever have made it that far.

The tragedy is that all along there were politicians who really played the part of Rhett Butler and genuinely cared for working class conservatives, rather than the GOP leadership who have for decades hobnobbed routinely with the Donor Class and have barely condescended to dismiss the rank and file as Tea Party lunatics.  Populists such as former Senator Jim Webb, who spoke up for the working class, have been scorned by conservatives because they were from the wrong side of the aisle or because they wrote steamy novels.

While Democrats are undoubtedly off the wall when it comes to Open Borders, health care for illegal aliens, and reparations for slavery, among other things, I must admit that SOME of the programs being advocated by Elizabeth Warren pluck more of my populist strings than just about any GOP politician.

Be assured I am very likely never going to vote for a Democrat for president.  However, the conservative rank and file needs a Rhett Butler more than it needs Ashley Wilkes.  It needs a deeply committed populist wing, with members who will actually fight for (a) school vouchers and school choice, (b) safe neighborhoods for all working class folks, (c) lower health insurance premiums, (d) reduced college tuition, (e) trade school and apprenticeship programs, (f) an E-Verify system with teeth that will give preference to AMERICAN workers over low-skilled illegal aliens.  And most of all, we need a populist wing that will provide tax relief that primarily benefits the middle class â€“ and not the donor class â€“ so that young working class people can afford to raise a family.

The Folly of Unrequited Conservative Love for the GOP was last modified: July 10th, 2019 by Guest Contributor Mark Jaworowski