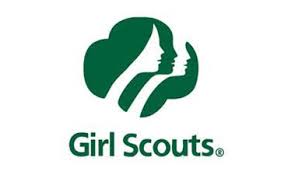 The Girl in Girl Scout Is Now Optional

The world has gone mad. First the Boy Scouts allow gay leaders to lead little boys into the woods to camp and now Girl Scouts will allow boys who dress as girls to sleep in the woods with little girls. [read_more] From onenewsnow.com

The latest announcement, says Linda Harvey of Mission America, is that little boys from kindergarten through high school can join the Girl Scouts, if the boy considers himself a girl.

“In other words, he calls the shots,” Harvey says of young males. “He is the one that determines the rights and privacy of authentic girls.”

What about the little girls who don’t want a boy in their tent or in their bathrooms watching them undress? Do they have no rights to privacy?  Apparently not.

I suggest that little girls join Heritage Girls, the fastest growing group for girls whose parent’s don’t want them subjected to the far left agenda of Girl Scouts but do want their daughters to be in a group that celebrates God, family, community, and country.  And they don’t allow little boys in girl’s bathrooms or bedrooms.

More on the ‘new’ Girl Scouts here and here.

The Girl in Girl Scout Is Now Optional was last modified: April 26th, 2015 by Jeanine Martin

As Sailblazer’s ADULT daughter who is a GS Troop Leader, I can tell you that this is not a widespread issue. GS also allows for “independent” scouting, meaning that if a child is not able to join a troop, they can still participate in the GS program with their parent supervising their Scouting achievements. As with any organization, there are going to be policies I agree and disagree with. (government, education, recreational sports leagues, work policies, volunteer activities –you name it. There’s probably not a single organization that exists where its members, employees or participants completely agree 100% with every rule and parameter.) As a volunteer in GS, I try to affect policy from within and there are more pressing issues than this that we’re dealing with on a local level. As for me and my troop, we will continue to better our community in a positive manner. As a leader, I will continue to assist the girls in learning about their community and interests. It’s girl-lead. It’s my role to help them experience the things that interest them. Camping, leadership, charity work, learning to be good stewards of our world, financial literacy, etc. Ultimately all the events and activities we work on over the course of the year will hopefully give them the skills to help them become self-sufficient, responsible adults. As a Christian, I can only say that it is not my place to judge someone. That authority and power lies only with God and for anyone to put themselves in His shoes just astounds me. And yet I wonder: Who are you to judge these CHILDREN? God doesn’t make mistakes, right? AHG is also a wonderful organization. I’m happy they exist and that their membership is growing. It’s a shame that so many people want to throw the proverbial baby out with the bathwater when it comes to GS.

“As a Christian, I can only say that it is not my place to judge someone. That authority and power lies only with God and for anyone to put themselves in His shoes just astounds me. And yet I wonder: Who are you to judge these CHILDREN?”

So are you judging the authors judgement right now? Would that be a form of judgement? I thought you said you couldn’t judge. Or maybe you are just using incredibly poor reasoning as opposed to actually applying Christian teaching.

It is perfectly appropriate to judge the actions and polices of an organization. For instance when you list all of the thing you like about the organization you are also “judging”.

What astounds me is your complete lack of logical thinking dressed up as adherence to Christianity. If you would like to use poor reasoning go ahead, but don’t blame Jesus!

Virginia Farmer- Perhaps I should have said, “Who are any of us to judge, rather than ‘who are you’…” My mistake. It was meant to be rhetorical and realize that by even asking the question that it is hypocritical. Guilty. Certainly the author of the post can say whatever she wants. It’s her forum, her opinion. And for the record, I don’t blame Jesus for anything. Not sure how you inferred that.

the Girl Scouts have always been a far left organization. I remember all their feminist and environmental activism in the 1970s. More than 40 years later, it is no surprise they they allow and enable gender-confused boys to participate alongside the other members. It is laughable that people are just starting to realize this…

The culture is irrefutably moving leftward. We conservatives have three options. (1) Do nothing, (2) form our own groups (e.g., Heritage Scouts), or (3) wage the internal struggle in the lair of the Liberal Beast. And while Options 2 and 3 are equally effective, my wife and I opted for Option 2. While not all Girl Scout troops have gone bonkers, I have heard enough stories through the years to have kept my two daughters away.

Hmm, first Girl Scouts organization jumps in bed with Planned Parenthood, and now this. Too bad liberals have destroyed another pillar in wholesome American childhood.

Talk about bomb throwing … this vicious hit piece on the Girl Scouts is just plain irresponsible. The Girl Scouts are a superb organization, doing their best to keep up with the changing times. And since when did a group called Mission America start making announcements on behalf of the Girl Scouts.

The situation that Jeannine posits would be EXTREMELY RARE, and is covered by the Girl Scouts thusly: “These situations are rare and are considered individually with the best
interests of all families in mind. Should any ‘girl’ (quotes are mine) requiring special
accommodations wish to camp, GSUSA recommends that the local council
makes similar accommodation that schools across the country follow in regard to changing, sleeping arrangements, and other travel-related activities.”

Republicans who are hypersensitive about “the gay issue” are not helping us accommodate an important segment of the population, which we need to win elections.

The world may have gone mad in many respects, but the Girl Scouts have not, and throwing such a fine organization under the bus by quoting Mission America (a group devoted to gay bashing) is really sad. The Bull Elephant deserves better.

Good morning, Eric … purveyor of slanderous propaganda. The girl scouts do not promote a “far left agenda” as Jeannine irresponsibly suggests. Nor do they support “anything that is anti-Christian, and anything that would dishonor girls,” as Linda Harvey of Mission America claims. Girl scouts are a local organization, and not involved in a worldwide effort to corrupt young women. In fact they have practically zero contact with the national leadership. My daughter spends countless volunteer hours enriching the lives of young girls through GS. Their latest ‘subversive’ activity was visiting Maymont to learn flower arranging. May I also add that she is a devout Christian.

I think its fair to say that not every single girl scout troop believes in the leftist tenants described here, nor was the same posited here. What’s under discussion is the larger Girl Scout national leadership and its positions. I can see how you could conflate the two.

I know that some parents have decided to leave the Girl Scout in favor of American Heritage Girls, simply because they don’t want to implicitly support the national organization’s policies. If you’re happy with your local troop, great…and I applaud you for getting your daughter out of the house and involved in such a wholesome activity (genuinely, I mean that). But that doesn’t fundamentally change the facts of the story.

The fact is, the “facts of the story” are not facts at all, just misguided individuals smearing an entire organization for some imagined conspiracy against our young females. Now can we get back to electing conservative republicans?

I’ve actually been working on conservative non-profit efforts for over 2 hours this AM. And most of that does not involve elections. The real work has little to do with elections, and everything to do with people and the culture.

Me thinks you are the parent of a girl in Girl Scouts or a boy who aspires to be a girl. In either case, my heart goes out to you.
My points are not about gays but about another institution in our society that has been taken over by the far left. It’s a shame.

God bless the Heritage Girls. Anything that provides a wholesome message and environment is wonderful. But is it necessary to slander and disparage the entire Girl Scout organization in order to promote Heritage Girls? To suggest that Girls Scouts have been taken over by the far left is just crazy talk. I know of no local evidence of this virulent anti-Christian “agenda” you propound.

Here is their message: http://www.girlscouts.org/program/basics/promise_law/
Doesn’t sound very subversive to me.

No one is slandering Girl Scouts to promote AHG. That is your strawman fabrication you created to diminish and impugn the story. The details about the Girl Scouts stand independently, even if there were no AHG groups.

Because we can no longer “Just Say No.”