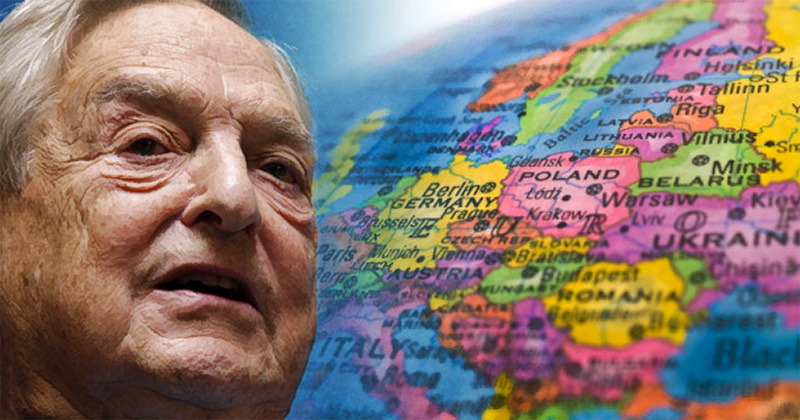 George Soros is a billionaire who consistently funds globalist and multicultural initiatives.  He is a pariah to anyone interested in preserving and advancing nation states and their citizenry.  He has done great damage around the world because he is ruthless in his opposition to unique national cultures.  However, while he is a well-known figure, he is not alone – Merkel, Macron, Trudeau, Obama, the Clintons not to mention much of academe and the news media are on the globalist bandwagon.

The election of Donald Trump to be President put a temporary stop to the ideas of world rule by Plato’s oligarchs.  Trump, by focusing on the needs of the people rather than the power of the State, has seriously blunted the open society globalist agenda.  Notably, Trump’s election has emboldened the popular conservative movements and leaders throughout the Western World – much to the dismay of the globalists who have reacted with violence and vitriol.

The European Union is split into two camps.  For example, the globalist leaders of France and Germany have embraced the multicultural and anti-nationalist agenda by admitting millions of refugees from the muslim world.  The nationalist leaders of Poland and Hungary, on the other hand, have reacted by blocking those refugees.  However, to me, the refugee issue has little to do with refugees and much to do with how power will be wielded – global oligarchs or popular nationalist leaders.

The battle for Hungary represents the spear point of the Soros inspired globalist versus nationalist war.  Soros has interfered with Hungarian society to the point where Prime Minister Viktor Orban has effectively declared him to be an enemy of the state.  Soros, however, is resourceful and uses Non-Governmental Organizations (NGOs) to keep himself at a safe distance from the arms of Hungarian Law.  The obvious concern is that these NGOs are Trojan Horses within the Hungarian nation state.

To me, the idea of a global oligarchy or one world government is dangerous not only to the nation state but the future of humanity.  With a one world government, there is no real competition to improve, to try out different forms of government as the future progresses.  A one world government can easily become stagnant or, as we have seen throughout the past century, unbelievably destructive when it comes to people.  To quote Aristotle, “To the size of the State there is a limit, as there is to plants, animals and implements, for none of these retain their facility when they are too large”.