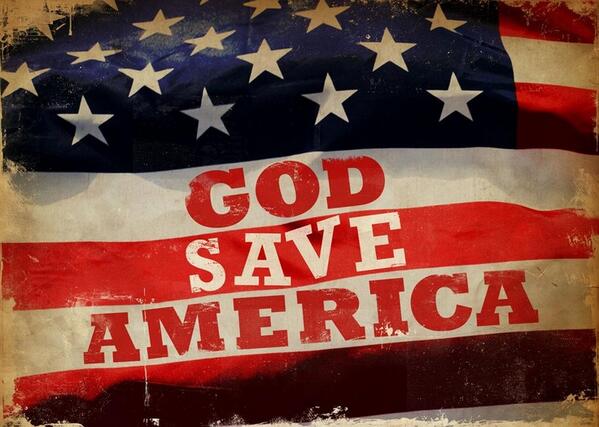 The God We Ignore

You know the culture is dying when its citizens reflexively turn to the government to solve problems that the government caused in the first place, or worse, when they want it to mediate the ageless conflicts within the human heart itself.

Two hundred and forty two years ago the Founders knew this day would come, because it is the universal truth, obvious throughout history.

There are some people who respond to the hard-wiring of the Creator God – a call from the Throne of life itself. The Ten Commandments are their Northstar, even if they don’t know them as such. They love recklessly, speak the truth and revere life.

There are some people who respond to the invitation whispered into the heart of man at the beginning of humanity itself – come, you can be like a god. The very breath of Evil is in their words and actions. They love themselves alone, revel in lies and are enchanted with death.

Finally there are some who travel on the winds of opportunity. They have a taste for comity and order, but they’ll accommodate violence against others and even skip alongside the wicked if it purchases something. They treat virtue and immorality with the same disregard.

Understanding this human dynamic all too well, the Founders designed a system that enshrined the Ten Commandments into the steel girders of this new society, and forbade even themselves from ignoring it.

They said to evil; free men are better men. Personal virtue, character, personal responsibility and doing right were set as standards, not alternatives. They were certainly never perfectly applied, but nowhere else in human history before or since had they been tried at all.

But time and prosperity, managed by the foolishness of wishy-washy men, have worn at the past like rivers do to stone. The trustees of liberty, human freedom and faith have squandered the nation’s inheritance of virtue and principle.

Now after nearly one hundred years of hard work, the radical leftists and collectivists have succeeded in driving God from the schools and nearly all of the public square, without much of a fight. (Regardless that such a division is nowhere found in our founding documents – quite the contrary, a religious people were assumed as essential.)

Abhorring a vacuum, we now have instead of the Faith of our Fathers, an ever growing, ever heavy handed state, tended to by its brigades of imperious elites who will manage our lives, our economy and our tastes. Their only regret is that they cannot manage more.

How’s that working out for us? The results are a disaster of course. A crazed, evil gunman in a Florida school, again, reminded us of where the government and its enforced Godlessness has led us.

It has succeeded in separating virtue from the public life; rendering duty and honor just words on statues. It has accomplished a demeaning of simple, honest work and fair play. It has promoted the least, and ruined the best. It has engorged the population with people who neither understand nor care about what the United States is, they only care what it can provide from someone else’s sweat.

None of these observations is unique. Since the famous Moynihan Report in 1965, written by the late Cabinet Secretary to President Johnson and former U.S. Senator from New York, Daniel Patrick Moynihan, this subject has been studied hundreds, if not thousands, of times, from a hundred different
perspectives.

Each time, the results are pretty obvious. There are consequences to public policies that try to re-engineer how individuals live and how societies work. If you subsidize something, you get more of it. If you rip apart standards, then you will have no standards.

If the government had announced fifty years ago that they had devised a complex overlay of programs that would insure the permanent institutionalization of poverty and the destruction of the American family – the citizens would have been up in arms. Yet, that is exactly what the government set in motion, regardless of motive.

And it is not just the “governments” fault. Politicians found power in giving away free stuff; Churches who should have known better, were seduced by Federal grants; food suppliers by food stamps; investors and builders by rental subsidies and easy money; educational communities by easy grants and program funding; medical practitioners by unlimited subsidies – all of which only insured that those receiving it and providing it wanted more, never less.

The unending war on males and male behavior, the encouragement of fatherless families, and the pretense that single motherhood is in itself noble and normal, guarantees a certain level of chaos and violence that shocks us, and that can never be eliminated, guns or no guns. Ask Cain and Abel.

Back to these school shootings that are, thank God, still very rare (which, of course, is no comfort to the victims or their families). The vast majority come out of homes that are obviously dysfunctional and the vast majority – actually all that I know of – have also been on powerful, behavior altering drugs. Also, up to and including Columbine, every shooter(s) was involved with the Occult, a fact that is no longer reported on, or at least in the mainstream media.

When we purged God from our schools, we didn’t get nothing, to paraphrase G.K. Chesterton. We got freelance Evil.

Here is some of the results in the news recently that give a grade to the grand social experiments of removing God and the virtues of our Judeo-Christian heritage from our schools and our society at large in the last half century.

Nearly three quarters of all adolescent murderers grew up without fathers as did over sixty percent of all rapists. Two out out of three juveniles in state institutions came from single parent or no-parent homes. The report stated that the number of single-parent households accurately predicted violent crime in a community, while the poverty rate did not.

The current example is the murderous rampage of a sick and evil soul in Parkland, Florida’s Marjory Stoneman Douglas High School. It is all too predictable by now. A deranged young man strikes at a soft target of opportunity that has none of the protection that any amusement part, sports arena, or government building has.

In fact, most jewelry shops have one more armed guard than do our schools.

While the solution to school shooting is pretty obvious, the greater threat to our schools and youth, to our country and our culture, is not guns. It’s character, virtue and responsibility for each other.

We only have to return to the God we ignore.

The God We Ignore was last modified: March 1st, 2018 by Michael Giere

Since the fall, I think we are all too self-centered to create a Utopian society before Christ returns, but you have identified the problem.

While in traffick a few l years back I’d seen a bumper sticker;
America took the Bible out of Schools,
Russia put it back in.
Remember Evil exist because Gooden do nothing.
I do like what Giere says;
turn to the government to solve a problem that year government created in the first place
***Hang your hat on that folks.***
The time has come to stop electing representatives that shout government is the problem only to get elected an become part of the problem.
I find it interesting that the POTUS would take a drastic measure like seize firearms first then go to court,
yet not apply his drastic measure to other issues (that got him elected).
Interesting

No!
A man advances himself by the Grace of God, the quality of his work and has an unspoken obligation to employ from within his Community.
I will not use the HOV to financial success and turn my back on my Community by employing illegal aliens.