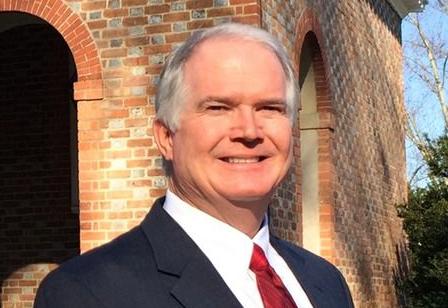 The (GOP) Chaos and Dysfunction Must End

For years my daily routine during the General Assembly included time in Delegate Riley Ingram’s office, in fact pretty much as long as the Hopewell Republican was there. I’d worked on several of his campaigns. Trust me, he left the best stories out of his hilarious farewell floor speech.

In 2018 I was present when a local party unit chairman came in to give Riley hell for his expected vote in favor of expanding Medicaid. It was a very ugly conversation. At the end I concluded, yep, this really is Riley’s last term.  The Republican activists who saw that as “Obamacare” were going to be unforgiving.

The same reaction among so many Hanover, New Kent and King William Republicans in the 97th District could not have surprised Delegate Chris Peace.  Having cast the vote, he had a year to prepare for the nomination battle to come, a battle he has now lost but refuses to concede. Despite a decision from the GOP State Central Committee affirming the earlier First District Committee appeal, he said this in Saturday’s Richmond Times-Dispatch:

“There are people here asking me to challenge in court to get on the ballot. I’m evaluating that option and have everything ready to file. Many others are asking me to support their grassroots effort to stage a write-in,” Peace said. “I do not plan to concede an election when the people’s voice was discounted.”

He was equally defiant in his statement issued following the State Central meeting, which was extensively quoted by the liberal blog Blue Virginia. Those folks gleefully quoted Peace in full – usually the meanest thing to do to a politician – because his statement was a scattergun into the gut of Republican chances to hang on to legislative majorities in November.

“Libertarians have overthrown the will of the people. This should not stand, so I am evaluating all options on the table,” Peace said then. He finished with a claim that failing to nominate him would reverberate in other more-contested districts. That’s what tore it for me.

We last visited with Peace and his opponent Scott Wyatt, now the party’s nominee per State Central, about eight weeks ago and the headline about self-inflicted wounds continues to apply.

I have enjoyed my career around the General Assembly, but far too many of these people believe their own damn press releases and the smoke blown by lobbyists and sycophants. They become what a wise former GOP Caucus chair called “important people,” and it wasn’t a compliment. Peace cast a courageous vote, I think the correct vote, in favor of Medicaid expansion.

Is there no vote you can cast more important than keeping your seat for another term?

The angered local powers that be chose a convention nominating system, perfectly legitimate under the party’s rules, and Peace knew from day one his best chance was an open primary. Facing a convention, he hired the best GOP consultant I know for that kind of fight, but as the process ended, he didn’t have the numbers. That’s when suddenly the entire process needed to be upended for a firehouse primary instead, with an engineered vote from an engineered committee.

I have watched all this from afar and would have been a Peace delegate or primary vote had I lived in the district. One of my clients was a major supporter of that Medicaid vote. Peace’s departure will be a loss to the General Assembly, but the Commonwealth will survive, and another opportunity to serve may be right around the corner. He’ll find one or just keep being a good lawyer and family man.

As all this was unfolding last week, another email appeared in the inbox from a local GOP candidate. Headline: “The chaos and dysfunction must end.” Ah, I thought, a message about the 97th from somebody with no dog in the fight. No such luck, it was some attack on the Democrats on some issue. Can’t remember what.

Someone needs to clean up this mess and get the focus back on November. Watching this majority slip away, often for the same reasons the Democrats failed to hold onto their control, is painful, even if it’s the cyclical way of things. The fact that there is no one in a position to knock heads together, no real leadership in the party – ten years after it won its last statewide election with no future statewide win in sight – is the real source of this malaise.

Of course, they can’t even get their incumbent candidates onto the ballot in the first place, the dysfunction is so deep. It’s been a problem for both Nick Freitas and Terry Kilgore. Are there more, folks? How embarrassing is that?  Good morning, this is your wake up call.

Update:  A letter published in this morning’s (July 1) Richmond Times-Dispatch indicates the battle will continue.  And this website, put up by Wyatt supporters, provides a massive timeline and paperwork dump for the very interested.

If There is Chaos, it is Because of the GOP Establishment and Moderates – The Bull Elephant July 2, 2019 at 1:18 pm

[…] of… Where Angels Fear to Tread: Merit Pay for… Delegate Chris Peace concedes in the 97th The (GOP) Chaos and Dysfunction Must End The Very Thin Red Line Are today’s Democrats like the Spies of Moses? Population Control […]