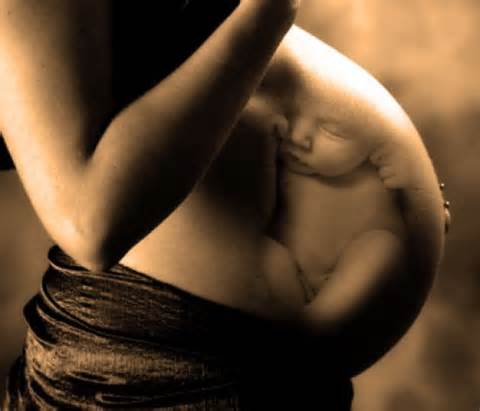 “The apathy, indifference, and comfort of the church is costing our world today.” – Rev. Patrick Mahoney

As the Republican Party continues to age, many young and middle-aged would-be leaders in the party, seeking to grow our Republican ranks, believe that to build the GOP of the future that we must abandon our commitment to fight for the rights of the unborn. They argue that in order to get “the women vote” that we must be silent on the death of tens of thousands of baby girls murdered in their mothers’ wombs. I say that if this is the only way to grow the Republican Party, that it would be better to let the Republican Party die.

The Republican Party’s fight for a pro-life agenda is one of its most virtuous missions, just as its decades long battle for civil rights for African Americans was its great virtue during and after reconstruction.

Last Sunday, Reverend Patrick Mahoney came to speak to my church, Awakening Community Church in Fredericksburg, Virginia. His message was simple. There are giant evils and injustices in this world and we are called to run toward and confront those evils, to battle those evils, to grapple with those evils, and not remain silent. Reverend Mahoney spoke about the two great failures of the modern Christian Church. The first was our failure to quickly respond to the racism and tyranny of Adolf Hitler and the German NAZI Party. The second was our failure and our silence in the face of slavery and of the slave trade in the New World.

“Adolf Hitler knew that he could not rise to power without the support of the German church. He knew he could not physically defeat the church, at first, so he went out to seduce the church. As early as 1928, this is what he said about Christianity, and I quote, ‘We tolerate no one in our ranks who attacks the ideas of Christianity. Our movement is a Christian movement'” – Rev. Patrick Mahoney at Awakening Community Church July, 24th 2016.

Patrick Mahoney is the pastor of Church on the Hill, in Washington D.C. and Director of The Christian Defense Coalition. While Rev. Mahoney spoke of the Church’s silence in Nazi Germany and it’s silence during slavery after the birth of our nation, I was reminded of a growing silence within the church, which has become increasingly tolerant of on-demand abortion in America. It occurred to me that if our churches could remain silent in the face of millions of dead human children, then it will be that much harder for the Republican Party to stand up with tremendous principle against a growing tolerance and acceptance of what truly is the great evil of our age.

The Republican Party, to this day, of the two relevant political party’s in America, is the only one which respects and represents the smallest minority of all – the individual and the individuals right to live and to live free! This is true of individuals born and unborn.

If we are to retain a moral justification for our existence as a political party in the United States of America, we cannot abandon our commitment to life, justice, and equality for all Americans, born or unborn. To abandon our fight to overturn the Supreme Courts ruling in Roe vs. Wade would be to make hypocrites of us all. As Thomas Jefferson struggled with his belief that all men were created equal and were deserved of liberty in the face of his own ownership of his fellow human beings on his plantation in Monticello, so too would we, as Republicans, face a similar hypocrisy were we to abandon our protection of the lives and liberties of our unborn children.

True leaders do not seek out groups of followers and adopt their ways that they might lead them. This is what we see amongst many of our more desperate “leaders” in the Republican Party today. They see that Millennials agree with Republicans on a great many issues including political and economic liberty, but do not support Republicans on what we refer to as “social issues”. Instead of demonstrating real leadership to this rising generation, our idea of leadership, apparently, is to follow those we seek to lead and to pander to their present prejudices.

This is why we now hear so many Republicans voicing their belief in “global warming” and making proclamations about abandoning our “ridiculous” opposition to abortion on demand. “Get with the times”, they tell us. “If you want to grow the Republican Party, you can’t be pro-life”.

This is simply flat out wrong. To grow the Republican Party we must have the courage (and I’ll never understand why we’re so afraid of speaking truth to our children and grandchildren) to go before Millennials and argue for our values and principles as a party. We need to explain that abortion on demand is no better than slavery, no better than what the NAZI’s did in Germany, and that abortion is not consistent with liberty and basic human rights.

It is my great hope that as Republicans, you too will envision a similar future and that you would have the courage to fight for such a future.

The Republican Party is a Pro-Life Party and it must remain so.