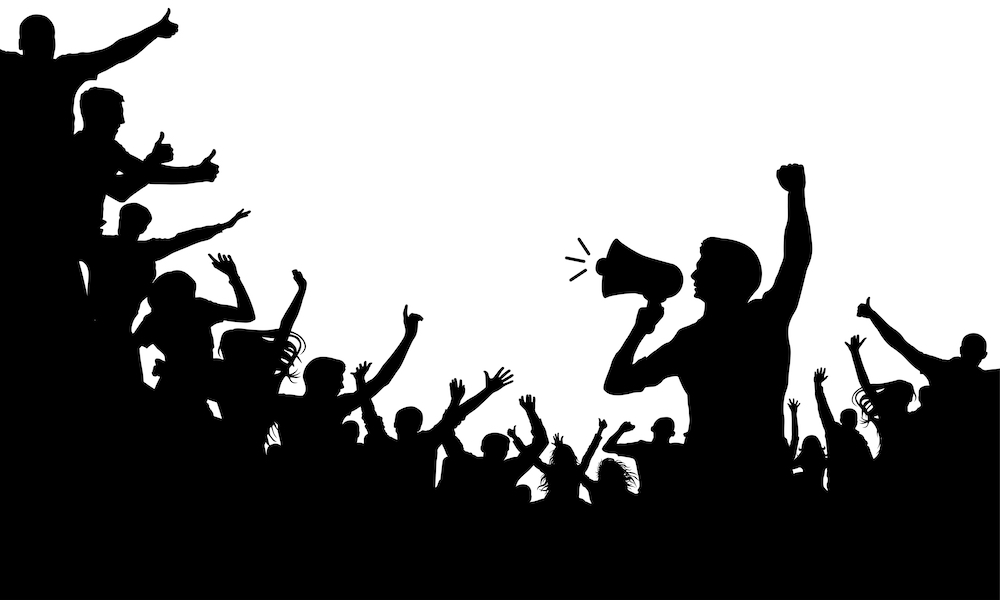 The GOP needs an ascendant and vibrant populist wing– Part One

Those of us who are not progressives recoil at how far Left the Democratic Party has meandered over the past few decades as the Al Sharpton Wing has taken over the party of John Kennedy, Sam Nunn, and dare I say? Bill Clinton.  These days, progressives are pushing for mind numbing policies that will fling our border fences wide open (I wonder how that is going to stop guns from falling into the wrong hands) and provide lavish social benefits for everyone â€œseeking a better life.â€  We all know how that will end in a few decades.

On the other side of the spectrum, the GOPâ€™s conservative wing has become dominant since the ascendancy of Ronald Reagan.  This proved a winning formula for several decades but since there are no hordes of conservative-leaning immigrants trying to get into our country, and Americans are having far fewer children than their parents did, the GOP, as we all know, is facing a crisis due to â€œdemographic change.â€  It is time for Republicans to rethink a few things.

First and foremost, rank and file conservatives should realize that their dogmatic adherence to the Republican agenda of low taxes and free markets has led to the growth of left-leaning mega billionaires who have amassed ungodly amounts of wealth, power, and influence at their expense.Â  Over my lifetime there has been a tremendous transfer of wealth from the masses to the Super Rich. Back in 1963, the bottom 90% (those with a net worth today under $1.2 million) owned 34% of the wealth in America, while the top â€œone-thousandthâ€ (defined today by those with a net worth of over $10 million) owned 22% of the wealth.Â  Now those numbers have flipped, with the top thousandth now owning 34% of the wealth, while the bottom 90% has seen its share of the pie decrease to 22%. Sure, the pie has gotten bigger and bigger (as dogmatic conservatives like to point out), but the mega billionaires have rigged the system to ensure that all the new pie being created ends up on their plates.Â Â Â

In 1955, the year I was born, the top marginal tax rate on the Super Rich was 91%.  Not that I advocate that today, but back then to avoid those confiscatory tax rates the Super Rich had to channel their money into vehicles that served the greater society, such as municipal and state bonds.  Now, as Warren Buffet correctly pointed out, the vast majority of the wealth (from investments) of mega billionaires is taxed at lower rates (20%) than the earned income of people earning less than a half a million dollars (top rate of 35%).  Meanwhile, the middle class has seen more of its income subject to taxation as the tax write off for dependents has failed to keep pace with inflation. In effect, during my lifetime my taxes have gone up, while those of the Super Rich have gone down â€“ way down.  With super low tax rates, the Super Rich have accrued enormous amounts of wealth and have been able to buy elections (remember November?), politicians, and more importantly, news media outlets. Dogmatic conservatives are aghast at big government but seem not to care about the mega billionaires who behind the scenes control the government.  In short, conservatives have helped to feed the dog that has turned around to bite them in the posterior.

And while Republicans have ceded just about every important social issue to the Left, our â€œbrave and fearlessâ€ (sarcasm) conservative leaders have fought tooth and nail to keep taxes on mega billionaires as low as possible while ignoring the plight of their voter base whose members have seen their local schools become liberal indoctrination centers, medical insurance premiums skyrockets, and manufacturing jobs shipped overseas.

We need a new approach.Â  For starters, how about realizing that instead of fighting for â€œconstitutional principles,â€ we should directly target and fight those who assiduously work behind the scenes to deprive us of our constitutional principles?Â  Fighting Northam and the Democrats in Richmond is treating the symptoms â€“ and not the disease. We need a vibrant populist wing of the Republican Party â€“ one that is not afraid to forge TEMPORARY alliances with progressives to go after the mega billionaires who are content to reap all the benefits of economic growth for themselves.Â  More on that in Part Two.