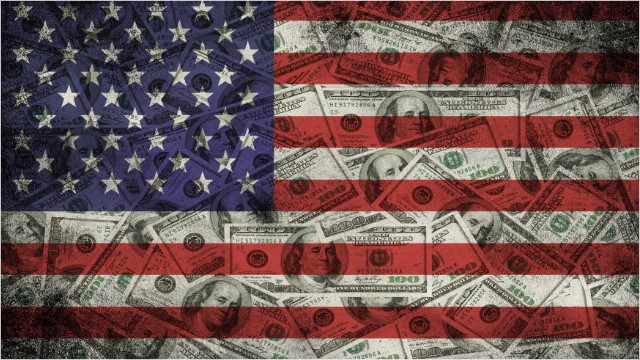 Having spent several decades toiling as a loyal foot soldier for the GOP in one campaign after another, it occurred to me about ten years ago that the juice was simply not worth the squeeze.  While the GOP had done a decent job in curbing crime, I had to ask myself whether Republicans were good for anything else. Not really. Even when Republicans controlled the White House and Congress, they left the welfare state intact, kept middle class taxes too high, allowed illegal immigrants to continue to pour into the country, sat by while good paying jobs were shipped overseas, did nothing about increasing health insurance premiums, and watched helplessly as public schools and universities continued to drift even further to the Left indoctrinating our young people while saddling them with student loan debt.  I had to conclude the GOP did not really care for its rank and file. But why? For an answer, look no further than the GOP donor class.

Several weeks ago, populist Fox News host Tucker Carlson discussed how ruthless GOP mega donors practicing vulture capitalism have been guilty of hollowing out hundreds â€“ if not thousands – of towns across America.  These money moguls such as fund manager Paul Singer view workers merely as costs to be reduced or eliminated. For decades, according to Carlson, these high rollers have bought large stakes in distressed companies, outsourced jobs, liquidated the valuable assets, fired middle management, and once the smoke had cleared, dumped whatever remained to the highest bidder.  In some cases, they took government bailouts, moved jobs overseas, and then either cut retiree pensions or shifted the costs to taxpayers.

No wonder the Super Rich have gotten richer while the Bottom 90% of us have gotten poorer.  As I wrote in Part One, the Super Rich (the â€œtop thousandthâ€) owned 22% of the wealth in this country in 1963.  Their share of the wealth jumped to 34% in 2015 with all the increase coming at the expense of the Bottom 90%. Some countries such as the UK have banned vulture capitalism as it creates nothing but destroys communities and whole town and cities.  So why is it allowed in this country? Tucker Carlson asked. Because people like Paul Singer have tremendous influence over our political process. And that must stop.

Studying history, I have learned that throughout the ages, no matter where they are, or who they are, elites will do anything â€“ and I mean ANYTHING â€“ to advance their interests, regardless of how many others are hurt by their drive for power and control.

The Super Rich of today are like the nobility of the Middle Ages, who owned all the land and had access to the best food and shelter.Â  Todayâ€™s politicians and lap dog journalists are comparable to the medieval knights and clergymen who kept the noblemen in their castles and the serfs in their huts to till the fields.Â  In return, the knights and church officials of old were rewarded with huge tracts of land. Today, the â€œknightsâ€ are rewarded with book deals, and lavish do-little jobs with plenty of stock options.Â  Hmm. Just how did Hillary Clinton back in the 1980s parlay a mere $1,000 into $100,000 playing the cattle futures market? Or who put Hunter Biden on the board of trustees of a Ukrainian energy company?Â Â

As practiced by the European nobility and the colonial powers that followed them, todayâ€™s elites play a game of divide and conquer by pitting one group against the other.  For example, ever wonder why the media, which is owned by the Super Rich, went into overdrive hyping the Trayvon Martin and Michael Brown stories? Simple. When blacks are pitted against whites and vice versa, the masses are so busy fighting among themselves that they do not pay attention to the purveyors of vulture capitalism who pull all the strings and control all the levers of our nation.

Just as the Super Rich destroyed the Athenian and Roman Empires, the elites of today are in the process of killing our Republic and strangling the common people. Â  At best, Republican politicians have been guilty of being unwitting accomplices, or as I suspect, many of them have been in on the kill. That is why we need populist Republicans who will work for the interests of the common people rather than the mega donors who fill their campaign coffers.Â  More on that in Part Three.Â Â