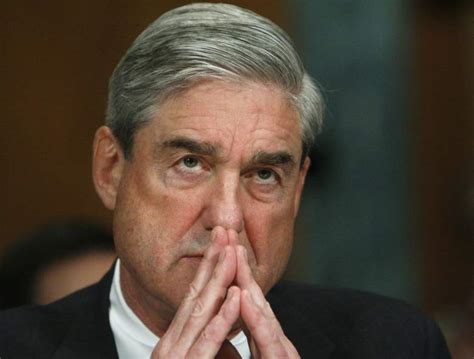 The investigation by Special Counsel Robert Mueller into the supposed “collusion” of President Trump with nefarious Russian agents to interfere with and probably steal the 2016 election has been a wonder to behold. Based on no more than a “dossier” of salacious, unsupported anecdotes financed by the Clinton campaign – and spurred on by anguished cries of “foul” from hysterical Democrats who can’t believe their Virgin Queen lost – the investigation has slogged on for a year with indictments of a few small fry from the Trump campaign for business misdeeds that far predated the campaign or their own roles in it.

Obtaining a guilty plea from General Michael Flynn, Mr. Trump’s former National Security Advisor, for “lying to the FBI” has been the Mueller-team’s biggest triumph, but now that is also unraveling, as documents released to the House Intelligence Committee show that FBI agents who interviewed General Flynn did not think he lied. They didn’t inform him of that belief, but allowed him to cop a guilty-plea which the general hoped would stop the financial bleeding from his legal bills. He has been forced to sell his Virginia home to pay for his legal defense against the Mueller probe.

Special prosecutors’ tactic-of-choice is threatening minor figures, who enjoy no high-level political protection, with prison and financial ruin for alleged offenses; then using those threats as leverage for extracting dirt on the Big Guy who is their real target.

This tactic was used in 2006 by Special Counsel Patrick Fitzgerald in his investigation to discover who revealed that Valerie Plame was a CIA agent. This would have been a serious crime, had it actually occurred, but Mr. Fitzgerald and his team knew, almost from the very start, that Ms. Plame was not an actual CIA agent. They also knew that her CIA-status had been disclosed by a State Department employee named Richard Armitage.

The Fitzgerald investigation went ahead anyway, because its hoped-for objective was to bring down Carl Rove, Vice-president Cheney’s Special Assistant, and, if possible, to harm the VP himself. As no actual crime had been committed, none of these objectives was achieved. To show that the investigation had borne fruit, investigators caught Mr. Cheney’s Chief of Staff, Lewis “Scooter” Libby in lies related to his grand jury testimony. Mr. Libby was convicted on March 6, 2007, on four counts of perjury, obstruction of justice, and making false statements. For this he was sentenced to 30 months in prison and fined $250,000. President Bush commuted Mr. Libby’s prison sentence, but let the fine stand. Last month President Trump issued a full pardon to Mr. Libby to erase his conviction entirely. 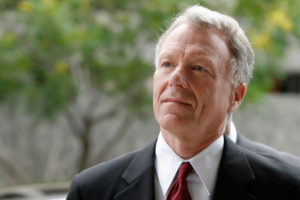 By now, the Mueller-investigation has produced yawns from nearly everybody except Big Media and hardcore Democrats. Both still cling to the waning hope that the Special Counsel will find something (anything!) that can help Democrats regain control of the Congress and produce Mr. Trump’s impeachment and banishment into Outer Darkness.

Saner Democrat leaders are realizing, though, that short of a miracle – e.g., finding that Mr. Trump stole the White House coffee supplies or hocked the presidential china – impeachment-fervor is unlikely to produce the much-anticipated Blue Wave in November. And even less likely will it defeat the President in 2020. The old political adage “You can’t beat somebody with nobody” still stands. And nobody is exactly what Dems have now. (In Big Al’s famous words to Elliot Ness, “You got nah-thing!”)

For his part, Mr. Mueller is still questing, Don Quixote-like, for that hoped-for “miracle” that will deliver the knockout punch to Mr. Trump. The “Russian collusion” angle has been (unofficially) abandoned as the investigation’s central focus, so the Special Counsel’s only hope now is to catch the president in a lie or convince the voters that some of his official actions constituted “obstruction of justice.”

Toward those ends Mr. Mueller has floated the idea of personally interviewing Mr. Trump to obtain answers to questions that have been leaked to the media. This would be historically unprecedented. No law-enforcement officer, at any level, has ever interrogated a sitting president of the United States as part of a criminal investigation. This would be extremely dangerous for Mr. Trump, as it would give the appearance that a subordinate in his government is independent of his authority, and can question him as though he is a “person of interest” or a “suspect.”

Mr. Mueller’s real stink-bomb – which he might toss at any time to salvage his investigation – would be a subpoena demanding that Mr. Trump submit to an interview. This would be a true governmental crisis, as the Constitution clearly protects the president from legal action, by any level of law-enforcement, while he is in office, as well as from prosecution for any of his presidential actions, after he has left office. Only the impeachment protocols prescribed by the Constitution can touch him.

No judge – not even a Supreme Court Justice – can issue a subpoena that “orders” the president to do anything. This is the Separation of Powers Doctrine. (Young students used to learn about it, but probably not so much nowadays.) If a judge actually did this, he would be immediately impeached by Congress for misconduct and expelled from his office – or, at least, he should be.

Beyond the radical subpoena-idea, the media “blow-dry” set are now engaging in wild talk about actually indicting the president – as though this is really possible. A grand jury issues indictments. A district attorney might go through the charade of having a grand jury indict a president, but the action would have no legal force. It would be mere posturing – the equivalent of a small town sheriff trying to arrest a president for a traffic violation. The president’s legitimate response would be silence – or perhaps making rude noises with his armpits, as the fancy strikes him.

For his part, the president has finally taken off the gloves. No more Mr. Nice Guy regarding the Special Counsel and his “phony witch-hunt,” as Mr. Trump has called it. After Mr. Mueller’s “referral” of the Stormy Daniels case to the District Attorney for the Southern District of New York produced a surprise raid of the offices of Mr. Trump’s attorney, Michael Cohen, Mr. Trump brought two new lawyers onto his legal team: former New York Mayor Rudi Giuliani; and Emmett Flood, a lawyer who helped defend Bill Clinton in his 1998 impeachment trial. Both will be key players in what is expected to be a strong new offensive in the end-game to halt the eternal Mueller-investigation.

As a successful businessman, Mr. Trump undoubtedly has an instinct for when an opponent is on the ropes. Like a field-commander wheeling up the heavy guns to finish off a staggering enemy, the president is amassing his big legal guns for the final assault. Perhaps he initially thought the Special Counsel would quickly clear the air of the Russian-collusion charges, close up shop, and let the new administration get to work. But even if he believed that, he certainly knows now that this is a fight to the finish. With more and more corruption by the Obama DoJ being disclosed, a federal judge denouncing the prosecution of Trump Campaign manager Paul Manafort, and the Special Counsel’s credibility sinking lower by the day, Mr. Trump and his reformed legal team undoubtedly recognize that the time to end this mortal threat to his presidency is at hand.

If you care about the country and its Constitution, offer a prayer. These are dangerous times, and we need all the help we can get. 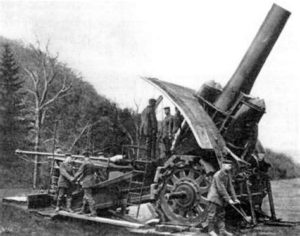 The Great Unraveling was last modified: May 9th, 2018 by Woody Zimmerman

Thank you WZ. The SC legislation itself is constitutionally suspect, but this man is plain evil. His background is littered with innocent victims that everyone ignores and that alone demonstrates he is no honest broker. And as this investigation gasps for breath one can only hope that wiser heads demand massive changes in how, why and who we invest such power in, and what controls must be established.

And now it is becoming clear that Trump’s attorney has been selling access to the office of the presidency. This entire administration is corrupt. That is perfectly clear to all but those who wish to ignore reality.

You been out of town for the 2 terms of the last guy? His successor candidate and her foundation/campaign?

The companies who bought access to the Presidency through Trump’s lawyer have already confirmed the voracity of the leaked material. Nothing fake here. Trump is corrupt, plain and simple.

Paul Ryan flew across the country to secure a $30 million check from Sheldon Adelson but then stepped out of the room for a couple minutes to avoid technically soliciting the money. Corrupt!!

Doesn’t seem Trump appointee’s, Republican AG Sessions nor Republican Deputy AG Rob Rosenstein, are buying into your latest round of Limbaugh/Hannity based total BS, Woody. Regrettably, you conveniently failed to mention either.

You’re peeing yourself, Woody. The fear of the truth will do that to you.

You guys really think this suppresses? Politics is wasted on you.