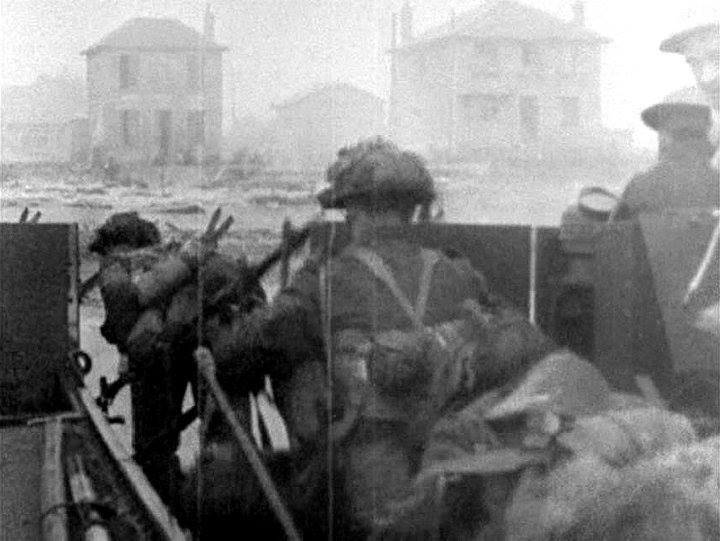 The Greatness of Being Canadian

Humorist Will Rogers always said he didn’t need writers. “I just read the newspapers,” he said, meaning that the zany reports in the news were beyond mere invention. My son often sends me improbable items in the “man dies” genre (“Man dies in fall from roof of own tomb”), or accounts of bizarre accidents that remove complete fools from the gene pool. (“Man emasculates self by using .22 cartridge in car’s fuse receptacle.”)

But I digress. During the G. W. Bush presidency, one of my nominations for the Will Rogers Absurd News Award (popularly tagged “The Willie”) was a letter to our local newspaper written by a resident of Waterloo, Ontario. He took issue with some editorial comments on Canada’s recent election of a conservative government:

“I must say I am pleasantly surprised that conservative America has realized there is a large landmass directly north of the United States. Yes, Canadians have elected a Conservative government that will last two years at most (‘Canada moves to right in vote,’ and ‘Canada’s victory’ – previous Op-Eds).

“[But] you have missed the point. The Conservatives gained 36 percent of the popular vote. However, the Liberals, the New Democrats, the Green Party and even Bloc Quebecois — all with strong leftist convictions — took about 63 percent… Canada is not, as some neoconservatives seem to think, about to swing to the right. We value our social convictions far more than the American right gives us credit for.

“As for the supposed ‘warming’ of Canadian-American relations, don’t count on it, especially in a minority-government situation. If there is one thing on which Canadians can agree, it is our rampant dislike of the Americans — or, should I say, the government of President Bush. The two are interchangeable at the present time. At last count, about 75 percent of the population voiced its displeasure with Mr. Bush’s America in a national poll.

“Conservative support for strengthening relations will be lukewarm at best. Canadians realize there are better things on which to spend our tax dollars than a missile-defense program created solely for glorification of the American military. (Emphasis mine.)

Turnabout is fair play. The writer is certainly entitled to criticize American political attitudes as much as we are entitled to critique Canadian politics. Besides, his knowledge of the political mind of his own country surely exceeds ours. Probably he is right about Canadians’ essential leftness and the unlikely prospect that they will hew rightward. As he predicted, Canada did elect a Liberal government in 2008. But they went Conservative in 2011; then back to Liberal in 2015. (Whole lotta flip-floppin’ going on, just like down here.)

What most caught my attention, however, were the writer’s third and fourth paragraphs, where he declares Canadians’ “rampant dislike” for Americans, denounces US missile defense for “glorifying” the American military, and rejoices that “Canadians realize there are better things” on which to spend their tax dollars than such programs. (Will Rogers would have agreed that nobody could make up stuff this good.)

Such a deal! How do they do it? Obviously, Canadians can spend that little and stay safe because Americans spend  nearly 7 times as much, per capita, on defense. The loutish barbarians of the USA are picking up the tab for defending Canada, leaving Canadians free to mock us for not being as smart and socially sensitive as they are. Another writer, from Stratford, Ontario, said Canadians have hated Americans since 1776.

Exactly why this is so – if it is – eludes my understanding. There could be many reasons, including envy. Or maybe these writers see everything through their own peculiar lens, like the deranged play-director in the film The Goodbye Girl who thought everyone in history (including Shakespeare) was gay. But where there’s smoke there’s usually fire. These writers can’t be totally out in left field (so to speak) about Canadians hating us.

Personally, I like Canadians. My Canadian classmates always seemed like solid folks – friendly, likable, intelligent. (I am indebted to one who helped me meet my wife.) But that was the early 1960s – less than twenty years after some pretty tough Canadians hit Juno Beach, and we were all fighting together to defeat tyranny. (I never dreamed they were still mad at us over the Revolutionary War. Boy, talk about holding a grudge.)

Over the years my family vacationed in the Maritime Provinces; also, in Montreal, Toronto, Ottawa and the Canadian Rockies. We always found Canadians amiable and charmingly ironic about their country’s foibles. On a 1990 visit to Jasper, Alberta, we talked with Canadian westerners about the Quebec separatist movement – then very vocal. They waved it off as just posturing by politicians (sound familiar?) and correctly predicted nothing would come of it.

During those visits, I always sensed something surreal about Canada, although I could never quite put my finger on it. Later I realized that being in Canada felt exactly like being with the Quakers – people I had some dealings with in Maryland. The Quakers are also fine people – very earnest humanitarians who do much good in the world. They mean no harm to anyone, and they go about their good works in all kinds of difficult conditions.

But the Quakers are also pacifists. They are completely non-confrontational. No matter the emergency, they will never fight. If there is evil, they will not combat it. If a war is required, they won’t take up arms – even if the enemy is coming down the chimney. Rodney King wasn’t a Quaker, but he articulated their philosophy perfectly: “Can’t we all just get along?”

While Saddam Hussein was still in power, Quakers visited him to confer on humanitarian issues. Dr. Hussein made a great PR-show of receiving them and posturing as a fellow humanitarian. Of course, the Quakers had nothing to fear, knowing that the USA’s entire might had their backs. They knew there would be hell (or the Quaker equivalent thereof) to pay if Saddam touched a hair of their heads. He knew it, too.

The great thing about being a Quaker is that you know someone else will get his hands dirty doing the rough work, so you can occupy the high ground. Things being what they are in the world, we couldn’t afford for all Americans to be Quakers. And if we all tried to be, the Quakers – who are also very pragmatic – would probably limit the number of converts. (After all, even they know that somebody has to do the fighting.)

The Canadians – and the Quakers, to a lesser extent – have made much sport in recent years deploring the warmongering, “imperialist” USA. I wondered if they would be as sanguine about Islamist Terrorism if their homes were hit by terrorist attacks. For quite a while that didn’t happen to Canada – reinforcing their belief that their “peacefulness” protected them, and that our belligerence created enemies, stirred up fear, and invited attack. We were the ones causing terrorism. If we would just quit fighting them, we could all sit down together and sew quilts.

Recently, some terrorist attacks have occurred on Canadian soil. This gives me no personal satisfaction. I don’t wish it on anyone. But those attacks didn’t change the Canadian mind about terrorism. This past December, political analyst Judith Bergman wrote:

“The current government seems not to believe that Islamic terrorism in Canada even exists. The Royal Canadian Mounted Police Guide is premised on the belief that radicalization occurs because of perceptions of “injustice” (not because of perceptions of jihad). Islamic groups are not mentioned. The message is that terrorism is “diverse” and has nothing to do with Islam. However, Public Safety Canada’s list of terrorist entities contains 54 terrorist groups, 46 of which are Islamic terrorist groups.”

Psychologists say it’s nearly impossible to undo a fixed delusion. Just so, nothing can really change Canada’s dream-world posture on national defense and terrorism. In a way, Canada resembles a family’s lazy relative. You can’t make him do anything, but he knows he’ll never starve. He’ll always have the family’s protection, no matter how much he takes advantage of it. One wag likened Canada to a hitchhiker who churlishly thumbs a new ride if his host-driver has a flat tire. He’s sorry about the misfortune, but it’s not his problem. Most of us have had relatives like that.

“One of these days,” a lot of exasperated mothers have said to lazy kids, “you’ll finally have to buckle down and get to work.” And sometimes they’re right. But for Canada the good times just keep rolling on, while those dopes to the south keep paying the bills. Maybe “one of those days” will come round, and Canada will change. But maybe not. We’ll see.

My mother always said, “You can’t choose your family. You’ve got what you’ve got.” We had a relative who spent his whole life looking for the “big score” and mooching off his aged parents. He was a charming man, but he wasted his talents and his life. I always felt sorry about him.

Canada is part of our North American “family.” It is what it is. Many of its people prefer the Quaker Way. They know we’ll protect them. Nobody said life was fair. 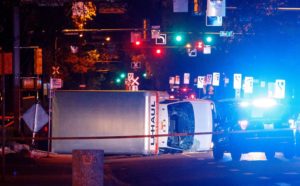 The Greatness of Being Canadian was last modified: February 24th, 2018 by Woody Zimmerman

Wonder what they will say about the Trudeau’s latest pilgrimage to India?

By my boys playing Ice Hockey have allowed our family to make many new friends who are Canadian.
These are some of the kindest and honest families we have met.

Thanks for your reply. We also have good, long-time Canadian friends. That’s the paradox of personal relationships vs. national dynamics. Years ago I played tennis with a young Iranian woman. She was a fine person, but her country was a madhouse.

And congrads! to Liberty University, Coach and his other Canadian players today became
Eastcoast College Hockey Champs
And with about a 404 win record with Coach