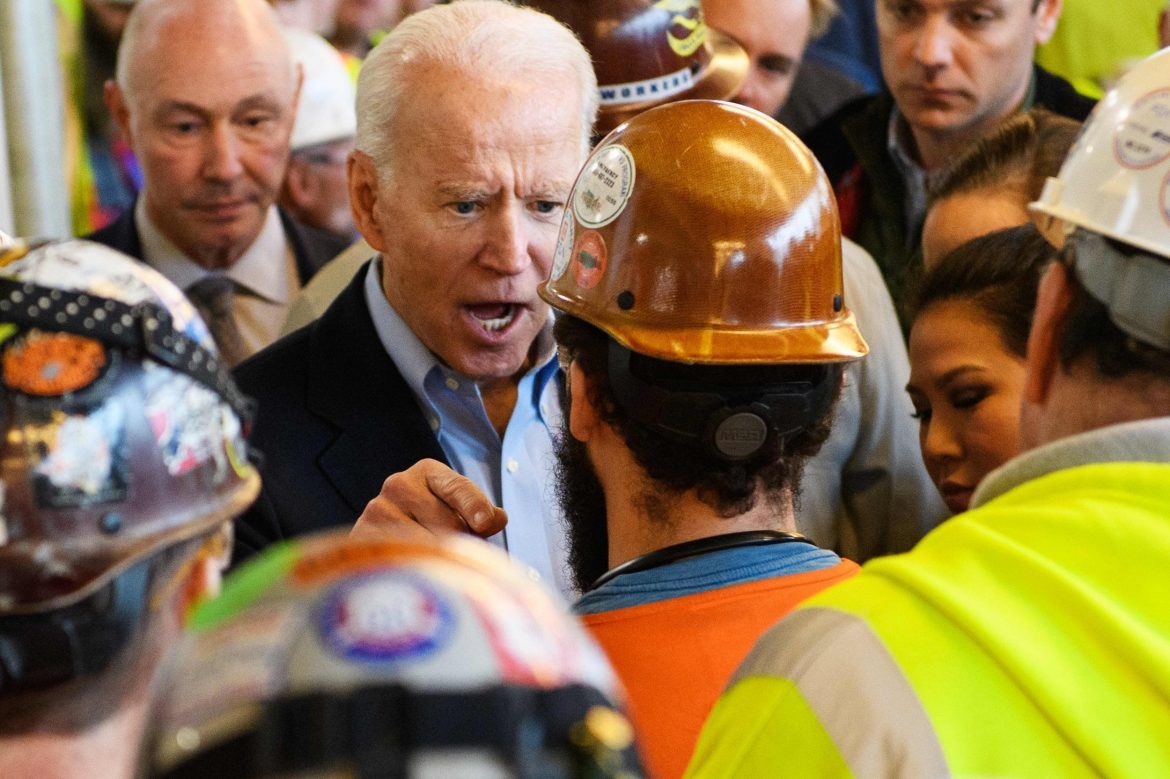 The Hypocrisy of Never Trumpers

Most of our buddies in the Democratic Party and GOP  Establishment, their real issue with him is a matter of class – saying that Trump has no class, and that we need to have a president who has “class” and doesn’t act like a rube.

They have coalesced around Joe “Effing” Biden.  This included such rocket scientists as Bill Kristol.  In 2019, Kristol called Trump “disgraceful and buffoonish”.   Very much unlike that great orator, Joe Biden, who Kristol recently endorsed.  https://politicalwire.com/2020/03/02/bill-kristol-endorses-joe-biden-for-president/

Is Trump politically incorrect?  Yes, but most of us love him for it.  Joe Biden on the other hand, well didn’t Joe Effing Biden just curse out one of those white union workers who he pretends to relate to?  How does Kristol feel about this? https://www.youtube.com/watch?v=7OBlffJbBEQ

Oh and Trump knows his own name too.  Unlike Joe Effing Biden – see here: https://www.youtube.com/watch?v=7OBlffJbBEQ

Joe repeatedly insults voters – and often calls them things that no one can understand aka a “Lying dog faced pony soldier”.  https://www.youtube.com/watch?v=TwVrg6UtxXQ

Oh, and if you asked Donald Trump to recite the opening line of the Declaration of Independence, odds are he could do it.  However that great orator Joe Biden could not – as seen here: https://www.youtube.com/watch?v=N3G52Bjirho

Take special note of Biden’s eyes at the 5 to 6 second mark. This is clearly a man who is not well.  Something is wrong inside Biden’s brain. None of us are doctors (even though some of us pretend to be one on social media) but it is obvious to the average layman that Biden is suffering from either onset dementia or maybe a tumor or some other illness.

For those of you who wonder why I call him Joe Effing Biden, well see this at the :08 second mark.  https://www.youtube.com/watch?v=HHKq9tt50O8

Biden is clearly not a class act, a decent man.  Biden is clearly a crude demagogue who is the choice of the chattering classes in Washington DC and New York City.  You know, the people who feed off the swamp trough, and don’t care if the rest of us get anything – just so long as they are well fed.  And Bill Kristol is the biggest hypocrite of them all for supporting Joe Biden, who is easily the crudest most disgusting, ill, and most inept man to ever run for President.

So for Bill Kristol and other “inside the Beltway” Washington insiders to actually endorse such an out of control thug as Joe Biden shows their hypocrisy.   They don’t really believe the things they say, all they are interested in is feeding off the trough of the swamp. And Donald Trump is trying to take away their feed supply.   This is a 2 sided trough. One side has the Democratic establishment, the other side is the GOP Establishment.

So offend a member of the 2 sided trough – join me to help get Donald Trump elected in 2020.

The Hypocrisy of Never Trumpers was last modified: March 11th, 2020 by John Massoud