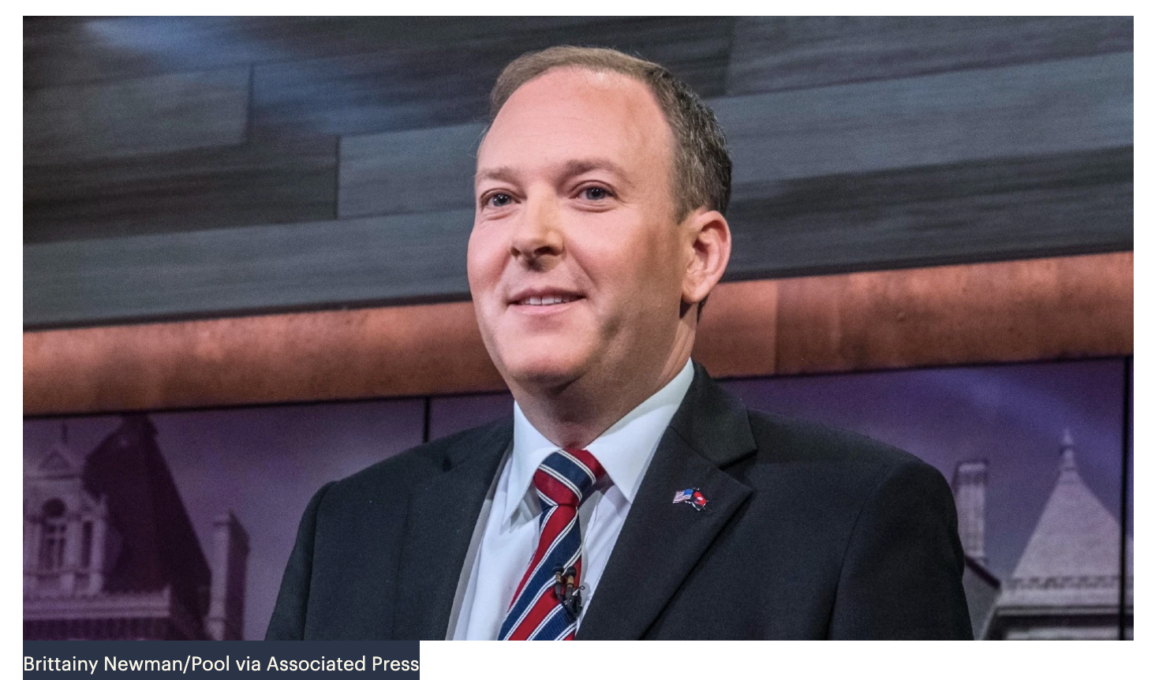 The Hypocrisy of the Democratic Party Continues Unchecked

The recent attack on Republican New York Rep. Lee Zeldin again demonstrates the hypocrisy and callousness of the Democratic Party. This is the same party that was quick to condemn the “insurrection” of January 6th but yet no condolences for an unarmed female protestor killed in “self-defense.” The party “of the people” also failed to denounce the shooting of Representative Steve Scalise or the attempted murder of Supreme Court Justice Brett Kavanaugh. The riots after the death of George Floyd, no condemnation, but rather bail was provided by party members to those incarcerated.

Not only has there been no condemnation but party leadership such as REP Maxine Waters “get in their face” and SEN Chuck Schumer ( “Justice Kavanaugh you will reap the whirlwind”) has created a national environment of hostility and disrespect towards all that do not embrace their ideology. There is not respect for police and first responders and they have been systematically targeted for violence. Rampant lawlessness now is the norm in our democrat run major cities where a four-year-old returns fire with a pistol towards officers attempting to maintain order for citizens like you and me.

This is the same party that is currently orchestrating the kabuki theater of the January 6th Hearings where Republican Representatives nominated by Speaker McCarthy were not allowed to be seated by Speaker Pelosi; the committee has only called witnesses that fit their predetermined narrative;  they have only released partial interview transcripts; and failed to corroborate testimony by eyewitnesses vice hearsay witnesses.  Sort of sounds like the charade foisted upon the American public during the politically motivated impeachment hearings.

The party of the people has now become the party of the elites where rampant inflation, a country without borders, and a flood of Mexican drug cartel fentanyl have become the accepted norm. Insider stock trading by the party’s leadership appears to be one of the accepted rewards of power in spite of attempts to curtail it. Oh well, let rubes like you and me eat cake after all we are just the ones that those in power represent.

As a once proud member of Democrat Party, I am now by its repulsed and sickened by its callousness and an insatiable appetite to remain in power at any cost. One can only hope that the American people come to their senses this November. We are slowly seeing the freedoms embodied in the Constitution that many of our forefathers fought and died for disappear by a political party motivated only by its desire to control the daily lives of Americans to stay in power.

As Ronald Reagan said, “Freedom is never more than one generation away from extinction.  We didn’t pass it to our children in the bloodstream.  It must be fought for, protected, and handed on for them to do the same.”

It is time that America wakes up to what is taking place within our country or there will be no country left. Not hyperbole or exaggeration but reality.

The Hypocrisy of the Democratic Party Continues Unchecked  was last modified: July 23rd, 2022 by James Poplar

If there were “anti-fa” or “FBI false-flaggers” or “BLM” present on Jan 6, Republicans in Congress would have opened an investigation on Jan 7.

Instead, they tried to defeat every proposal for an investigation because they knew there were no “anti-fa,” no “FBI provocateurs,” no “BLM”. Instead, they knew the attempted coup was planned and instigated at every step by Trump, Meadows, Bannon, “Haulin Ass” Hawley, and Co.

Seriously? When did Trump make a donation? How about every day he was in office. He did not accept his salary, it was donated back to the people.

Here is some usual District of Corruption crap… the DHS claims that they do no have the resources to enforce immigration laws… therefore they have a memo which outlines their priorities…. This in the face of non stop billions going to the Ukraine over the past year thanks to Dopey Joe and the Neocons who want to fight to the last Ukranian… With the deficit such as it is… any adventures in military giving have to be funded by debt..

Why does Joshua Daniel Pratt not know the difference between “boarder” and “border”?

After all, he IS a college graduate. Oh, wait . . . I see . . . he graduated from Liberty University. Not a real university.

What do you care Vaginal Kaine about how this guy spells border? You don’t want one however you spell it…

What is your obsession with this man Vaginal Kaine? You have also posted things under his name here. And oh… you also post under his name. That is reprehensible you piece of crap… You are just a complete pile of rat vomit… posting under a real persons name is not acceptable.

Is the Virginia Tea Party out of business?

Seems that way. Their website has been replaced by a stock WordPress welcome site.

Looks as though they have joined the 90% of Tea Parties in VA that are defunct.

You say that Trump loves the “little people”, the hardworking middle-class. So tell us about the times he mingled with such people.

Tell us about all the events he hosted for people who couldn’t cough up ten, twenty – even a hundred thousand dollar donations to his campaigns.

Tell us about the times he played golf at public courses, so he could rub shoulders with people who couldn’t afford $120,000-per-year membership fees at fancy country clubs like his.

Tell us about the times he dug into his own pockets to make a donation to a charity that helped the poor – or even the struggling middle-class folks down on their luck. He claims to be a billionaire – so why has he never given a penny to charity?

Tell us about the times he’s opened the doors of Mara-Lago to you “little people” who think he loves you, so he can hob-nob with farmers, plumbers, and factory workers.

We all know that you Trump-worshippers have deluded yourselves into believing all kinds of things – but believing that he loves and cares about you is the most pathetic delusion of all.

Donald Trump has spent his entire life avoiding any and all contact with people like you. He despises everything about you – from your calloused hands, to your two-bedroom/one bathroom trailer, to your grimy kids who reek of tuna casserole dinners, to your cheap haircuts and Goodwill clothing, to your garage-sale decor and your treasured “McDonald’s Employee-of-the-Month” plaque that hangs in a place of honor over your fake plastic fireplace.

Donald Trump despises you – always has, always will. And if you haven’t figured that out by now, you are beyond hope.

You are nothing but a hateful, foolish, do-what-you’re told troll for the Democrat Party. Your evil comments are better suited for New Yorker magazine, PBS, CBS, NPR, NBC, MSNBC, and Facebook. Stuff it.

with the exception of FB, that is a list of pretty reliable sources of the truth

he is right………..and you. throw an infantile tantrum. Republicans are so thin skinned

Trump mingles with the working people of america at every one of his rallies unlike dementia Joe who has to hide from such people.

And Nancy Pelosi loves you peasant… After collecting millions in Insider Trading from insider knowledge and more to the point, passing legislation that would determine the value of stocks… see her latest trades involving the chip industry… She and her husband are worth untold millions… all gleaned from her 174 k job in Congress for years and years… she’s never gonna leave. Then there is Barack Obama now the proud owner of three mansions… Hawaii… Martha’s Vineyard and one in the Swamp. I can’t remember but there is also a house in the better part of Chicago.. And the Clintons.. with their influence INC business. Neither of those two scumbags ever held much of a job outside of their political ones.. What are they worth for selling speeches and helping out in the Ukraine? Guess over 100 million.
Say what you will about Trump… but your heroes are scumbags who sold out the country from the position of elected officials…Oh and what was Hunter doing for the Bribem business in the Ukraine and China??? I am sure that all those politicians who spend their lives in Washington Love the little man too… Love to sucker him into voting for these cretins.. So Get Bent..

“The party “of the people” also failed to denounce the shooting of Representative Steve Scalise or the attempted murder of Supreme Court Justice Brett Kavanaugh.”

Verifiably untrue. A simple google search uncovers many statements by Democrats against such events and violence. An absurd claim.

Great article. I’ll cut to the chase. When does Americas next civil war begin, why shouldn’t it, and how does it end?

These would-be heroes don’t understand that the Second Amendment applies to us liberals, progressives, and Democrats also.

When the Second Civil War starts, I have two gun cases full of firearms and enough ammo to deal with a couple of companies of militia.

Don’t worry Erica… Vaginal Kaine, aka Old Redneck who claims to be a Vietnam Vet… stolen valor… will protect you!! See he has guns and ammo. What a tough guy Vaginal Kaine is. I have to say at least you are not as much a douchebag as that idiot. He seems to be posting under multiple logins too… Tell me at least you don’t own a gun. As stated before that would be consistent with your world view.

What if it turns out to be 500 or so mostly peaceful protests in Democrat controlled cities where stores are looted, police stations are burned, people are killed, and bricks are thrown at cops? Would that be OK with Trolls?

We already experienced worse on 1/6. I know you guys want a second shot at your insurrection but it ain’t in the cards, Slick.

Erica… The worst!!! You mean when the FBI led the group into the Building… Ray Epps on tape telling everyone to go in… Ray is on tape and somehow he wasn’t arrested… although a poor Grandmother was… YOU scroungy POS Democrats created a Reichstag operation in order to use it politically So you can hyperventilate about your fking Democracy… After a summer of your boy Soros funding riots through his shadowy network of organization… riots that cost a billion dollars and 30 some lives… You know where anti fa attacked a couirthouse in Portland.. a US courthouse night after night.
Hundreds of political prisoners are still being held you scourngy POS for trespassing… So you can hold Soviet showtrials… Boy that guy in the Buffalo hat sure was a danger to your fuking Democracy…
Erica… Go Bend yourself.

Edgar…. sounds like you are moving on from lingerie to furries… Buffalo-man will be right beside you at Cosplaycon… if he gets out of “political” prison that is… ????. Hey, are you coming after me with your semi-automatic phallic symbol or not…?! I mean, are you a Civil War reenactor or are you just happy to see me, Sport…???