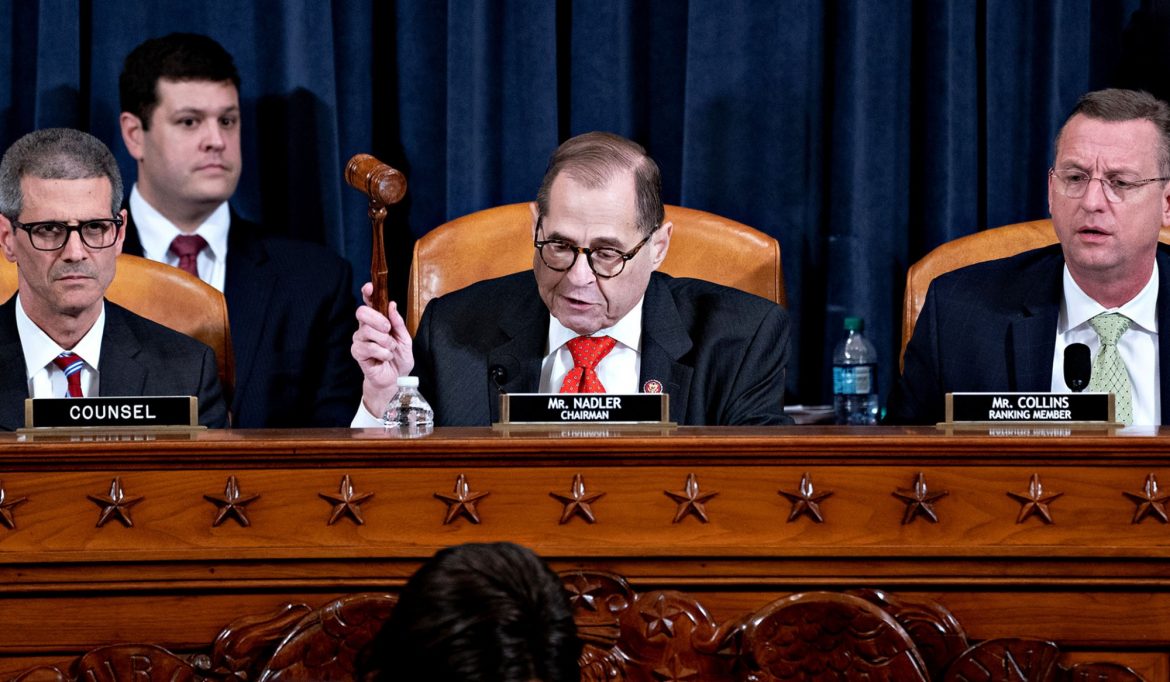 After only three days of hearings and zero fact witnesses, Democrat Members of the Judiciary Committee approved Articles of Impeachment sending them to the Floor for a vote by the full House.  A very sad day in the life of our great Republic and one that will also haunt future Democrat Presidents when there is a Republican majority in the House – payback time will surely come.

This represents the Democrats’ vain attempt to finally achieve the top item on their policy agenda for the past three years: to reverse the results of the 2016 election. Resistance and not governance has been an ongoing effort since day one of the Trump presidency and has been destined for failure from the beginning.

Democrats on the House Judiciary Committee continue to fail the American people by voting out two unproven Articles of Impeachment against the President after only 3 days of hearings and ZERO fact witnesses. No matter how hard they try, they cannot prove that the President committed high crimes or misdemeanors as required by Article 2 Section 4 of the Constitution.  Instead, the evidence shows four indisputable facts that will never change: both President Trump and Ukrainian President Zelensky have said there was no pressure on the July 25 call, there was no conditionality of aid in the call summary, the Ukrainians were not aware that aid was withheld when the presidents spoke, and Ukraine still received aid and a meeting with President Trump without taking any action. The claim that the President abused his power has not been proven. In fact, the only abuse of power is by Speaker Pelosi and her caucus as they try to remove the duly elected President from office and overturn the will of 60 million Americans.

The Articles also argue that the President has obstructed Congress. The Majority suggests that because President Trump has sought judicial review regarding his claims of executive privilege involving the possible testimony of his closest advisors, he has circumvented the law and Congress. We live in a country where the Rule of Law still exists, and to claim that availing himself of the courts is the equivalent of obstruction of Congress is ridiculous.

This partisan impeachment circus has been flawed from the very beginning. At every turn, both Congressional Republicans and President Trump have been denied fairness and due process. While transcripts of the testimony in the Intelligence Committee were eventually made public, most Judiciary Committee members were not able to watch the hidden proceedings, question witnesses, or ensure the accuracy of the transcripts. Chairman Schiff at times ordered witnesses not to answer Republican questions, lied about his contact with the whistleblower, and surreptitiously obtained phone records of Members of Congress and the press. Hearsay, speculation, and inferences are not enough to remove a sitting President.

It is time for this charade to end and move the country forward.