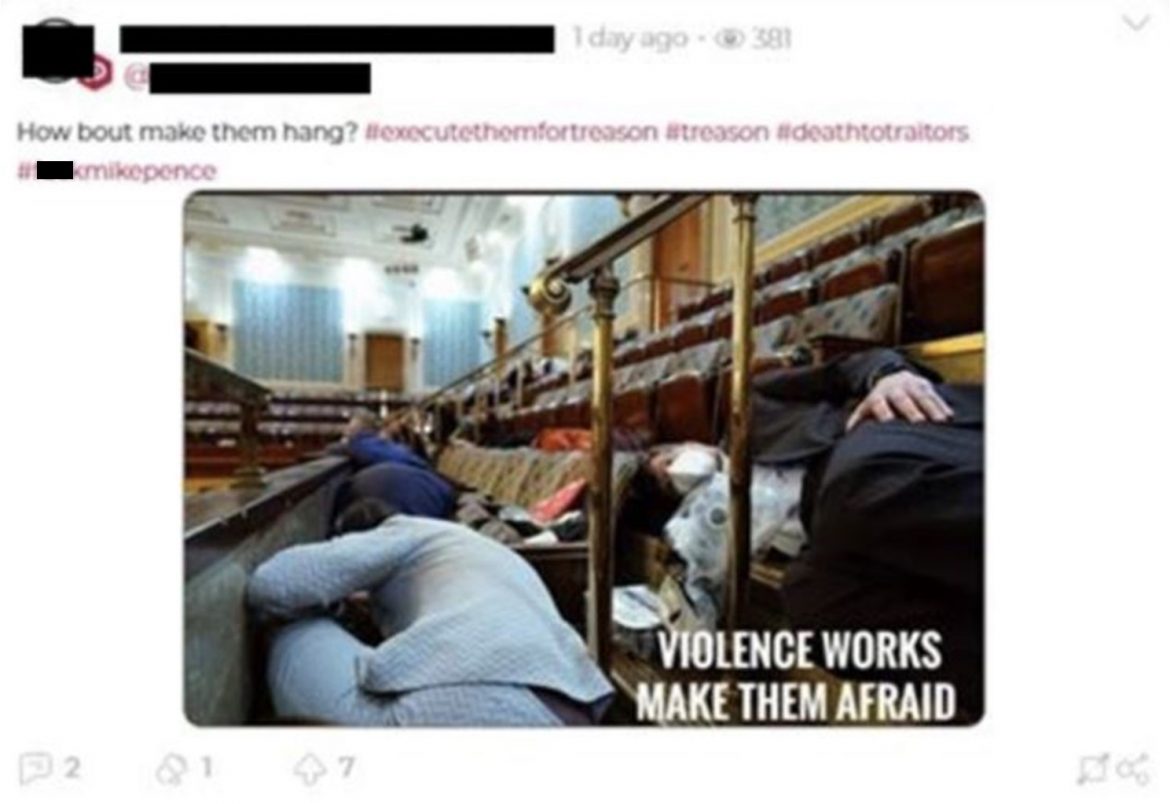 I intend to do a series of posts debunking the â€œstolen electionâ€ lie over the next few weeks, but first I think it is important to explain why this needs to be done, and how important it is that we not allow a majority of Republicans to continue accepting this lie as a given.Â  Normally I wouldnâ€™t think it necessary to explain why believing a lie is a bad thing, but we are dangerously close to the â€œstolen electionâ€ lie becoming, as one person put it, â€œa tenet of faith for the Republican base.â€

There are four main points that naturally follow one another and will lead America down a very dangerous path.Â  They begin in order with the most basic issue:

1. We will not learn the lessons of our defeat

Republicans need to really learn from our mistakes, but that wonâ€™t happen if most of the party clings to victim status.Â  If we prefer to believe it was not our own failures to convince voters why they should support us, but instead a shadowy conspiracy that can submit millions of fraudulent ballots without any evidence, or foreign nations counting our ballots and switching votes, we are never going to learn the lessons we need to.Â  We will not make the changes we need to make to win again.Â  This leads to the next problem:

2. We undermine faith in our Republic

As Republicans settle into the idea the election was stolen, they will lose faith in our electoral process.  This loss of faith also means a loss of respect for our Republic, which includes the peaceful transfer of power from one administration to the next.  These are the foundations of our country that made us the lodestone of freedom and prosperity throughout the world.  Losing faith in these concepts means you have lost faith in America itself.

Politicians and party leaders continue to parrot the propaganda of a rigged election because they are afraid of upsetting the Republican base by telling them the truth.  â€œPander to the base,â€ they think, â€œbecause if I donâ€™t, I wonâ€™t win a primary or I may lose my position in Party leadership.â€  The irony of this strategy is that they are ensuring their own defeat.  They are reinforcing an idea that voting and campaigning is pointless.  This will depress their own potential pool of volunteers and voters, which leads to the next issue:

Once Republicans no longer have faith in our elections, they are just going to stop voting, turning a belief that we cannot win into a self-fulfilling prophecy.Â  Proof of this was demonstrated just weeks ago in Georgia when Democrats won both Senate runoff elections to take control of both houses of Congress.Â  The last time Georgia elected a Democrat to the U.S. Senate was in 2000. There is no way Republicans should have lost those races.

Both Purdue and Loeffler were incumbents with what should have been an advantage in party support, but they had two glaring issues.Â  First, both Purdue and Loeffler were forced to repeat every crazy conspiracy theory Trump and his team spewed forth or he wouldn’t campaign for them.Â  This cost them suburban votes.Â  Second, Republican voters in the rural areas stayed home and did not vote in the runoffs.Â  They stayed home because they listened to Trump and Sidney Powell and Lin Wood who told them over and over the election was stolen.Â  We should have had a 52-48 majority in the Senate, and now Kamala Harris is breaking ties, all thanks to the “stolen election” lie.

These will not be the last elections we lose because of depressed turnout.Â  Virginia has a 50-plus year track record of electing a Governor that is the opposite party of the President.Â  This trend was only broken once in 2013, but we are in danger of breaking it again by convincing Republicans their vote doesnâ€™t count.Â  Virginia Republicans from Attorney General candidate Chuck Smith, to E.W. Jackson to even RPV Chairman Rich Anderson have sent emails to me claiming they believe the Presidential election was stolen, essentially telling people to go home and donâ€™t bother.

4. People will look to make changes by â€œalternate meansâ€

When you have lost faith in elections, and you think your vote doesn’t count, and you are unhappy with your current form of government, you seek to make change by “alternate means.”Â  You may think this is hyperbole, but we just watched our Capitol get stormed by a bunch of people convinced the election was stolen and they were going to “do something about it.”Â  Did everybody enjoy that show?Â  Was it fun to watch?Â  That was a group of church-going moms, small businessmen, blue-collar workers, and even state-level elected officials that stormed into the Capitol to try and block the Constitutionally required certification of the legally cast slates of electors.Â  They did this because they were told the election was stolen and they were told they should be terrified of what comes next by the outrage machine.

Reports have come out that the FBI knew about and issued warnings that extremist and militia groups were heading to D.C. on the 6th ready for â€œwar.â€Â  Monitoring of online forums revealed discussions like this:

â€˜Be ready to fight. Congress needs to hear glass breaking, doors being kicked in, and blood from their BLM and Pantifa slave soldiers being spilled. Get violent. Stop calling this a march, or rally, or a protest. Go there ready for war. We get our President or we die. NOTHING else will achieve this goal.â€

Underground extremist militias are recruiting members and banding together for mutual support in the wake of Jan. 6th.Â  Groups in Georgia and Texas are calling for secession because they believe we have seen our last Republican president.Â  Right now there are people gearing up for war against our Constitutional form of Government and calling themselves â€œpatriots.â€

You could find this kind of talk all over Parler before it was taken down, just like the meme that headlines this blog post.Â  Here are just a few screen shots of the kind of â€œpatriotsâ€ out there:

Do those images offend you?Â  I hope they do.Â  These are the kinds of people that are waiting to radicalize your friends, or maybe even your kids, and this constant pushing of the â€œstolen electionâ€ lie just greases the skids for their recruitment.Â

Extremist groups prey on vulnerable, desperate people who believe they have no hope of improving their lives through normal means.Â  That is exactly the kind of hysteria the â€œstolen electionâ€ lie produces, and the more it gets parroted, the easier their recruitment gets.

Admitting you lost an election is never fun. I have lost more elections than I won. They were not stolen. We just weren’t able to get enough support to win. You don’t cry about it. You don’t blame everyone else. You pick yourself up, figure out what went wrong, and do a better job next time of persuading voters to support you or your candidate in the future.

Leadership is not telling people what they want to hear. It is telling them the truth and inspiring them to follow you. The people in Party leadership and the candidates who seek to lead in the future would do well to remember that.

The Importance of Debunking the â€œStolen Electionâ€ Lie was last modified: February 9th, 2021 by Mick Staton