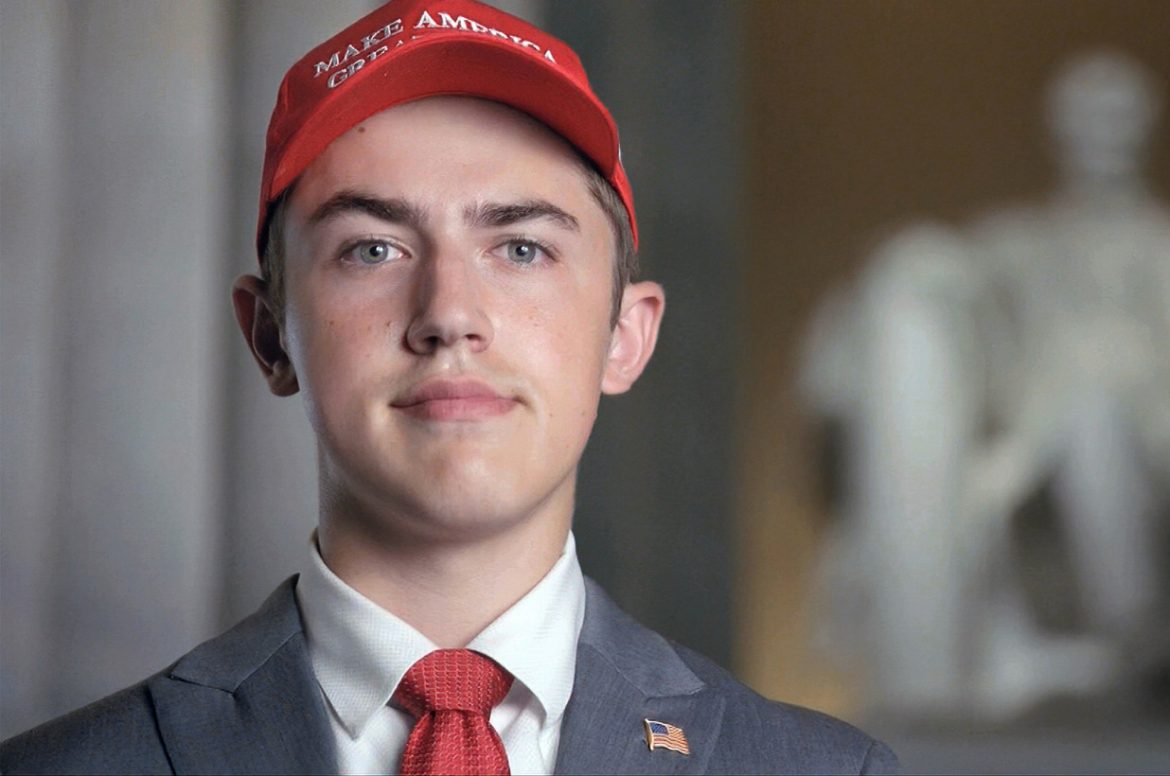 Nicholas Sandmann during his RNC appearance last month. (Committee on Arrangements for the 2020 Republican National Committee via AP)

Nick Sandmann, the Covington Catholic student defamed by the news media, has enrolled at Transylvania University in Kentucky.   As he started his Freshman year, he was attacked both from outside the institution and from within the institution itself.  The abuse and further defamation of character are at issue as a result.

The first instance involved an ACLU associate and prior Transylvania graduate questioned why and how the university could admit such a “provocateur in training with no intention of learning”.  Because of the subsequent backlash, said associate, Samuel Crankshaw, stated that he was taking a personal rather than ACLU position.  The ACLU, not unexpectedly, supported Crankshaw’s statement about this being his personal opinion that was rendered on personal time.  The courts would have to judge the truth of these statements and whether they were self-serving only or intended to hide ACLU’s involvement.

The second incident appears to be more serious.  A professor in the sociology department at Transylvania singled out Sandmann for special attention, and the attention was focused on the assumption that Sandmann might say or do something untoward.  This professor, Avery Thompkins, subsequently issued an apology for making a mistake.  Needless to say, Transylvania officials are now taking a serious look at the situation created and likely to unfold.

Freedom of speech and freedom of lawful action have been put at risk.  Sandmann has once again been singled out because his politics are conservative – and logically because he won defamation suits against major news organizations.  Once again, the question arises regarding defamatory types of attacks by organizations and those in authority against an individual:

ACLU issue:   Did the ACLU encourage or approve of the Crankshaw comments that questioned the “wisdom” of the Transylvania University decision to admit Sandmann?   Has the ACLU taken any action against Crankshaw other than to allow him to claim that his comments are his and his alone?  An examination of the correspondence between the ACLU and Crankshaw should clear things up.

Transylvania University issue:  It has long been recognized that professors are in a position of authority and have power over students.  A professor gives grades, and grades have value.  For a professor like Thompkins to prejudge a student is not only wrong but damaging to the student.  Thompkins said “If he were to cause problems by being disruptive, trolling, or engaging in unethical behavior of any kind, I would immediately document it (just like I would for any student doing the same thing).   Thompkins further commented “I’m interested in knowing why he chose Transy, whose mission is the antithesis of what he believes and promotes”.   The question for the university is whether Thompkins has poisoned the institution against Sandmann, and what should be done about it.  Should Thompkins be suspended or fired?  Since Thompkins is employed by the university is the university libel for his professional attack on Sandmann?  “Here is part of the apology statement by Thompkins “I want to apologize for my mistake in singling out a student and any misunderstandings that arose from that. — “.  Notice that he doesn’t apologize to Sandmann only for his professorial mistake.

I hope that Nick Sandmann is able to enjoy his college experience at Transylvania University as well as obtain a good education.  (Frankly, it will be up to the leadership of the university to take action and not just sweep this adverse situation under the rug.) I imagine that a young man like Nick would like this all to go away quickly.  Unfortunately, the rabid cancel culture activities of the left will likely make this difficult if not impossible.

Note:  Nick Sandmann is working for the re-election of Senator Mitch McConnell.