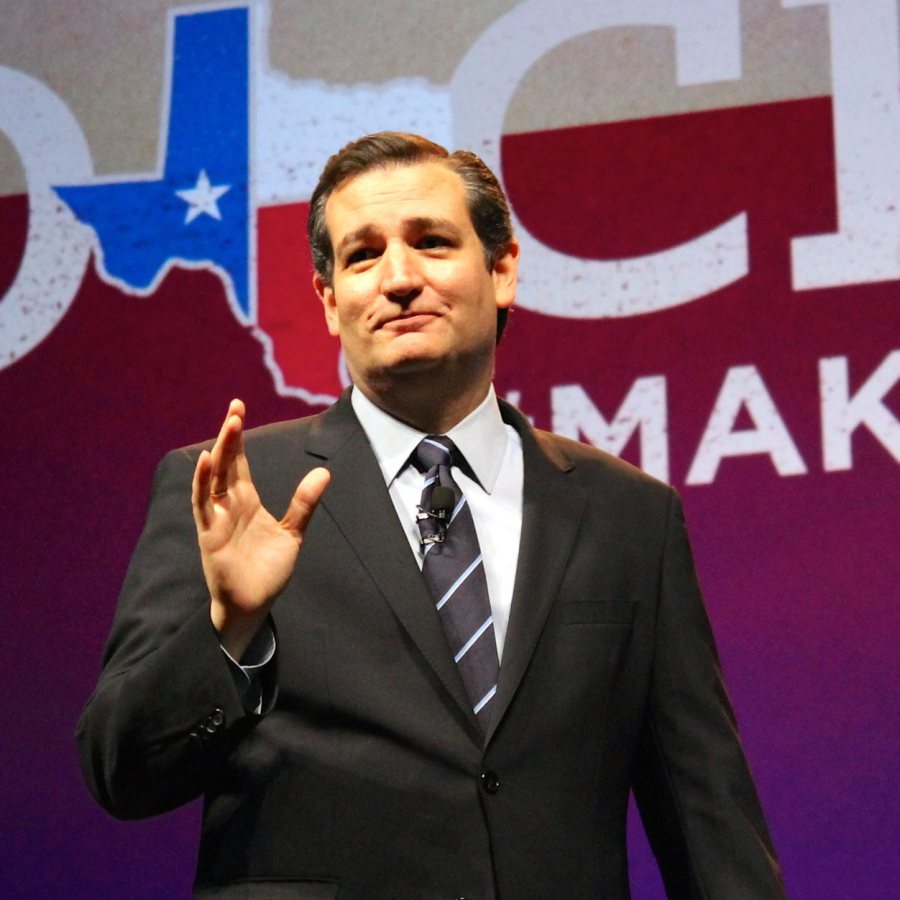 The Inevitability of Ted Cruz

As the Republican Primary takes shape, I feel increasingly confident in the electoral viability of Senator Ted Cruz. While those who make a fortune working for, lobbying for, contracting with, and benefiting from the Republican Establishment in Washington D.C. will remain cantankerous toward the Cruz Campaign, the Senator has a great deal working in his favor.

Money? Check. He’s been an erudite fundraiser, drawing the magnitude of his contributions from small donors, who are likely to vote, likely to volunteer, and likely to spread the word-of-mouth praise and adulation that inspires others to get on board a bandwagon.

Organization? Check. Donald Trump, Ben Carson, Marco Rubio, and Jeb Bush also sport expertly crafted and experienced campaign staffs, but unlike Cruz, they have all been burdened by mistakes, by history, and by their inexperience. Senator Cruz is operating a mistake-free campaign. I’ve heard his campaign referenced to as “the little engine that could”, but that concept drastically misses the mark. What makes Senator Cruz a brilliant campaigner is not that he’s slowly chugging up the mountain, it’s that he has thousands of activists and organizers laying the track long before the train arrives.

Intellectual Support? Check. Conservative Review, Heritage Action, and dozens of other think tanks and organizations have ranked Ted Cruz as one of the most legitimate conservatives in America. Senator Cruz didn’t just become a conservative over the last couple years, nor has he crafted his conservative message in stages, piecemeal, over time. Unlike Carson and Trump who are having to spend an enormous amount of time and money manufacturing their conservative credentials, Ted Cruz has been a consistent conservative from our earliest investigations of his actions to present.

Debate Skills? Check. One of the best moments of the Republican Primary debate season came from Senator Ted Cruz.

Or how about that moment when Senator Ted Cruz took to the floor of the United States Senate and laid waste to Mitch McConnell? How about the fact that Ted Cruz hasn’t had to define himself as a conservative? From the very beginning Ted Cruz has been a Constitutional Conservative. And why are so many Libertarians like myself supporting Ted Cruz? Maybe because Ted Cruz has always been an advocate of those Constitutional Amendments this Republican Party has failed to adequately protect.

Ted Cruz hasn’t made many friends in Washington DC. The same Congressmen and Senators that have ignored us as their constituents have ignored and libeled Senator Ted Cruz.

The fact is, that Ted Cruz is the most likely nominee for the Republican Party. Donald Trump and Ben Carson are more popular, because they are better known, but as the nation gets to know Senator Ted Cruz, I have no doubt that he will ignite a fuse, a spark, a blaze, and a fire at the heart of the Republican Party. Those tired of losing, tired of watching the Republican Party legislating a Democrat Agenda, will embrace the Senator from Texas, as the next Republican Nominee for President of these United States.

Folks! Any thoughts on Cruz’s support of the Trans-Pacific Partnership?

Cruz has come out strongly against the TPP. He initially supported TPA, but turned against it based on changes.

Cruz has been long enough in Washington to have ‘initially’ known what the TPP deal was. Johnny come lately doesn’t cut mustard.

I want to see Liberty candidates that speak against the practice of de facto government. So far, I don’t see any.

The TPP deal wasn’t finished until recently, and as soon as it came out, Cruz came out against it.

So your point is that there are no candidates good enough for you? I admit that Cruz is not perfect, but he is a lot better than any of the other options. Is there someone else you prefer?

Grace Kelly’s son or daughter might have been good choices if they had kept their US citizenship instead of choosing to be royalty.

No, they would have been ineligible as well. I don’t believe they ever had US citizenship.

Well yes they did because the son gave up his to become Prince Albert.

From your keyboard to God’s eyes. I agree with all your points. Cruz is by far the smartest person running, has the most disciplined campaign, and seems to be doing everything right.

The real debate is who should his VP be. I think Gov. Nikki Haley of SC. After 8 years of Cruz fixing all the damage Obama did, we would then have America’s first female President based on merit, not on affirmative action.

Um, what was the citizenship of his parents when he was born? Year? What was his citizenship?

What was the citizenship of her parents when she was born? Year? What was her citizenship?

What other parts of the Constitution shall we discount?

Birther! Bircher! Smircher! Are you saying lawfulness does not matter one twit?

I am saying that you are a twit because a bunch of legal scholars agree that Cruz is a natural born US citizen, but you and Hillary insist they are wrong.

Okay! What sort of rude twit goes around calling other people twits? And what kind of ‘legal scholars?’ Same as those on the Supreme Court?

Your appear short on substantiation, but long on innuendo!

The Congressional Research Service, Harvard Law Review, Legal Insurrection, and a host of others.

Has anyone credible said that he is not?

Congressional Research Service, Harvard Law Review. You might as well add Chief Justice Roberts on ObamaCare. I rest my case.

Sure, random internet commenter, you are the beginning and end of legal theory. The fact that Cruz was born a US citizen doesn’t matter because his mom happened to be in Canada at the time. Geography must have instilled him with some foreign loyalty that the Founders were wary of. How can we nominate you for SCOTUS?

The fact? Earlier you said he was ‘a natural born US citizen’ and now you say he was ‘born a US citizen.’ I think you should go back to my original query and figure out the real facts and then we can go from there. (many sources, maybe Mr. Tucker, master of upvote, logic and philosophy, can get the particulars from Shak or Chris)

You’re making this harder than it is. I suggest you start with a clean sheet of paper to define and use your terms — write down the ones you are bandying about, figure out and understand THEN you will better use them to make cogent arguments. Unless you want to keep playing Saul Alinsky.

The Constitution was not created and does not exist for our betters to interpret, know and explain to us, it was written for the citizenry to understand and know, discuss, debate, revise as necessary. Some of us have sworn to uphold and protect it, some of you choose to abdicate the critical thinking to others.

There are parts of the Constitution that could not be more clear (i.e. … the right to keep and bear arms shall not be infringed.”), and those that are not clear (i.e. the definition of a natural born citizen). So scholars and experts do there best to interpret it. Most of them agree that Cruz being a citizen at birth means that he is a natural born citizen (he did not have to be naturalized to be a citizen).

Your insistence that you are perfect in knowledge of a point that is not perfectly clear simply means you are arrogant.

One always pays closer attention to the things closest to them. The second amendment is clearer to you, but there are many others that choose to ‘interpret’ what kind of gun, how many, the purpose, type, and function. The term natural born citizen is quite clear in context, history, and purpose. Much supporting material, many explanations, graphics, etc. A little research beyond ‘appeal to authority’ might prove enlightening.

Most climate scientist have a consensus that mankind, specifically USkind are the cause.

But we try reason over religion (optimistically)

Your interpretation that one thing equates to the other because you think so and others share that dogma does not make it so.

But, until you consider the original questions (which destroy your narrative) you may remain comfortable in your ignorance.

And I will remain content in my arrogance. But I, unlike you, consider Senator Cruz more than a Canadian Anchor baby.

Again, I’m going to go with the Constitution, like with what Senator Cruz likes. But, you may gather your legal and other scientists to build your ‘consensus’ that might magically transcend logic and fact.

The Constitution says natural born US citizen. Cruz was born a US citizen, not naturalized. You can insist that the Constitution says whatever you want, but the consensus remains that born a citizen equals a natural born citizen. Next time you have a seance with one of the Founders, perhaps you can record their clarification for us and resolve the issue. Until then, you are just one of Hillary’s pathetic minions.

No, no it does not, allow me to help you: Article II, Section 1:

You are playing fast and loose with terms here; ‘natural born US citizen,’ ‘born a US citizen, not naturalized’ Same as the ‘media’, ‘experts’, and your ‘host of others’

Next you are projecting and implying my comments and positions.

Then you attempt to ridicule and belittle. and finish up with guilt by association.

Do you understand how forums, discussions, and debate work?

A bunch of legal scholars think the 2nd Amendment is not absolute. I prefer the Constitution to your interpretive legal scholars.

Um .. his poll numbers?? Ted Cruz has not managed to break into double digits ANYWHERE. Cruz will most likely NOT win the Republican nomination and that’s good because (sadly) I don’t think Cruz could come close to winning the general election. However there’s an excellent chance he’ll be Trump’s running mate – and that would be awesome! They’d be the dream team. Trump/Cruz 2016

I doubt Trump will be around by the time the voting starts. If (when) Cruz gets the nomination, he will beat Hillary in 40 states, easily.

He’s polling in double digits where he needs to. He’s looking very strong.

I could live with that