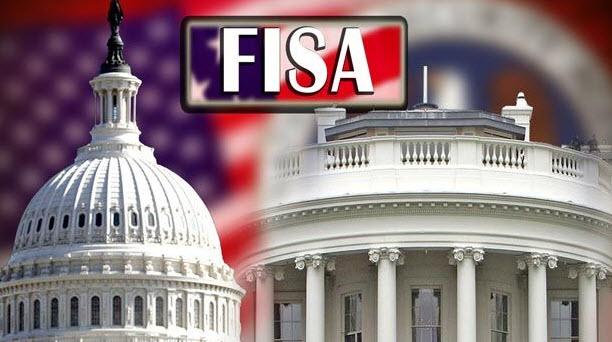 A couple of months ago, I wrote an article identifying the Mueller Special Counsel as the Democrat “insurance policy” in the event of a Trump election.  The contention still holds, and even more so. However, there is another and quite disturbing aspect of the “insurance policy”, and this article raises a fundamental question about a wider definition of that policy.

The FISA Court judges gave approval for a massive investigation of the Trump campaign.  It has now been established that the evidence for said approval was superficial and speculative.  The fundamental question is how did a number of FISA Court judges so easily allow investigative approval when it would obviously impact an ongoing presidential campaign.  (Not only was the initial investigative approval based on innuendo and outright nonsense, but the initial approval was subsequently used to continue and expand a variety of investigations presumably associated with Russia collusion on behalf of Trump campaign and presidency.)

The media and a number of government officials have said that the standard and carefully guarded FISA Court approval process was used – and, by the way, the judges involved had been appointed by a Republican president.  In other words, nothing here so no reason to look. Really? (What concerns me the most here is confirmation bias based on the assumption that Hillary was going to win the presidency so why bother to be thorough with the judicial analysis of the FBI/DOJ information.)

To be more specific, we know that the Bushes have no love for Donald Trump, and it is likely that the FISA judges appointed by President George W. Bush share a similar distaste.  The amount of animosity by individuals at the highest levels of the DOJ, FBI and intelligence organizations is not a secret. Logically, why would the Bush appointed FISA judges be somehow immune from the impact of the rampant political abuses of the Obama administration and the constant assaults by Republican leaders opposed to Donald Trump.  (The weaponization of the federal government during the presidential campaign season favored Hillary Clinton, opposed Donald Trump, and continues to this day.)

Until the FISA judges are called to account for their rather sloppy decisions and disordered investigative approval process, the hint of scandal hangs over their heads.  And it should. Significantly, hundreds of pages of FISA documents have been released with redactions so numerous as to make said documents nearly indecipherable. Who other than the obvious culprits are being protected?  Was judge shopping involved to get a friendly judge? Was the FISA request timed to ensure that such a judge was available? I can understand the subsequent investigative approvals of other judges because the precedent had been set, but there are simply too many unknowns here to give the judiciary a pass.

The pebble in the pond creates small ripples that spread quietly onto the shore.  However, these are not pebbles but boulders that shake the very foundation of the American republic.  So far, the spotlight has been horribly and deliberately misdirected and distorted thanks to the Special Counsel.  But there are yet to be boulders thrown to protect the Constitution, and those boulders involve the judiciary as well as the past administration’s executive departments and agencies.

I recall clearly arguing with the right wingers on LC boards when you all wanted to allow warrantless wiretapping of American citizens. Then you all argued that FISA warrants were unnecessary and your president had every right to wiretap whomever he wanted in the name of domestic security. Now you all argue than FISA warrants are not good enough protection to allow surveillance (although you offer no alternative). Please make up your minds.

Most people don’t have the clue as to their enslavement, nor how it all came about, nor what we are supposed to be. Blind leading the blind. I hope the young people do better at figuring things out.

The Deep State’s actions in the Trump dossier are the stuff that make you wonder if you really have a democracy anymore. Obama was absolutely top notch at using the federal bureuacracy on his enemies. Probably learned that from the Clintons who launched the federal government on anyone who opposed them. Those hundreds of millions of dollars that corporations paid the Clintons in speaking and foundation fees were protection money.

The opposition dossier on Trump… which by the way was started by Never Trumpers and then handed over to Hillary.. used to get a FISA warrant with the atttendant use of the power of the federal ABC intelligence agencies on Trump and his team is:

And this with the aid and support of the #$%king Never Trumpers in the GOP Incorporated which I am never voting for again.

As I point out below to our friends who come here from Media Matters, what if Bush Cheney provided a dossier on Obama that he is a commie and set the ABC security agencies on him when he ran against their fellow phony conservative buddy McCain in 08? Y’all would be screaming to high heaven. But since it was Obama and Lynch, that is A Okay!

Funny a few years ago you didn’t trust the Deep State when they came up with a phony baloney Weapons of Mass Destruction theme to justify war on Iraq… but you believe the same sort of Bullcrap they manufactured to oppose Trump.

You truly are devoid of the ravages of intelligence. Unless of course you guys are Democratic Party operatives, and then well played on your part… get the morons to believe Russia is lurking.

Obama ran the executive branch as a criminal enterprise, and continues to intimidate opponents through the use of his 30,000 member OFA. The coup against President Trump and the American nation continues.

The two or possibly three Democrap imbeciles or maybe rather operatives who come to this website usually only come for issues of national importance. They leave your Virginia politics posts usually untouched. I wonder if they have some sort of system which alerts them.

Let’s see if Eric the Halfwit or Jimjim or something like or that other numbnut Arthur Olson, or Chris K show up for this article. Say whatever happened to that Old Redneck moron?

There are assigned and unassigned shills who visit and thus make a living. They help to make our case when we correct them, so it works against them.

2) This week, the WH has obviously made the FISA warrant
the primary talking point for “Right Wing Media”. Well, even if what they say about Carter Page/Steel Dosier fiasco were true, why is the self-proclaimed “innocent” Trump afraid of the results of the warrant? I mean, how many times has Trump said he has done nothing wrong? Why would an innocent man be concerned about any warrant?

4) Both parties embrace the Russia investigation as it keeps the heat off a dysfunctional congress, where both parties are low life thieves, crooks, and liars.

5) Washington is where the money is at. So, it is also where the worst people in America congregate. The worst America has to offer, BOTH PARTIES!

Yes,
Both parties suck and they only serve their bought and paid for Corporatist and Globalist interest of fast track free trade and illegal immigration.

Trump has turned and used fast track trade to the interests of Americanism.
Trade should be debated on the House and Senate floor.
The two thirds of current Republicans should not be running from E-Verify.
And the lousy Democrats look like the old Coke commercials
where they want the World to hold hands and share a Coke.
The Swamp is alive.

Judge more by actions and not by empty words … and one might begin to perceive that the Republican Party has largely been a party of Globalist ambition for the last half century or more. This, of course, is with exceptions like Ron Paul. The function of the Republican Party, until the arrival of Trump, who is a game changer of sorts, has been to protect the flank of the ‘other’ political party by duping basically good people who call themselves Republicans.