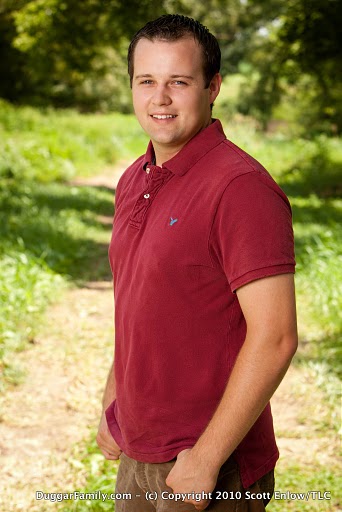 The Josh Duggar Story and the Police Reports, There Are No Heroes

Full disclosure, I am a huge fan of “19 Kids and Counting”.  I have recorded and watched every show, marveling at their lifestyle and culture which somewhat miraculously works for them. I heard the crew say on last week’s show that in 10 years of filming, 10 years of being so close to this family, not once has either parent EVER raise their voice to a child. Impressive. But no family is perfect and the Duggars proved to be no exception.[read_more]

The news broke today that when the Josh Duggar was 14 and 15 years old he sexually fondled several little girls some of whom were his sisters. Today he resigned his job at the Family Research Council.

In 2002 and 2003 one of Josh Duggar’s sisters told their parents that Josh had been fondling her when she was asleep.  Several other sisters had also been fondled and as well as another little girl. It’s not clear if the other child was a relative or a family friend.  In total five girls were molested by Josh Duggar.

In 2006, when Oprah had a scheduled interview with the family her production company Harpo received a tip about the molestation. From Eonline:

Harpo alerted the Arkansas State Police Child Abuse Hotline and the Springdale Police Department received a copy of the email at 9 a.m. on Dec. 12, 2006, according to the police report.

James (Jim Bob) Duggar and wife Michelle Duggar then brought Josh to the Children’s Safety Center in Springdale on Dec. 12 to be questioned with regard to the allegations; the report further states that James told police that Josh had admitted to multiple instances of molestation, said to have occurred in 2002 and 2003, and had subsequently spent four months in a counseling program in 2003.

The full police report from 2006 is here, with names redacted.  (James is the Duggar father, commonly called Jim Bob.) According to the Duggars they did not alert police at the time of the molestations in 2003 but instead spoke with church Elders and sent Josh for treatment and counseling for a three month period, from March 17, 2003 until July 17, 2003. They later admitted Josh received no counseling but went to work for a family friend in another Little Rock who owned a remodeling business. When Josh returned the Duggars took him to speak with a family friend, Arkansas State Trooper Jim Hutchens. No arrest was made, Mr.Hutchens gave Josh a very ‘stern talking’. Mr. Hutchens is now serving 56 years in prison for possession of child pornography.  (I am not making this up, the story is here.) The whole story and the investigation came to light when someone found a long forgotten letter written by one of Josh’s victims in a book borrowed from the Duggar family.  Again, I am not making this up.

Josh Duggar has sincerely apologized for his actions when he was teenager and has resigned his job with the family Research Council.  Of course the left has been quick to jump on this story and accuse the Duggars, and all Christians, of being hypocrites while the right has been quick to say that the Duggars aren’t hypocrites, progressives are.

As a lifelong child advocate, the resolution of this story just doesn’t sit well with me. As far as I can tell, Josh Duggar never received any counseling of any kind, nothing other than a stern lecture from a disgraced cop, and a few months of hard labor remodeling houses. Was that enough to prevent him from repeating his actions? I have no idea, nor does anyone else.  Why didn’t his parents immediately get Josh into counseling when they learned of his actions?

My concern is for his children, his 5 year old daughter and the daughter that is about to be born. Will those two little girls (and there are likely to be more) be safe throughout their lives? While Josh’s apologies are a good thing, can he and will he offer assurances that no child molestation will ever happen again?  I would feel much better if he could say that he had received intensive counseling and he would never, ever, molest another little girl. I haven’t heard that yet and that causes me concern for his daughters as well as the many other little girls around him now and in the future.

The Washington Post says TLC should not pull “19 Kids and Counting”.  Color me surprised.

Late-reporting Precincts, Then and Now