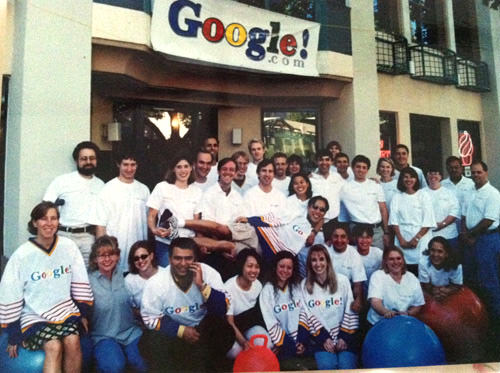 The Last Battle for Free Speech?

â€œThe mega-social media complex, led by Google, has declared war on traditional America, and the founding doctrines of human liberty and religious freedom. Now, the urgent question is how do conservatives stop them?â€

For those of us who have been writing about the battle for free speech over the years, it has been like watching a slow-motion train wreck. The locomotive has left the tracks, and boxcars and wreckage are flying in a hundred different directions at once.

Across the face of the Western World, the Age of Reason and its Judeo-Christian foundation is already part of the wreckage.

What you think, what you say and what you write across much of continental Europe, Canada, Australia, and the UK is now subject to criminal action by the police and courts employing the vagary of â€œhate speech laws.â€

In England, Scotland, Denmark, Italy, Spain, France, among other countries, there have been arrests and prosecutions of both citizens and politicians for nebulous speech crimes. A critical comment or social media post on a person, race, religion, or controversial subject can â€“ and have â€“ been cause for legal action, even if entirely factual.

Also, the European Union has been drafting new restrictions for the hapless citizens of its member nations, with the promise of more to come.

The famous Layâ€™s potato chip advertisement used to taunt consumers with a sage truth; “Bet you can’t eat just one!” The same is true when governments start to regulate speech under the canard of controlling â€œhate speech.â€ One offended party satisfied by the law only ensures a continuous supply of the aggrieved.The first bite is merely a precursor to regulating ever-expanding rings of political and religious discourse, and then other rights.

In Europe, itâ€™s already clear that these â€œthought crimesâ€ are considered more dangerous and are more rigorously prosecuted than many felonies. A disobedient thought, said or written, invites thinking. Thinking encourages action. The powers-that-be canâ€™t brook such competition.

The only thing George Orwell got wrong was the year.

The parliamentary governments of the Old World are the leading edge of the thought crime war, having no fixed constitutional guarantees of free speech that exist beyond the whim of the mob or the manipulations of the politicians in power at the moment.

In America, itâ€™s a taller order. But, perhaps not tall enough. The politicians and administrative state seem captivated by the possibilities offered if hate speech becomes the default legal standard.

(Both the Republican-controlled House and Senate passed so-called Hate Speech Resolutions of dubious outside origin in 2017, with very similar language. Virginiaâ€™s own former Congresswoman, Barbara Comstock, VA-10, was the House sponsor of HR 257.)

These politicians and bureaucrats only need to finish interring the concept of God-ordained Constitutional rights that restrain them, and you can rest assured theyâ€™re working hard to do just that.

In the last few years, the attack on free speech has taken a new, much more aggressive, and dangerous turn.

The shock troops in the war on free speech are the mega-social media platforms. They, with near unanimity, have adopted into their corporate identity and business models a combative antipathy towards America. And they arenâ€™t hiding their intentions to use their power to change the country.

The social media complex, led by Google, has essentially declared war on traditional America, and the founding tenets of human liberty and religious freedom. They alone outside any legal oversight are busying themselves with establishing the criteria for free speech and content without any public discussion. In their own vacuum theyâ€™re determining what does or doesnâ€™t constitute the universe of acceptable ideas and worldviews.

The major social media platforms have decided, and they are not trying to hide their intentions, to use their near-universal control of the web to achieve specific political ends, replacing the will of the governed and denying individual citizens their constitutional rights – while exercising their own.

Exiles from Google, Amazon, Facebook, and other social media tech gurus have already wittingly and unwittingly confirmed the public fears that big tech is out of control. Within the last several months, Project Veritas, a now-famous non-profit founded by investigative activist James O’Keefe, has had several startling revelations from big tech companies that merely confirm the obvious; the big media platforms are determined to ensure and shape the American conversation, and they will use their power to do just that. (A Google executive is caught on a hidden microphone here.)

Just last month Project Veritas released an interview with a senior Google engineer and whistle-blower, Greg Coppola, PhD, who discusses Googleâ€™s intention to use its algorithms to swing massive votes to the radical Democrats in 2020. (See the full interview here.)

The in-your-face politicization of various mega-platforms has already taken off at break-neck speed since the 2016 elections with steadily increasing shadow banning or de-platforming conservatives and right-of-center political and pro-life activists, Christian voices, social critics, political writers, blogs, and even educational websites.

Itâ€™s the â€œlet them eat cake syndromeâ€ refurbished for the twenty-first century.

Major transnational corporations have also now joined the social media giants and the radical Democrats and others in the fight against human liberty – perhaps because they see the trends of more populist politics going against an elite-run global order, or the â€œcrony-corporateâ€ model of Marxism (think China.)

Many of the nationâ€™s major financial institutions and international  corporations are making an open alliance with the radical left and the social media platforms to create a communal social representation of the culture that allows no disagreement or dissent.

Big business interests are also using their financial muscle as a tool to force local and state governments to adjust or forgo various social policies, such as religious freedom laws, that offend the new radicals and utopians. In the case of the largest national banks, they have already begun eliminating lawful business accounts where they deem the underlying business model at odds with the new radical â€œsocial conscience.â€

In case there is any doubt about the affirmative acceptance of the new communal social representation of the American culture on the part of the nationâ€™s institutions and businesses, one only has to watch prime time television and its undeviating presentation of the â€œnewâ€ cultural norms in the advertisements, in print media, from Hollywood, and in TV news media.

These business bedfellows have assumed the specific narrative and word pictures used by the radicals on matters of family, marriage, gender, human sexuality, and the other prevailing totems of virtue signaling.

Not only is the â€˜medium the message,â€™ now it is the guillotine of ideas.

All of this has been obvious for a while now. Less obvious is any consensus on the part of political and religious conservatives on how to respond to being pushed out of the debate of ideas.

There seems at best to be a fatalism that has settled into the conservative movement and into the larger church that accepts the reality of a post-constitutional and post-Christian America.

But accepting defeat will never satisfy the radials. Capitulation, such as on religious liberty laws, never settles the matter, it only encourages the radical left to double down harder, to press for more.

When they tear the concept of the Republic apart, defame proportional representation, dismantle the â€œnegativeâ€ rights established in the Bill of Rights, regulate the life out of the economy, and most importantly, marginalize the Christian faith – they will only have just begun.

While some conservatives still reject or downplay the threat to free speech presented by the social media complex, others are making the case that to do anything â€œagainstâ€ these corporate giants is denying them their right to do business as they see fit and thus, unconstitutional. Or that over regulating social media giants only hurts productivity and ingenuity and ultimately, the consumer. Perhaps.

But interestingly, it is a Democrat that has taken the boldest step to date against the social media giants.

Representative and presidential candidate, Tulsi Gabbard, D-HI, is suing Google for $50 million, claiming â€œinterference in a federal election.â€ Google had suspended her election ads without notice after she became the most searched candidate following the first Democratic presidential debate.

Rep. Gabbard told Tucker Carlson from Fox News that Congress must now act to prevent a â€œsingle company from exercising too much influenceâ€ on an election. â€œThis [the law suit] is really about the unchecked power these big tech monopolies have over our public discourse and how this is a real threat to our freedom of speech and to our fair elections.â€

The extent of outright censorship now exercised by Google, Facebook, and its fellow social media platforms is enormous â€“ and it will only grow at exponential rates as the algorithm armies gather strength.

And while Free speech is already being specifically censored by omission and commission now, next up will be religious speech on the web that tangles with hate speech algorithms based on â€œexclusive claims,â€ and promoting the reality of human sin, personal conduct, and human sexuality. Â

So the question remains: whose rights should prevail?

This is no longer a theoretical problem, but an urgent crisis. The time has arrived for conservatives to stand squarely behind the working men and woman of America and their rights first.

Whether this means regulating the tech giants as a public utility or breaking them up, can be debated by reasonable people. But the time is now.  Working class Americans will have to create a firestorm on Capitol Hill, and burn down the internet and phone lines, demanding action from the very people who never met an obligation they didn’t want to run away from.