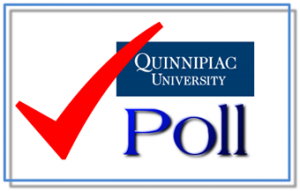 In the latest Iowa poll from Quinnipiac, Scott Walker is the leader of the pack with 25% of the vote and a favorability rating of 59% to 11%.  Most caucus participants, 62%, say his views are ‘about right’.[read_more]

Four other candidates compete for second place in the poll, Senators Marco Rubio and Rand Paul each garner 13% of the vote, Senator Ted Cruz has 12% and former Governor Mike Huckabee has 11%.  Dr. Ben Carson has 7% support and former Governor Jeb Bush has 5%.  (How many of you received the letter from Barbara Bush asking us to support her son with a financial donation? I declined.)

In this same poll Jeb Bush has the high score, 25%, when participants were asked to name a candidate they would definitely NOT support. Bush was followed by Governor Chris Christy at 20%. Senator Rand Paul was third with a 10% negative rating.

The Latest Iowa Poll, Walker in First Place, Bush in Seventh Place was last modified: May 6th, 2015 by Jeanine Martin

You left out probably the most important part of the poll, which is “…participants with a margin of error of +/- 3.8 percentage points”. The means everyone except Walker are arguably running about even.

But let’s not overstate the importance of Iowa. Lest we forget Santorum, Romney, Huckabee, and Dole all won Iowa and went on to lose the Presidency.

In 2011, the anti-Romney switched every 4-6 weeks starting in early summer through to March of 2012. I hear a much greater distaste for Bush v.3.0 than I did for Romney in 2011-2012. I also don’t hear much criticism of Walker from the anti-Bush people. I don’t think this is going to be like 2011 with constant switches in the anti-Bush candidate. It is Walker, and maybe one or two other candidates that will compete for the base.

I can’t frankly recall in my lifetime a party touted candidate with his family’s political name recognition and a stuffed corporate funding pipeline, yet still coming out of the primary gate with a 25% negative “never” support rating boat anchor dangling from his feet. It appears early on that he and his close pal Hillary Clinton are in a similar position. Party establishment apparatchiks that hold little trust or appeal for the working and middle class voter that has suffered through the Obama debacle and wants refocused energy on main street, jobs and the economy, words Bush and Clinton mouth but few believe they will actually commit to in a future administration working with the likes of a Mitch McConnell, Jr. (R-Ky) or Steny Hoyer (D-Md).

A better title for this article would have been, “Koch Brothers money in 1st place in Iowa”, Bush in 7th place, still looking for support from someone as rich as the Kock Brothers to sell his soul to in exchange for campaign cash!

Nothing but a joke. Diverse candidates?

And those bastards own “your ass”, opps, I meant retirement. Did Wall St. owned hate radio tell you this?