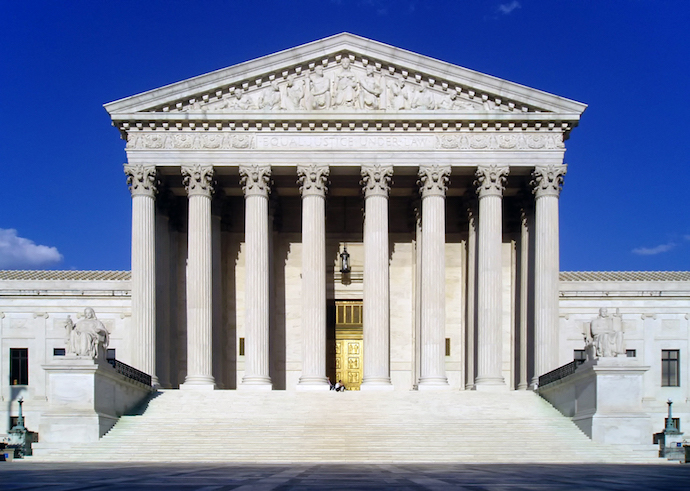 The Left Invents a â€˜Rightâ€™ for Obama

The intended impact of the language is clear: Denying Obama on his nomination to replace Justice Scalia is violating his â€œconstitutional right.â€ The GOP is therefore against constitutional rights. That certainly markets the issue to the left and low-information voters better than the Senateâ€™s having the constitutional check on Obamaâ€™s power.

Federalist Paper No. 76 addresses presidential appointments. It mentions no such â€œright,â€ but instead â€œthe power of appointment.â€ It even calls appointments a â€œduty,â€ but combined with the â€œapprobationâ€ of the Senate, which the Constitution refers to as â€œconsent.â€Â  Writes Federalist 76 author Alexander Hamilton, â€œThe possibility of rejection [of the nominee] would be a strong motive to care in proposing.â€

The governing â€œrightsâ€ of kings were deemed â€œdivine.â€ That notion was rejected in the creation of the American constitutional republic. Through the Constitution, the people granted power to government.

Government has power. The people have rights. The Constitution created checks on government power to protect the rights of people. Thatâ€™s the American formula. That concept is lost on Obama, Hillary, Bernie and their cohorts in the liberal press.

The fight over the replacement for the late Justice Scalia is indeed about protecting rights, but those of the people, not those concocted by the left for more unhinged government power.

It is also a fight about protecting the rule of law over government. Obama has consistently demonstrated his contempt for that, and it is likely that an Obama nominee would fail in the judicial duty to properly adjudicate the law governing government, the Constitution.

Exactly correct. Ticks me off every time I see it.

Semantics is a terrible game. Rights or duty or responsibility – makes no difference. Obama should appoint someone when he is ready. The senate can do what they like.

It’s not a game; it’s the English language. Words have meaning, definitions, and connotations. The far Left has long been in the business of degrading the language, and this is it’s most recent manifestation.

no, both sides play this game and claim the otherside is lying about all sorts of things in a hope to sway voters. In reality, the essence of what is being said is often the same on both sides. The article says the president has a duty and some politician have said he has the right – what difference does it make to the idea of nominating a person to the court – none! The bottom line is the president nominates and the senate evaluates – call it what you like. The only purpose for this article here is to complain about the democrats, not to further the process

That you consider it a “game” is part of the problem.

and the other part of the problem is that you believe rhetoric like this matters to anyone who could be swayed from one party to another.

Really? So you don’t think that the mainstreaming of sexual deviancy might just have something to do with the notion that deviant sexual relationships should be called “marriage”? Or, for that matter, that pornography is rendered more acceptable by deeming it “adult” material? That tricky little names like the “Affordable Care Act” (or the “PATRIOT Act,” for that matter) don’t affect public perceptions.and sway public opinion? That referring to “transgender rights” might have something to do with efforts to indulge, rather than treat, the obvious mental disorders and divorce from reality from which these poor souls suffer?

Please don’t bother to respond any more, because I won’t. You’re plainly too ignorant or disingenuous (because you’re a part of the far Left, and therefore denying it because it’s dangerous if Conservatives understand and counter such dishonest methods ais the first step on the way to
defeating your agenda) to bother with. Controlling the terms of the debate is important, and something the far Left has long understood. The more honest ones will even admit it.

Wow! What a leap from the word “right” vs “duty” to you last post – I was talking about the types of arguments made here that there a difference in wording will cause anyone to change their opinion. You went to a completely difference dimension. Why so much anger?

Angry? Boy, you really flatter yourself, don’t you?

Try not to confuse my amusement at your denial of the obvious with “anger.” It’s another cheap and dishonest rhetorical tactic.

I’m not mad at you; I’m laughing at you.

Anger? Disgust? Humor? You are making my point that the actual word matters less that the sentiment behind it. Apparently you are full of what I would call rage but you might calls something else. In the end, does any of this convince someone from the other party to vote the way you need to further your agenda?

Well of course you call it “rage,” in the hopes that some casual reader — “anyone who could be swayed from one party to another” — might confuse your self-serving misrepresentation for fact. No doubt you’re deeply resentful that someone recognizes it and — what’s the word — enraged that I’ve called it out for what it is.

What would you call it? I am open to the specific word since it does not matter when it comes to anyone or anything. You apparently have some passion for your belief that others are not as good as you or as holy as you or as family-centric as you. But you can choose the wording all you want.

Well, here’s another one the far Left likes when they’re losing an argument: “name-calling.”

You have completely lost me. Are we still playing he semantics game? What is your beef with the idea that this article neglects the importance of nominating a justice and instead worries about the wording people are using to describe the process? How does this conversation lead to bashing transgenders?

Sen. McConnell can refer obama’s anger back to him by pointing to his support, as a senator, of a Democrat filibuster against the nomination of Justice Alito which only passed after the Democrats had worn themselves out objecting to the nomination of Judge Bork. He should also remind obama he has not Constitutional right to appoint anyone to the supreme Court, but rather a Constitutional duty to nominate someone for approval by the Senate. Since obama’s law lecturer job was to teach people how to get around the Constitution’s provisions rather than its history, intent and compliance, he has a very skewed view.

If American supporters of the Constitution do not win this appointment battle and the left gains a voting majority on the Supreme Court I believe you can count on further undocumented and newly created “rights” appearing in the slush of judicial activism as the main underpinning of the document , “freedoms”, is leeched away.

The Senate caves on this, there will be a backlash the likes of which no one in this country has ever seen before.

I think they’ll end up caving. I hope they don’t; however, the rubber stamp process seems to have become the norm on appointments.

It would be nice if you are right, but I am not holding my breath. They will cave, and too many Americans are still too apathetic to do anything about it.