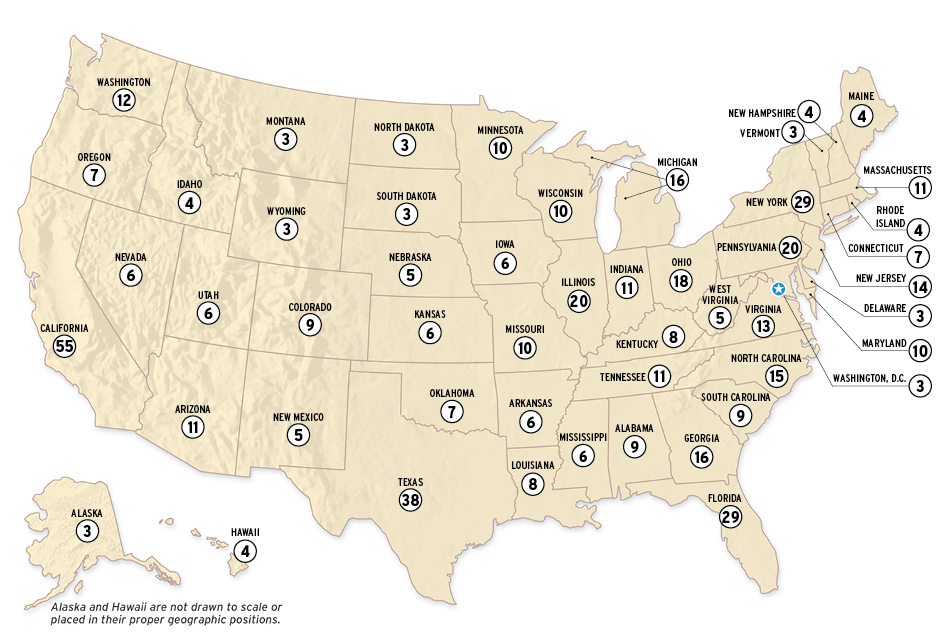 The Left’s Attack on the Electoral College

When Green Party Presidential candidate Jill Stein filed for a vote recount in Wisconsin, Pennsylvania, and Michigan, many dismissed it as a ridiculous scam. Â Donald Trump clearly won by tens of thousands of votes in each state and there was no indication of any voting irregularities in the tallying. Â It now appears that there is a sinister motive in play – the invalidation of the Electoral College.

Here is how this will work. Â By law, each state must complete a recount if certain triggers are met. Â These triggers generally involve the closeness of the vote as a percentage of total vote. Â A federal judge, however, can arbitrarily modify the recount criteria and timing even though the existing law is specific regarding recounts. Â Why is this important? Â All recounts must be finished by a specific point in time so that the electors can meet and chose the President. Â

What happens, however, if the recounting is so burdensome that none can be completed by the various state deadlines â€“ and in time for the federal deadline for the Electoral College to meet? Â It appears that Jill Steinâ€™s and Hillary Clintonâ€™s supporters are employing a strategy to cause these deadlines to be missed and vote certifications rendered incomplete. Under these circumstances, no Wisconsin, Pennsylvania and Michigan electors could be sent to the Electoral College. Â Thus, neither Hillary Clinton nor Donald Trump would have enough Electoral College votes to be certified as the President of the United State.

What happens next? Â Without the Electoral College decision, the choice of the President goes to the Congress, specifically the House of Representatives. It is obvious that Hillary Clinton will put forth the case that she won the majority of the popular vote. Â It is equally obvious that Donald Trump will claim that he won the election and that the missed recount deadlines were part of the Clinton and Stein strategy to deny him his election.

Once into the House of Representatives, almost certainly under an emergency session, a new set of election dynamics will take place. Â As such, there is no certainty even with a Republican majority in the House that Trump will receive the necessary votes to become President. Obviously, the Democratâ€™s will rant, rave, scream and protest with violence. Â Some representatives will switch sides, abstain, or play political games. Â All will be subject to tremendous partisan pressures. The outcome, never in doubt on November 8 and concluded on November 9, will suddenly be in doubt just before Christmas.

Am I certain that this is the game being played? â€“ No! Â But as these state recount processes continue it is almost certain that their electoral college certification deadlines will not be met and that the courts will decide what is the â€œproperâ€ way to proceed legally or politically. Â (It is important to note that if Stein and Clinton are able to pull this off, the Electoral College will have been damaged and the House of Representatives will pick the Presidents in the future.) Â

All of this anti-Americanism is but another example of the evil of the left who, on the one hand claim to support the Constitution, but on the other hand, will do anything and everything to undermine it. Â

The Left’s Attack on the Electoral College was last modified: December 3rd, 2016 by Dr. Robert Warren

I think the thing that surprised me second most about this election season was just how off the rails the left was willing to go to try to win, it was like nothing was out of bounds. Every step of the way, anything that could be done to malign the right was done, even this idea of questioning the electoral college is just another swing, another step too far. I’m also amazed that the left has believed so much of their own rhetoric.

The thing I found MOST surprising was just how disconnected the left has become from the rest of the country. Related to taking their own rhetoric so seriously, they actually believe a lot of this nonsense about the country being racists, etc. They seem totally clueless, what I mean is its like they have no ability to reflect and see the world objectively anymore, you’d think they could take a step back and try to figure out why they lost the election, I mean why they are REALLY losing all of these elections, i.e. Senate, House, state legislatures, etc. But no, instead they’re just doubling down on the whole country is racist and they couldn’t elect a female President because of misogyny, and Trump is Hitler and on and on, it’s getting really bizarre.

Another way to say that is that you hear some of these left leaning people really upset, I mean with all seriousness they’re freaking out about the election, and they are so convinced at this point that they have a lock on morality that they can’t even understand how silly what they are doing looks, how absurd. If they had ANY idea how dumb it looks there’s no way they could keep doing it, but its like they’ve gotten to the point that they can stand and yell in somebodies face with all of the moral indignation they feel, and have absolutely no idea that half of the people who are watching just thinks they’ve gone INSANE.

The left has become a cult.

Features of a cult

– the group displays exessively zealous and unquestioning commitment to its belief system, ideology, and practices as the only truth
– questioning, doubt, and dissent are discouraged or even punished
– the leadership dictates, sometimes in great detail, how members should think, act, and feel
– the group is elitest, claiming a special exalted status for itself such as being on a special mission to save humanity
– the leaders are not accountable to any other authorities
– the group teachs that its exalted ends justify whatever means it deems necessary
– the group has a polarized us-vs-them mentality which may cause conflict with the wider society
– the leadership induces feelings of shame and/or guilt in order to influence and/or control members, often through peer pressure and subtle forms of persuasion
– the group controls members lives such as what food they are allowed to eat, what jobs they can hold, etc
– members are encouraged or required to live and/or socialize only with other group members
– the most loyal members feel there can be no life outside the context of the group, and often fear reprisals to themselves or others if they leave the group

I grew up Jewish in lower Manhattan and was raised in a very liberal Jewish political environment. I attended Stuyvesant High School (Class of 1972) with David Axelrod. By the way, Eric Holder (Class of 1969) and Dick Morris (Class of 1964) also attended Stuyvesant. For six years I attended Jewish summer camps – one year, 1974, with Howard Stern. Casting my first vote ever in 1973 for a Marxist candidate, John Emanuel of The Socialist Workers Party, I know the Jewish Left very well. And in my opinion, the Jewish Left, the majority of whose members are prisoners in their own echo chamber, feeds much of this “America is a racist country” hysteria.

A â€œpraecipe to discontinue and withdrawâ€ was filed citing that Jill Stein did not post the $1 million needed in the matter of the 2016 presidential election. (A source close to the matter told ABC27â€™s Dennis Owens that Mondayâ€™s scheduled court proceeding has been canceled and the challenge is over.)

â€œThis is yet another sign that Pennsylvaniaâ€™s antiquated election law is stacked against voters. By demanding a $1 million bond from voters yesterday, the court made clear it has no interest in giving a fair hearing to these votersâ€™ legitimate concerns over the accuracy, security and fairness of an election TAINTED BY SUSPICION.

No voter in America should be forced to pay thousands of dollars to know if her or his vote was counted. Still, the recount continues and we will fight to ensure the civil and voting rights of all citizens are protected. We look forward to announcing our next step on Monday and we will pursue every available remedy to ensure Pennsylvanians can trust what happened in this election.â€
=====================================

Notice the term “tainted by suspicion” and nothing else. This is the slippery slope to undoing legitimate elections. If you don’t have to have evidence but merely suspicion then anything is possible

Ms. Stein misspeaks when she writes that “the voters” are required to post a $1 million bond. It is the CANDIDATE wishing to have a recount. The voters have no say in a a recount.

This has been my great fear. The left always puts their ends first regardless of how achieved. Nothing is beyond their lies, distortions, and abusive actions as we learned from wikileaks and Project Veritas. Now we have a situation where the very foundation of the presidential election is being put at risk by these horrific people with the possibility that the voters of not just the three states but all the states are put at risk.

This needs to be shutdown and now. In addition, both Stein and Clinton need to be charged with election fraud since there is no foundation for the recount. Jail time and very large confiscatory fines ought to be part of the punishment here.