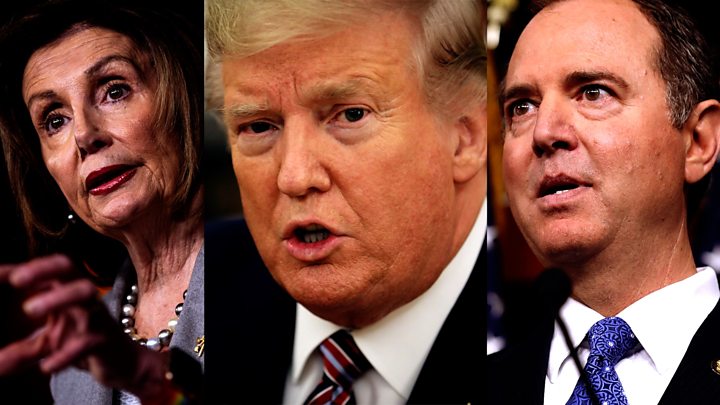 The Lessons of Impeachment

In a Letter to the Editor to my local paper dated Dec 21, 2018 I stated, “I suspect the next two years will be spent in political gridlock centered on a futile effort to impeach our president while we ignore some of the long-standing issues that cry for our attention.”

Two years have since passed, and we have witnessed … yes, a futile effort to impeach our president while we ignore some of the long-standing issues that cry for our attention.

In view of the above, I offer the following lessons from this latest attempt to negate the results of the 2016 election.

First, the American people are not easily fooled.  As Abraham Lincoln once said, “You can fool some of the people all of the time, and all of the people some of the time, but you cannot fool all of the people all of the time. At the end of the day, people saw the impeachment for what it was – a partisan and vicious attempt to oust a duly-elected president without cause.  For three long years we were promised “direct evidence of Russian collusion” – but there never was any proof. As soon as the Mueller Report blew up in Adam Schiff’s face, the very next big news story involving Ukraine was quickly snatched up as a “high crime and misdemeanor.”

Second, if there is to be an impeachment, it must benefit the country as a whole. In Federalist 65, Alexander Hamilton wrote that impeachment “… will seldom fail to agitate the passions of the whole community, and to divide it into parties friendly or inimical to the accused … the decision will be regulated more by the comparative strength of parties, than by the real demonstrations of innocence or guilt.”  Yet, the House Democratic majority gleefully concocted purely political charges, with all Republicans (and a handful of sensible Democrats) opposed.

Third, if a president is to be impeached, a crime must be committed. President Andrew Jackson was accused of violating the Tenure of Office Act. Bill Clinton was impeached for lying to a grand jury and then urging several others to also lie for him.   In contrast, the “case” against President Trump cobbled together a weak theory regarding a phone call with a Ukrainian official, and the absurd claim that the president obstructed justice by winning a court case in defense of his rights.   Fortunately, disagreeing with Nancy Pelosi isn’t (yet) a “high crime.”

Fourth, impeachment will become the new normal for future presidents.

The 1787 Constitutional Convention included an impeachment procedure in Article II, Section 4 which applied to any government official; the President was mentioned explicitly to avoid any ambiguity. The memory of King Charles I lingered – he who was tried before England’s Rump Parliament in 1649 and declared that his power was given by God, and “… no earthly power can justly call me (who is your King) in question as a delinquent … no learned lawyer will affirm that an impeachment can lie against the King.”

Donald Trump is no Charles I, any more than today’s House resembles the august institution it once was. Today, we need to stop the hyper-partisanship, lest impeachment become the first order of business for every new president.  Richard Nixon and Bill Clinton committed crimes –REAL crimes. Impeachment is meant for their type. I believe the Democratic Party, by knowingly pursuing a false narrative of impeachment for three years, has done irreparable damage to this our great Republic.