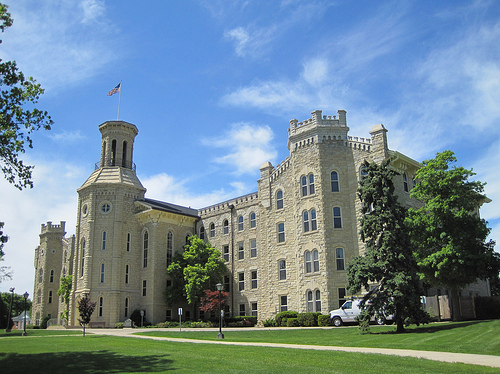 Although Christians – especially Evangelicals – are often characterized by secular-minded people as grossly bigoted and intolerant, the fact is that religious folk are often quite willing to give cultural and political adversaries the benefit of the doubt on the premise that everyone is motivated by decency, good will and tolerance. That assumption sometimes extends well beyond the point of prudence or wisdom.

The impulse to assume the best in people has been operative to a considerable degree in Christian higher education, where the hot-button issue of homosexuality – conjoined with a cultural, governmental and media blitz to normalize “same-sex marriage” – threatens to upset Biblical standards of morality and personal conduct that have governed America since its founding, and Western civilization for over two millennia.

Leaders of a few faith-based colleges have already stepped out to declare that homosexuality and same-sex “marriage” are unwelcome at their schools because those behaviors violate Biblical teaching on human sexuality and marriage. Accordingly, these schools exclude faculty and students who espouse or practice deviant sexuality. Only sex within the bounds of heterosexual marriage is permissible under their codes.

These forthright declarations have naturally attracted the attention of individuals and groups who oppose that exclusionary position. In some cases, reactions have been severe. For excluding faculty or students who don’t comply with the school’s restriction of sexual expression to heterosexual marriage, Gordon College ran afoul of both the local government of Salem, Massachusetts, and the New England Association of Schools and Colleges. Salem officials barred Gordon’s student teachers from practice-teaching in the town’s public schools. More ominously, the NEASC granted Gordon a twelve to eighteen month “…period of reflection …to review their policies to ensure that they are non-discriminatory.”

Many educators expected the “period of reflection” to conclude with the NEASC stripping Gordon of its accreditation for violating the association’s diversity requirements. But that did not occur. Instead, the NEASC backed off and declared Gordon fully compliant with all accreditation standards. The town of Salem also reversed its exclusion of Gordon’s student-teachers and resumed normal relations with the college. Sanity had returned, and a principled stand was vindicated.

Other faith-based schools that have made clear declarations regarding their prohibition of sex outside of heterosexual marriage have not contended with overt attacks from gay rights groups or from government officials pushing the gay agenda. Yet the threat that state or federal funds might be withheld from schools hostile to homosexuality and/or same-sex marriage hangs over many administrators of those colleges. The issue is far from settled.

A few Christian colleges have attempted to deal with this cultural shift by hiring staff to “help” students who are struggling with same-sex attractions. One of these was my alma mater, Wheaton College, which in 2014 hired Julie Rogers – described as a “celibate lesbian” – to provide spiritual care for same-sex-inclined students on its campus. Wheaton seemed to have found a way to threat the needle on this contentious issue.

But after a year Miss Rogers and Wheaton parted ways. In contravention of President Philip Ryken’s request, Miss Rogers had continued her off-campus speaking and social-media blogging, in which she insisted on identifying herself as “gay” and said that she felt no need to be “healed” of her sexual proclivity. Noting that she was harming the school’s reputation in the wider Christian community, President Ryken asked her to resign. Miss Rogers has since written publicly of her grief and disappointment over her experience at Wheaton, expressing her belief that God “delights” in gay people and does not wish them to change.

Other schools have tried to keep a low profile on the gay issue – officially standing by their policies on Biblical standards of sexuality, but allowing debate of the issue in student newspapers and other campus venues. This group includes a small liberal arts college that I know. We’ll call it “Hoover College” in this discussion. Since the 1880s Hoover has been connected to a staunchly Biblical denomination that has championed education, human rights, evangelism and foreign missions throughout its entire history. The college’s academic reputation is excellent, and its highly qualified graduates are scattered across the USA and the entire world, working as educators, doctors, ministers, missionaries, theologians, philosophers, writers, musicians, artists, scientists, government officials and business-people. They bring a strong Biblical grounding and morality to all of their enterprises.

With so many of its graduates working in ministry, education and other low-paying occupations, Hoover is not heavily endowed. Yet it does make a significant effort to award scholarships to students of high academic achievement, as well as to financially needy students who otherwise could not attend the school. This means that the support of alumni and other donors is essential for covering the college’s operations budget and funding campus improvements. To operate in the black, Hoover must also meet its enrollment and student-retention targets. Thus, anything that threatens donations or enrollment represents an existential danger to the college. It shares this financial vulnerability with many other small colleges of similar religious grounding.

Although other eras have been financially challenging, Hoover has seldom faced a less advantageous economic environment than it does today. A substandard national economy for much of the past decade has curtailed the incomes of many families who would like their children to attend the college. Government funds are limited because of high levels of federal debt. And a collective national student debt of $1.2 trillion – much of it un-repayable because graduates cannot find employment – threatens the very financial foundations of higher education. A national debate is underway in which the entire premise of higher education – particularly the liberal arts – is being critically examined and questioned.

And now, at the worst possible time, cultural pressure to legitimize deviant sexuality threatens to undo whatever economic stability remains in Christian higher education. Deviancy is elbowing its way onto campuses that have extended the hand of friendship and good will, while standing by their faith-based charters. This very thing has happened at Hoover College in recent years. Editors of a campus student newspaper repaid the freedoms afforded them by Hoover’s governors by running a year-long series of in-your-face articles, written by both alumni and current students, on “being gay at Hoover,” etc. The authors emphasized their mistreatment and rejection by students and profs. Students acquainted with the newspaper’s principal staff said the editor was on a mission to “fundamentally change” the college. (Sound familiar?) Avowedly gay alumni insist that the school must accommodate the changing culture and its new sexual norms.

During the editor’s year-long pro-gay “jihad,” Hoover administrators and officials of its affiliated church denomination waved off concerns by affirming that the school stands solidly by its Bible-based charter, while assuring worried parents and alumni that the campus newspaper represents just a few students “blowing off steam.” But other concerned individuals, more attuned to the power of modern communications, have tried to warn administrators that the campus newspaper is read all over the world, via the Internet, by people whose entire impression of the college – correct or not – comes from those articles. Little by little the school’s solidly Biblical reputation was being eaten away, with little protest coming from its leadership.

All this has alarmed the great body of Hoover alumni who remain aligned with the school’s long-time charter and behavioral code. Faculty and current students have been unhappy about the constant gay drumbeat, but felt powerless to stop it. Donors were starting to indicate a reluctance to continue their support of the school unless the administration clarified its position on the gay issue.  An impression that Hoover is no longer a “Christian school” was gaining currency in the Evangelical community.

Things finally came to a head when dozens of prospective students and their parents visiting the campus were greeted by a new edition of the Hoover campus newspaper that carried two gay-sympathetic articles – one of them featured prominently above the fold on page 1. This finally tipped the boat over for Hoover’s administrators. A high-level debate ensued over whether to shut down the newspaper entirely or exercise greater editorial control to ensure that the paper projects an image of the school that is helpful and accurate, in view of its widespread propagation on the Internet. Ultimately, administrators allowed the newspaper to continue under closer guidance by college faculty commissioned to protect the school.

At last the light has dawned on the stark reality of today’s cultural battlefield. Career educators of an enlightened Christian persuasion tend to think everyone shares their inclination for decency, reasoned discussion, bonhomie, and good will – even toward one’s philosophical opponents. But ivy-covered professors in ivy-covered walls (as Tom Lehrer called them) are finally realizing that the outside world is not necessarily friendly on issues of sexual behavior and “morality.” Some wicked and ignorant people bear ill will toward colleges like Hoover. They want to do what they want to do, and they demand society’s full acceptance of it – whatever it is. (Look for a revival of the 1930s song, “Anything goes.”)

For Hoover, this is far from the end of these matters. As Winston Churchill famously said (on another occasion), “This is not even the Beginning of the End, but it is, perhaps, the End of the Beginning.” The first step toward winning a war is a recognition that you’re in one. It’s just one step, but it’s a critical one. Until you understand this, you’re losing. Hoover is late getting there, but hopefully not too late. These are dangerous times.