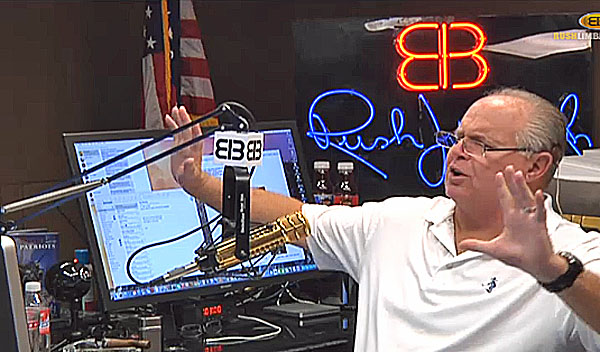 The Limbaugh Brothers: Politics and God

So, there are two Limbaugh brothers. One is a national political treasure, and the other is David, a lawyer turned best-selling Christian apologist and commentator.

Rush’s bombast and humor turns some folks off (mostly folks who haven’t really listened to him much, or are simply too tightly wrapped), but he is without question, to my mind and about 20 million others, the most clear-eyed, profound commentator on the social and political scene in the past twenty five years plus. Looking back on his nearly three decades, he has been over the target consistently dropping truth bombs, rarely missing the target.

Where the elite so-called “conservative” writers and commentators – especially the “house pets” in the New York Times, Washington Post, and Wall Street Journal – are almost never right but always pontificating with certainty, Rush stands towering over them and has been almost never wrong, even standing against the hurricane of protest for violating public fashions of the day. He is an extraordinary voice on the American scene for all of his personal foibles.

Rush has had many fine hours; but none better than when he stunned the “drive by media” by proclaiming before Obama’s inauguration that he “hoped he failed.” Virtually alone, he understood the destructive, narcissistic character of the uber-radical community organizer, who assumed the highest office in the Free World with approximately 180 days of service in the U.S. Senate as his only work experience. Seven years later, the clear-cutting of the American dream is so extensive, that replanting and new growth could take a generation, if it can be replanted at all. 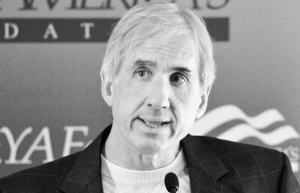 Rush’s brother David has fallen in the same orchard. In the middle of his life, David found God. He turned when an agnostic inquiry and the power of the Scripture introduced him to the Person of Christ. You can read about it in his best-selling book on the subject; Jesus on Trial: A Lawyer Affirms the Truth of the Gospel.

And as to put an exclamation point on the story of the two Limbaugh brothers, as only God can do, Rush too is being influenced by David’s profound faith and great story-telling skills. (Rush is now on his fourth mega-selling children’s series on the nation’s founding).  On numerous occasions over the last few years, there has been no more veracious, urgent voices for the plight of Christians, the unborn, and the persecuted than Rush and David Limbaugh.

Frankly, if there was an eye-dropper worth of their passion and truth telling in our pulpits, there would be far fewer empty churches on Sunday morning.

David’s perspective is much needed today. He and his brother speak for the sometimes silent majority. They are both good men who aren’t afraid to stand up for the principles that we are falling away from, and which made this country great.

Michael Giere! Thanks for writing this article and the one on Thanksgiving.

By the current tally of comments on your Thanksgiving write (currently zero) folks rather chatter about their current Political American Idol than get to the root of the basis of American concepts governing the maintenance of Liberty.

Until folks get smart about what Christian Scripture really teaches as opposed to the current as thin-as-water pablum of the contemporary ‘American Church,’ the secular Marxist elites with continue to have their way with us.

Keep on expressing yourself, even if ostensibly unpopular.

I subscribe to David’s column. To speak to his religious talks is to speak about only one half of him. Putting the religious topics aside, his political columns are brilliant and rival those of the best thinkers, like VDH.

Rush has great points but no one who isn’t a fan can listen to him because of his pomposity. For example, he once said something like: No one can get the Republican nomination w/out my blessing. When I heard that, I switched stations. David speaks well and always makes sense. Too bad that not as many people get to hear his words of wisdom.

Awesome and well said! David Limbaugh is a man with his brother’s wit and ability to captivate an audience, but he applies it to speaking about Christianity and faith more than politics. A good man and a man who we need today.