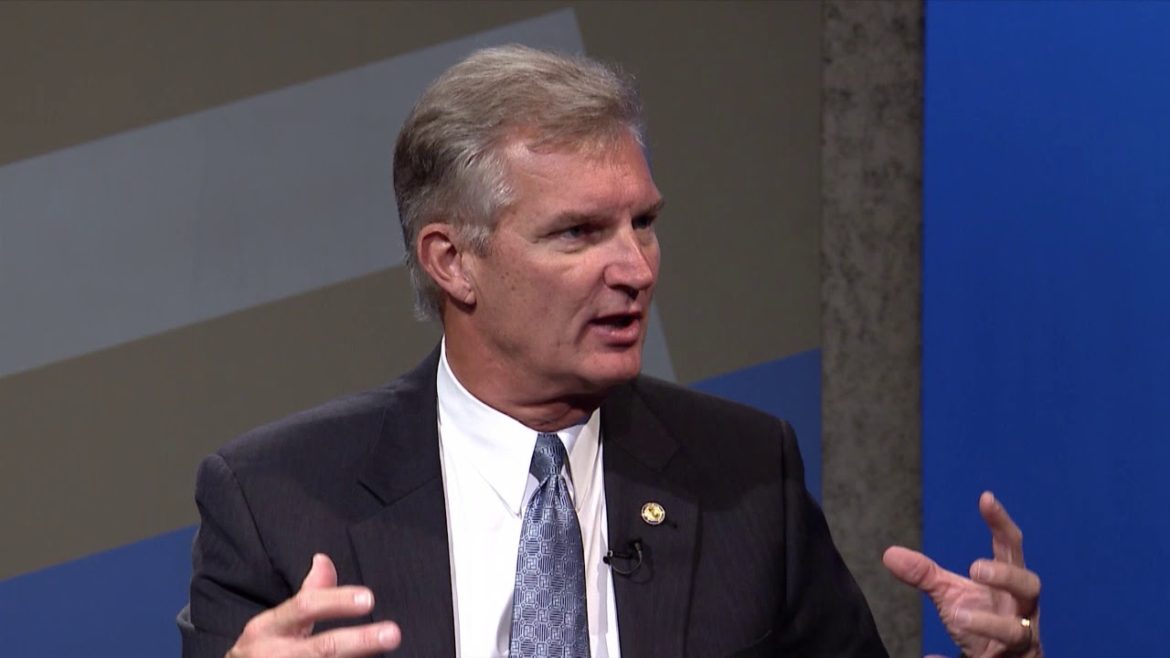 The starting point for understanding the Northam administration’s logic behind divvying up the tax windfall from federal income tax reform is the conviction that Virginia cannot count on the personal and corporate tax cuts lasting more than a few years. Democrats may regain power in Washington, D.C., and reverse the tax cuts, or at the very least block any attempt to extend the personal income tax breaks beyond the five years provided in the legislation.

While the tax reforms might survive, explained state Secretary of Finance Aubrey Layne in an hour-long interview with Bacon’s rebellion Tuesday, political volatility in the nation’s capital makes it unwise to count on an ongoing boost to state revenue, which is estimated to amount to $532 million in fiscal 2019 and $444 million in 2020. It would be irresponsible to expand ongoing state expenditures in the hope that the revenue gusher will continue. Prudence dictates that Virginia allocate the funds to non-recurring programs and capital projects.

There are many possible uses of the money, Layne conceded. Some say give the money back to taxpayers. Some say dedicate the money to school improvements. Governor Ralph Northam prefers initiatives that would benefit mainly rural Virginia: Earned Income Tax Credits for lower-income wage earners and non-recurring investments in broadband, workforce development, and affordable healthcare.

The controversy swirling around the impact of federal tax reform on Virginia finances has created considerable confusion, Layne said. One sticking point is the issue of “conformity” with the federal tax code. When Congress enacted new tax policies in the past, Virginia traditionally has enacted the changes needed to make the state tax code align with the federal code. Congress’ new tax code will require 20 or more significant changes in the Virginia code. Failure to conform is not an option, he said. It would throw state tax collections into confusion at enormous expense to taxpayers.

If Virginia conforms and makes no adjustment to tax rates, brackets or deductions, as he expects, the Commonwealth should see a spike in revenue. There has been some controversy over the effect on taxpayers – the impact will vary widely from household to household — but there is no question that, absent any action to return money to taxpayers, the state treasury will be a big beneficiary.

Then comes the question of what to do with that money. Virginia may not spend any revenue from tax year 2018. The tax year is advanced and the state is still awaiting guidance on the details. “There’s a lot we still don’t know,” said Layne. There will be no time to update tax preparers much less modify tax-calculation software such as Quicken. Returning money to taxpayers that year might make sense, although, he added, he’s not advocating such an action.

The 2019 tax year is a different matter. He expects the General Assembly to bring the tax code into conformity in the 2019 session, eliminating the uncertainty, and the Commonwealth will be in a position to start spending money.

Northam wants to use the money to help working families in rural Virginian, said Layne. The governor proposes to do that by dedicating about half the windfall to increasing the Earned Income Tax Credit (EITC), a tax refund that would eliminate state income taxes for many lower-income households. The money would flow to lower-income Virginians across the state, but the beneficiaries would be concentrated in rural localities, especially in Southside and Southwest Virginia.

The governor wants to use the other half to fund economic development programs for rural Virginians. A top priority would be to accelerate the deployment of broadband Internet in low-density areas where Internet Service Providers cannot profitably invest. The state needs about $1 billion to make broadband ubiquitous, said Layne. Perhaps the windfall could use public dollars to seed public-private partnerships that could leverage private investment.

Northam also has talked about using the money to underwrite programs for workforce development and education — although Layne conceded that the welter of state workforce training programs is redundant, inefficient and needs fixing — and to improve rural access to healthcare. The priorities are conceptual in nature, and no specific proposals have been advanced. He readily agreed that the state might consider other alternatives such as raising money for Interstate 81 improvements, upgrading the Central State mental health facility, or paying down the pension liability. Northam would consider an alternative to the beefed-up EITC if it would benefit rural Virginia, he added.

Whichever priorities lawmakers approve, said Layne, they should be one-off projects. “I don’t know how we could go to the [bond] rating agencies and use this money for ongoing expenses.”

The Logic Behind Northam’s Plan for Spending the Tax-Reform Windfall was last modified: August 31st, 2018 by Guest Contributor James Bacon

Another reason to move to another state?

I live where internet access is via my phone. No Comcast or Verizon land lines for broadband. It is either the smartphone or satellite. I pay more than my fair share for high speed access.

We shouldn’t. But, then there are those lobbyists with their checkbooks.

Sounds very wise to me.

Northam is not wise. He is a Democrat. He will always place money where he feels it will bring him and his party votes.

Broadband another private public partnership that will leave the public holding the debt!

Yes you are correct, public financing private industry and my Delegate Republican Kathy Byron is for broadband expansion throughout counties but when it come to Cities she would like them to show a need.
I wonder if that is because Cities tend to be Democrat.

I say just send me a Tax Rebate check.