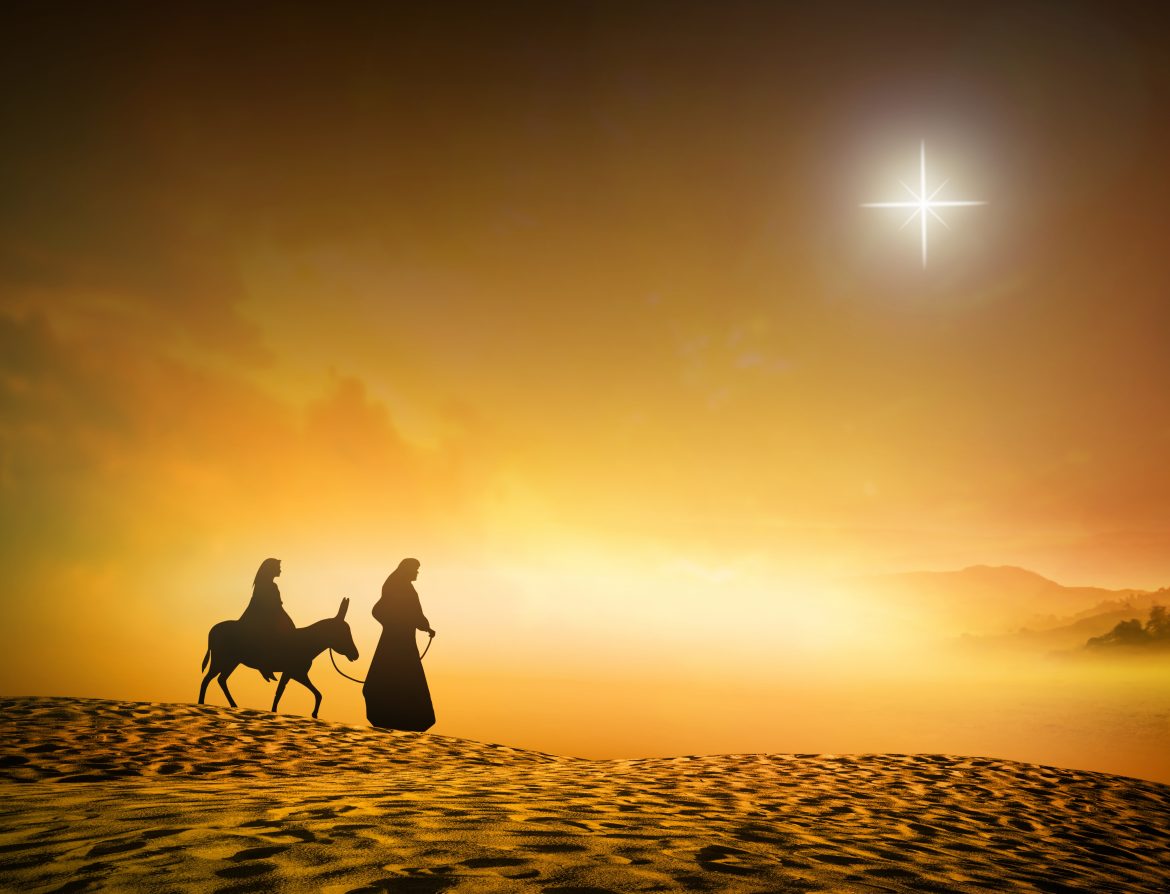 ” I cast a wary eye on the Christmas season after that, suspecting so much of what I knew so little about. “

On the canvas of that matchless Night, all of the history for the rest of the world’s time was drawn.

As with so much of God’s story, however, we know what we need to know, not all we want to know.

I was raised in a home were faith was only discussed when it intersected with some specific literary or historical contribution, not for its eternal and transcendent offerings. We weren’t ever church-going, so what I knew of the most important transaction in human history – that Holy Night – I gleaned from the fields of public displays and odds and ends of storytelling from TV.

This meant, of course, I knew virtually nothing.

Somewhere around twelve years of age, my older brother introduced me to the Lawrence Ferlinghetti poem, Christ Climbed Down, which confounded the tension I had intuitively felt between the Christmas story as I understood it and the public celebration of Christmas.

(In my defense, of course, I didn’t know Mr. Ferlinghetti was a generation’s uber-hip “beat” poet and on the forward edge of post-world war anti-establishment radicalism!)

I cast a wary eye on the Christmas season after that, suspecting so much of what I knew so little about.

I was quite the Mark Twain admirer in my teen years and finally drilled down to some of his lesser-known, controversial writings and found this: “In religion and politics people’s beliefs and convictions are in almost every case gotten at second-hand, and without examination, from authorities who have not themselves examined the questions at issue but have taken them at second-hand from other non-examiners, whose opinions about them were not worth a brass farthing. “

That type of thinking, among other things, sealed my cynicism and tampered down my interest in the Night. But it didn’t extinguish it.

I took Mr. Twain’s admonition seriously and began to dissect subjects of interest to me. I dug deep wells into Western thought and literature and history, always asking, can this be trusted? Is it documented fact, or lose supposition?

Doing so, I became a philosophical conservative at the time many of my friends wanted to burn the country down. And yet, somewhere on the edge of my mind was that Night.

Over the years that were to come, I had head-on collisions occasionally with the modernist impulse to demean so much of the Christian faith as fanciful embroidery applied to myths over the centuries.

Some critics would report that much of the early “events” were appropriated from other “religions” that had come and gone; others would scoff, presenting their list of contradictions and inconsistencies proving that the Bible, they thought, was inaccurate; and still others would burrow in on what they would claim was the oral history of Scriptures, rendering them unreliable. And, of course, there were plenty of moral revisionists who would fume that the Old Testament, especially, was filled with violence and misogyny. God was a terrorist. A bloodthirsty tyrant who hated women.

I remained agnostic on such claims, amused though in one way that the critics and scholars would spend so much time trying to debunk what they claimed they didn’t believe, and yet always mindful that the Marxists and socialists demand the destruction of faith, all faith, that challenges their religion, which promises a human-made utopia.

With a young family of my own, I came to value Christmas, nonetheless, as a time for family, and a time to love in an extravagantly worldly fashion.  Yet, somewhere in my mind, Mr. Ferlinghetti’s laments and sarcasm would often mock me.

Then, in one single hour on one single day, everything I thought I knew was blown to smithereens. I heard God’s story. It was no more complicated nor dramatic than that. I hadn’t even prepared myself for the moment. It came unexpectedly and without warning. I believed, and that was that.

C.S. Lewis, a generation earlier, had written that he was traveling alone when the thought came to him that, of course, the story of God and his redemption was all true. After years of intellectual doubt, one of the great intellects of the twentieth century took only a single statement to step into the obvious.

I possessed none of the qualifications of Mr. Lewis, but my conversion was as simple.

A Baby came into the history of mankind who did not carry the paternal curse of Adam in his DNA; a Man left our history mutilated and crushed, rejected by His own. Yet, the world changed forever.

Everything about the Night is contradictory to our limited human imagination and what we think we know. The Love that moved that Night is beyond our reckoning. The mercy and grace offered by God’s rescue plan are so daring that it lays beyond our ability to grasp and comprehend.

It is on this Holy Night that God called His people to quench their thirst at the waterhole called Hope – an everlasting Hope. A Hope that transcends and overcomes. A Hope that promises – and a Hope that is accomplished.

We know so little of the facts of that Holy Night, yet we know so much about the results of it.