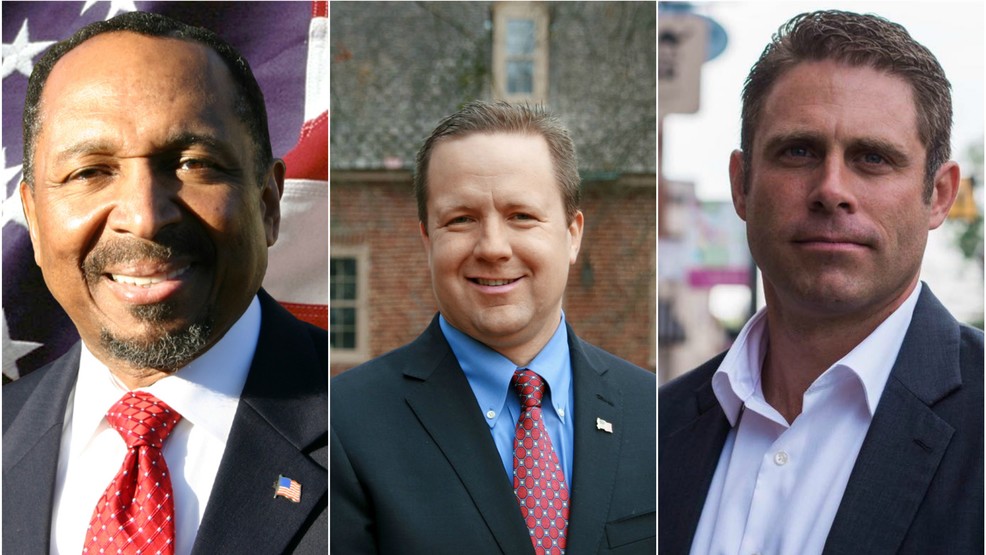 The Men Behind the Candidates

We are trained to jeer and scoff at politicians, and to be perfectly frank (never Frank Wagner) 97% of the time they deserve it. Yet to assign humanity to such filth? By God, Dylan; have you gone mad? Well, a decision is upon us this Tuesday, and from personal interaction (and hours of stalking on twitter) here is a hard and fast primer on the personalities at play in our VA Republican Senate Primary.

Corey Stewart is a fun guy with a penchant for the theatrical. I honestly mean the fun part, he has a jovial nature, has never come off as bored or impatient with his sometimes ingratiating following and knows how to feel out an audience. Born in Duluth, Minnesota in 1968, his dad worked as a longshoreman and lived in a working class neighborhood. He met his wife Maria, an immigrant from Sweden, while they were both teaching English in Japan.

The 49 year old lawyer and Chairman styles himself as a blue collar guy. The son of union Democrats, he says he always admired President John F. Kennedy. “He was my big childhood hero,” he says.

Stewart eventually felt alienated by the Democrat Party (ditto) and switched to the GOP right around the time his adulthood hero Donald Trump did. He doesn’t have an altar with candles and pictures of the Donald in his basement, all jokes aside he admires the strength and wants to be something different and transformative. He is not your typical conservative or Republican and doesn’t care to be.

The most fascinating thing I learned about Corey is his embrace of extant history. He and his wife purchased and helped renovate a once squald ruin of our national past once visited by Washington and Jefferson, known as Bel Air Plantation.

Flanked by 25 acres of rolling, wooded countryside protected by a Virginia historical easement, Bel Air rests at the crest of a rolling hill, its broad front lawn on the southeast side of the home set with huge walnut trees and oaks. Although from Minnesota, I gauge that his passion for Confederate monuments is real.

Nick Freitas had only known of me through facebook posts and hack job blog postings such as these, so I was shocked when he approached with an open palm saying ”hey Dylan”.

Nicks engagement of a crowd is that of a man at a job interview. He is eager, not boastful unless prompted, and all smiles. His oratory is on par with a fiery preacher without sounding harsh or inconsequential. His liberty vibe is genuine when he tells his story, as he will tell you his call to serve came as a response to big government intrusion. As he tells it, he was finishing a second tour in Iraq when Barack Obama announced his quest to fundamentally transform all Nick was overseas fighting for.

Nick, a native of Chico, California, fell in love with Virginia on a visit as a teenager. He was an avid student of civil war history, and by the time he and his mother visited he could recite the generals and the battles that took place on those ancient brush swept fields.

He married his High School sweetheart Tina after high school, joking it was good he completed the deal before she got out and saw what else was available. During these early years, Nick performed mission work in countries such as the Philippines and Mexico.

After 9/11 Nick served 2 tours in the army as a green beret, patrolling terrain between Basra and Mosul hunting terrorists. You can still see the army in him, the way he wears his shirt and shakes your hand. He has attention to detail and will go out of his way to get his message across or make an event.

EW Jackson, an actual fiery preacher, was born in Chester Pennsylvania. He is a stern but friendly man who combines a welcome balance of conservative politics and Christian passion.

As a regular at Atlantic Shores Baptist, EW has spoken to us many a time. He is loved in the Chesapeake/Virginia Beach community and hosts a yearly retreat known as ‘Man Up’ in which the role of the father in family life is emphasized. Bishop Jackson also collects money every Christmas for underprivileged families and hosts the annual Martin Luther King Breakfast, which he started 13 years ago.

A former Marine who served in Vietnam, Jackson was once a Democrat like Chairman Stewart. He made waves in 2012 when he addressed African Americans to abandon the Democrat Party on his radio show. He said they had abandoned the Christian principles he had lived his life by, as well as partially causing him some personal headaches with his preaching.

After moving to Chesapeake Virginia in 1998, Jackson was ordained as a Bishop and began a church service. The service, which was originally held in hotel rooms and members homes, was hounded by local government who claimed zoning violations. When prompted, he will animately expound upon his disdain for overregulation by the government.

This Tuesday these people will cap a whirlwind 6 months of touring, shaking hands, running out of breath and losing sleep. May the best man win.

The Men Behind the Candidates was last modified: June 7th, 2018 by Guest Contributor Dylan Lloyd

Upvote this comment if you think that TBE is wholly RINO (Republican In Name Only).

Not wholly RINO, that’s the other BD blog way more than this one.

But it is a good indicator of who the different factions congeal about.

To drain the Va. Senate seat and bring it to total fact of history, that kaine is but a ” former Senator ” in waiting, any conservative candidate must absolutely carry northern Virginia, or it will Not happen. Only one candidate can do this, need I be any clearer?? Ty Amen !

Only one of the candidates has a chance to beat Tim Kaine.