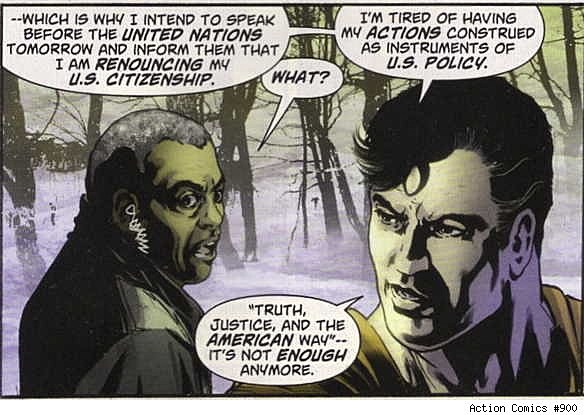 n 2008, Barack Obama promised, the weekend before he was elected President, that he and his supporters were going to fundamentally change America.  I am not sure if they accomplished this feat or not. Quite frankly, I go both ways on this subject quite often. But there is no disputing that the Obama-ites have changed the Democratic party, and the meaning of what it is to be a liberal.  We tend to use the terms “liberal” and”leftist” interchangeably. However this is a mistake. The classic liberalism of FDR has nothing to do with what these people are nowadays.

Dennis Prager posted a video sometime ago about the differences between liberalism and leftism.  I don’t agree with him on all of his points. But in certain things he is 100% spot on. The classic liberal (aka Alan Dershowitz) would state that every person has value and is precious and special in their own way.  That segregation of any type is immoral and wrong. The party of Bernie Sanders and Barack Obama wants to have segregation and bring back the days of Jim Crow, but with this time whites being on the back of the bus and not allowed into “a person of colors” restaurants.  The party of JFK and RFK would never want any person to be denied entry into a place of business based on race or sex or creed. The party of Tim Kaine hints that white people have it coming to them and deserve this type of treatment so they can see how it is for non-whites.   And these words are straight from Tim Kaine in 2016: We’ve got to put ourselves in situations where we’re in the minority and come to understand a reality that’s different than the one that we just take for granted every day.  We have to.

As a non white Caucasian, I find this dangerous and demeaning.

The party of Alan Dershowitz would stand for free speech, saying that “I may disagree with what you have to say, but I’ll fight to the death for your right to say it”.  The modern day leftist wants to shut down free speech on the basis of hate speech, but they have so polluted the debate and are so unable to understand that someone else who might disagree with them is an honest person, that they call anyone who disagrees with them a racist who must be silenced.  Rosa Parks and MLK fought for the right to sit on the same bus and drink from the same water fountains as whites. The party of the Red Hen Restaurant does not want anyone dining at their establishment who does not think 100% in lock step with them.

Liberals wanted more immigration and wanted our country to be a big tent, but believed in the rule of law.  Leftists want ICE done away with, and believe there should be no borders – that we are all one citizens of the world, and that to suggest that any culture is better than another is racist.  FDR the classic liberal talked about protecting Western Civilization in a speech in May 1940 where he said these words: We feared that other Continents might become so involved in wars brought on by the school of destruction that the Americans might have to become the guardian of Western culture, the protector of Christian civilization.    http://www.presidency.ucsb.edu/ws/index.php?pid=15948

The Superman comic strip of the 50’s and 60’s was written by liberals, and Superman stood for Truth, Justice, and the American Way.  But in 2011, Superman renounced his American citizenship to become a “citizen of the world”. (Action Comic Strip 900). One of the most flaming liberals of the 20th Century, Norman Lear (producer of All in the Family and the former President of People for the American Way) used to fly an American flag in front of his house, as he was proud to be an American.  Now how many flags do you see flying in front of the houses of Democrats? Not many. Because the party has been taken over by leftists who think that America is a fundamentally racist nation and must be destroyed because of the sins of Northern shippers and Southern plantation owners hundreds of years ago.   Norman Lear would have stated that America has imperfections – but also stated that America was still the greatest country on Earth. In 2009, Barack Obama said that he believed in American exceptionalism the same way that others believe in their countries exceptionalism. Meaning that the USA and Western Civilization is no better than any other country.

The party of Alan Dershowitz never would have accepted Judge Kavanaugh being treated in this way.  They would have screamed for due process, and that the accused has rights. The party of Cory Booker and Diane Feinstein believes that Kavanaugh must be guilty because he was accused of a serious crime.  That is the same mentality that the Nazi’s and Bolsheviks had. Something that no classic liberal would ever dream of saying. But such is the modern day left. One gal I used to go to High School with, believes that what is happening to Kavanaugh is a good thing, in that it is bringing a topic that needs to be discussed and forcing people to have a discussion on the topic of drunk men groping young girls.  And that it doesn’t matter if Judge Kavanaugh did grope Christine Blasey Ford or not, so long as that it brings up a topic of discussion. In the judgment of these “enlightened persons” accusing someone of a crime and destroying their reputation is perfectly fine, if the topic is one they agree with.

To win any battle, one must know their enemy.  To call these people who have taken over the Democratic party liberals misses the mark very widely.  We are in a battle now for the future of our Republic. This is a batter we cannot lose. Because if we lose this battle, and the Bernie Sanders crowd has its way, our way of life will be forever changed and this country will slowly but surely become like Venezuela.

Please take 6 minutes to watch Dennis Prager’s video on Liberalism vs. Leftism.   His conclusion at the end is fascinating, and very scary at the same time.