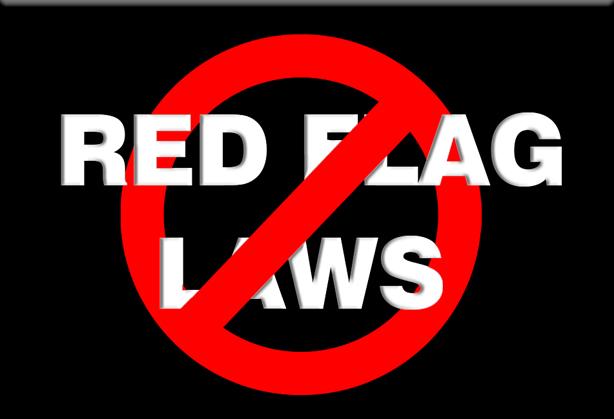 The Most Effective Gun Safety Law We Can Pass

Virginia Governor Ralph Northam has “summoned” the General Assembly to a special session beginning on Tuesday, July 9, “for the purpose of consideration of legislation related to the emergency of gun violence in the Commonwealth of Virginia.” They will stay in session until the General Assembly decides they are done.

Northam commented, “Let Virginia show the nation that we can respond to tragedy with decisive action.” Unfortunately, Socialist gun-grabbers, like Northam, have the wrong idea of “decisive action.” They will be promoting laws that require universal background checks for all gun transfers public and private, one-handgun-per-month purchase restrictions, “assault weapon” bans, and “Red Flag” laws. All of these laws are an attempt to circumvent our Constitutional protections, and not one of them would have prevented the shootings in Virginia Beach this past May. Northam tried to claim the high road with this statement, “I will be asking for votes and laws, not thoughts and prayers.” However, if our country did more praying and less legislating, then perhaps God would heal the people of our land. No law ever passed by a legislature can change the heart of a murderer.

One of the misguided laws that Northam wants is the universal background check (UBC). It isn’t a background check as much as it is gun registration. Once the state has a gun registry, the state can come in and confiscate privately owned guns. Ask the people of California how that is working out. Adults ages 18 to 20 would no longer be able to own handguns. Frankly, if they are old enough to vote and enlist in the military then they are old enough to own a gun. Gun owners would not be able to loan a gun to a friend or family member without going through a gun dealer for a background check. And the owner would have to undergo a check to get his own weapon back. A gun owner would become a criminal if s/he made a private sale (even though sale of one’s own property is protected by the Constitution); all sales would have to go through a dealer. UBCs do NOT deter crime, nor is the real intent of UBCs to deter crime. Illinois has had UBCs for years, but 97% of Illinois convicts got their guns on the street or through “strawman” purchases. The real goal is to deter law abiding citizens from legally owning a gun at all.

Another insidious law to be introduced is the so-called “Red Flag” law. If someone (even a vengeful ex or a hateful neighbor) files a notice that someone is dangerous to others or to himself, then the police can show up at the individual’s door with no warning and confiscate that person’s guns. There is no due process, no right to confront the accuser (or even to know who it is), no protection to keep the confiscated guns from being damaged or destroyed, no protection from repeated false claims, and no refund of exorbitant legal fees to gain back your legal property. Again, if this was truly about crime prevention then the “dangerous person” would be taken into custody, not the weapons. If someone is truly dangerous why are they left on the street unsupervised? There are any number of ways to harm others or oneself without a gun. This isn’t about safety, it’s about gun confiscation.

Thankfully, as Speaker of the House of Delegates Kirk Cox says, “While the governor can call a special session, he cannot specify what the General Assembly chooses to consider or how we do our work.” Cox plans to address gun violence by providing tougher sentences – including mandatory minimum sentences – for criminals who use a gun in the commission of a felony. Northam, of course, opposes mandatory sentences. My only reservation about that approach is that criminals don’t think they will get caught. They always think that they are smarter than the cons who do get caught, so the threat of a longer sentence will not be a deterrent to criminals except that it will keep convicted felons off the streets and in jail for a longer period of time (during which they can learn better crime methods from more experienced criminals who are in prison with them). But it is a more reasonable approach than what Northam and the socialists want to use. At least it’s directed at criminals rather than at law abiding citizens.

Do not despair. The General Assembly can make Virginia safer. State Senator Dick Black (R-13) will introduce a bill during the special session that will allow local government employees to carry a concealed handgun at work if they have a concealed handgun permit (CHP). Several of the victims and other employees in Building #2 in Virginia Beach have CHPs, but current law does not allow them to carry in the building. Had they been able to do so, one or more of them would have been able to stop the shooting much sooner because they could shoot back. That would have saved some of the twelve lives lost that day – if in fact, the shooter had even dared to attack the people at all. There is a definite deterrence factor in knowing that the potential victims can shoot back. Contact your delegate and state senator to make certain that they support Senator Black’s bill. Allowing citizens to protect themselves is the most effective gun-safety law we can pass.

The Most Effective Gun Safety Law We Can Pass was last modified: July 5th, 2019 by Guest Contributor Steven 'Doc' Troxel