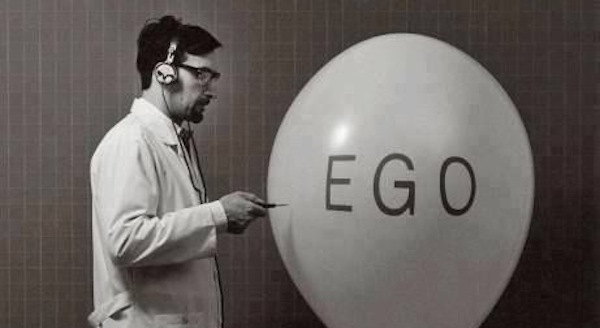 The Myth of the Politico: Welcome to 2017

We are the globetrotting, event stalking, whores of social media. We’re important because we’re on “the inside”, talking to candidates, giving advice, taking phone calls from Congressmen, interviewing State Senators, getting the “skinny” on State Central, and having our endorsements published by candidates for this and that.

We endorsed Ed Gillespie. We dedicated ourselves to 48 hour Trumpesque Twitter and Facebook rants to demonstrate that we’re important and “with it.” We are “with it.”

We’re important. Did you write this article? Did you talk to your Congressmen today? Did you have your picture taken with Gillespie?

Ed Gillespie, Corey Stewart, Frank Wagner, and (God Willing) Denver Riggleman will run for Governor in 2017. We’ll all pick sides. We’ll make our arguments. We’ll publish our hit-pieces. We’ll spam Facebook with accusations about John Whitbeck’s nefarious connections to Area 51 and Agenda 21. We’ll get conspiratorial. However, nothing we do matters without you.

It’s you, the inconspicuous and sovereign, that elects candidates, that gets them on the ballot, and that promotes them at your precinct. It’s the rare occasion that the blogger, the sheriff, the delegate, the state senator, the Congressman, or the Gubernatorial candidate shows up on election day to hand you a cup of coffee and shake your hand. (By the way, candidates, when you show up at a precinct, would it kill you to bring coffee?).

How many people reading this article will you see at your precinct on election day? Not everyone wants to take the time to throw their opinions against the wall and see what sticks and what gets shoved back down their throats. Not everyone wants to take the abuse. Not everyone wants to be held accountable when they are wrong. Understand, however, that bloggers and Facebook aficionados are angling for positions on campaigns. Some of them are taking money. Some of them use the data they get from Facebook and Twitter to empower themselves professionally; and with all of that, none of them know more than one tenth of one percent of voters in the Commonwealth.

What’s funny, is that hardly any of you take hardly any of us as gospel. Yes, we provide information – but most of the time we provide entertainment. What’s less funny, is that too few of you are interested in policy. You engage in cyber-warfare over national issues while your Board of Supervisors discovers new ways to screw you, your school board issues contracts to friends and family in the educational and “program” business, and your delegate sells out your communities in order to further empower Richmond’s control over localities.

We’ll give you all the ammunition you need to evaluate Corey Stewart as a candidate for Governor, but who in Prince William knows whether or not he’s a decent chairman of your Board of Supervisors? Are you paying attention to your taxes? How many people in Prince William understand that Jeanine Lawson would make a great chairman, a great Congresswoman, a great State Senator?

You would have more influence by developing relationships with your Supervisors at home and your Delegates in Richmond than you will reading a thousand blog posts or spending 72 hours straight on social media.

You do realize that there are people out there looking to reclaim their conservative bonofides by starting new pages. Their name carries the day. Meanwhile, there are blogs with legitimately relevant information that get ignored because they haven’t taken money from Eric Cantor or Linwood Cobb, like Millennial Ascent.  We’ve got blogs starting up to capture the Trump Vote, written by people who haven’t the slightest idea who the Trump Voter actually is.

We’re a mess. Stop relying so much on what you read online and get involved. I’d rather have a new member of our Republican Party in Caroline County than a new reader at Pendleton Penn. I’d rather have a new community leader in Orange, or Roanoke, or Danville, or Ladysmith, than another faithful antagonist or protagonist user commenting on every article we publish at The Bull Elephant.

The Myth of the Politico: Welcome to 2017 was last modified: December 16th, 2016 by Steven Brodie Tucker

I talk with my congressman and get my picture taken with Ed Gillespie. I also mobilize my precinct, walk door-to-door, make phone calls, stand outside on election day, and get GOP candidates elected. I just don’t need to write a blog about it. How about the rest of you? Get down in the grassroots!

And speaking of online advocacy, I’ve been suspended from Facebook for > 4 days now.

Evidently I’ve been flagged for having a fake account, but that’s entirely inaccurate. Of course there is no free speech on Facebook, so I know there’s not much I can do. This is however, a direct assault on conservative organizations, because I do Facebook and website integration for a number of nonprofit groups. Additionally, I use Facebook as a messaging and organizational tool. It’s been 4 days now, and if I don’t get some sort of response from Facebook soon, I might start contacting news organizations. It seems that if you have the media platform to make a big enough stink, sometimes Facebook will respond.

So my comments come with a warning…if you think that building a large Facebook community, spending time/resources is a “safe” bet and is sustainable, Facebook can take it away in an instant, without cause or warning. They can’t do that to the relationship with your neighbor.

There is no free speech in Bearing Drift either. Hell, they admit free speech is not a right in their blog. Looks to me like the BD swamp is draining.

Let’s do this SBT

Mr Tucker, you are a treasure. Such magnificent counsel, wrapped up in some mighty fine writing.
Sharing with friends … who I hope will help pull the wagon.

My guy brought me coffee AND lunch to the polls.

Well, I didn’t sleep with my guy lol.

Whoa! Not funny. That’s how rumors get started.