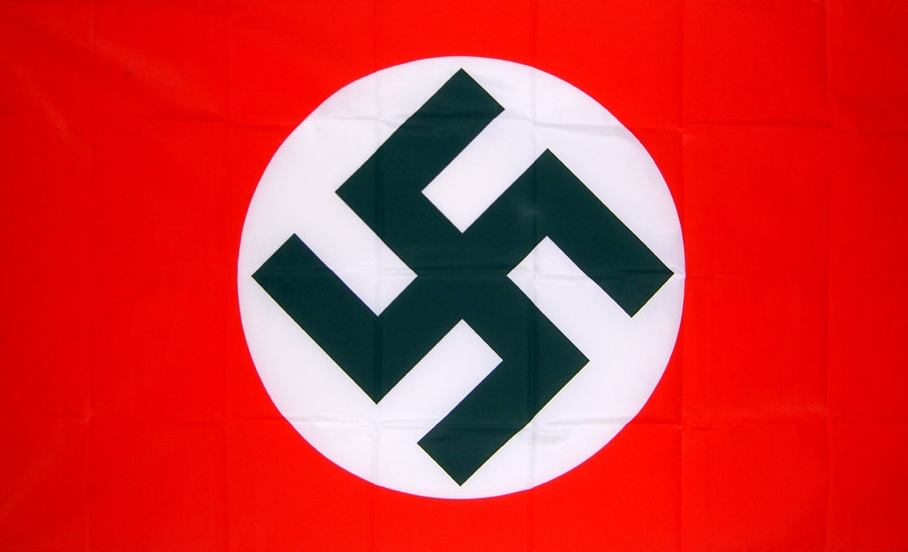 It’s become popular in contemporary American politics for Democrats to call Republicans Nazis and brand Donald Trump as the reincarnation of Adolph Hitler. This is considered accurate, partly because a few “skinheads” have sometimes been spotted contending with radical leftists at street-demonstrations. Reporters, pundits and political analysts are hammering the GOP=Nazi equivalence by charging that Mr. Trump is a racist who really hates minorities of any stripe. Evidently they infer this from his desire to control our porous borders. (After all, what decent person would want to do that? Of course he’s a Nazi.)

Recently I heard a PH-doctor, who ought to know better, refer to “that fascist in the White House.” Mr. Trump is (and has been) many things, including a hard-driving businessman, and now a vigorous, outspoken president who takes no guff from anyone and uses modern social media to return rhetorical fire at every slight. But a “fascist?” I don’t think so.

Americans under age 40 can be excused for not knowing that fascism’s signature construct is “privately owned business under government control.” But is there any evidence that Mr. Trump operates that way – or wants to? If any recent president had fascistic leanings, it was Barack Obama who grandly stiffed the General Motors bondholders, saying they were just some old guys who didn’t need the money. He put his own man in as GM’s CEO, and also signed legislation that put our entire health-care system – one-sixth of the nation’s economy! – under government control. (Il Duce and Der Führer would have been so proud.)

Before Mr. Obama, the last president to make a game-try at fascism was Democrat Harry Truman, who nationalized the steel industry, just before the United Steelworkers Union’s planned strike in April 1952. Mr. Truman cited national security as his motivation, as we were then at war in Korea.  But in June 1952 the U. S Supreme Court ruled that the president lacked the authority to seize the steel mills. (Youngstown Sheet & Tube Co. v. Sawyer, 343 U.S. 579-1952.)

A waggish description of various forms of government goes like this:

Nazi-ism, of course, was about much more than cows, and there was nothing at all humorous about it. Originally a patriotic political effort to restore order to a defeated and chaotic post-war nation, the National Socialist German Workers’ Party (National Sozialistische Deutsche Arbeiter Partei, or NSDAP) degenerated into the thuggish, crack-brained, master-race nightmare dreamed up by its visionary leader, Adolph Hitler. Der Führer believed Jews were a “bacillus” that threatened the purity of the Aryan Race. He planned to eliminate them: first from the Fatherland, to achieve a purified nation; then more widely, following military conquests, to produce a purified Europe; and finally, globally, to create a purified world.

Seems unbelievable? Don’t take my word for it. It’s all in his seminal book, Mein Kampf (My Struggle), which is mostly forgotten and rarely read by students today. An English translation is still available. The literary Adolph wasn’t exactly Hemmingway, so it’s pretty heavy going, but the whole sordid business is in there, including Hitler’s plan to obtain Lebensraum (living space) for Germans in Russia. Obviously the guy was certifiable.

After serving a six-month sentence for trying to seize the government of Bavaria via the 1923 Munich Beer Hall Putsch (riot) – a very light sentence for a treasonous act – Hitler solidified his control over the NSDAP and launched his world-conquest/racial purification plans. He wasn’t alone. He had plenty of willing help from like-minded Germans like World War air-ace Herman Göring, former chicken-farmer Heinrich Himmler, and Sturm Abteilung (SA) leader Ernst Röhm. Propaganda Minister Joseph Goebbels (a.k.a. “Poison Dwarf”) – creator of the Big Lie strategy – rounded out the team nicely.

When he wasn’t running the Luftwaffe, Göring participated in large-scale, systematic theft of art-work and other wealth from imprisoned and murdered Jews. As head of the Schutz Staffel (SS), Himmler implemented Hitler’s Final Solution to murder 6 million Jews, plus 5 million Gypsies, homosexuals, communists, mentally retarded people and other “undesirables.” Both Göring and Himmler cheated the hangman by poisoning themselves after Germany surrendered.

Ernst Röhm, who preceded Hitler in the NSDAP, wanted the 1.5 million street-toughs of his SA incorporated into the Wehrmacht, but the generals of the officer corps – whose support Hitler needed – refused. When Röhm insisted, Hitler had him killed in the “Night of the Hummingbird” purge (1934). Joseph Goebbels and his wife poisoned themselves and their five children, as the Red Army was taking Berlin. (Otherwise, very nice folks.)

One of Hitler’s models for achieving his “racial purity” goals was the work of early 20th-century Eugenics pioneer Margaret Sanger – Democrats’ Patron Saint of Abortion – whose aim was eradication of the “weed races” in America. (Don’t believe it? You can look it up.)

That was the way Der Führer and his liege-Menschen operated, back in the glory-days of the Third Reich. But does any of that really describe Republicans today? Which political faction in the USA is really lining up as the political descendant of Hitler’s cadre? Wasn’t it the Democrats’ sainted Franklin Roosevelt who ignored reports of Nazi atrocities, and had his State Department block Jewish refugees from entering the USA? Didn’t Hillary Clinton call her working-class opponents “deplorables.” (Notice how that sounds like “undesirables?”)

Isn’t it today’s Democrats who have become such outspoken opponents of Israel and Jewish interests that their representatives are delivering anti-Semitic remarks on the floor of the House. And how about the party that has championed 50 million abortions, of which a third were black children? Jawohl! Democrats again. (Do I hear a Sieg Heil?)

Today’s Democrats are a throwback to the 1930s, when the party tried to embrace racist Southern Democrats, liberal Jews and northern blue-collar workers. The Great Depression made the big tent strategy appear successful, but it was never an easy marriage. Now the white southerners and blue-collar voters are gone, so Democrats are trying to fashion a majority from a coalition of black radicals, Hispanics, transgenders, militant sexual deviants, climate-warriors, anti-Christians, atheists, Muslims, “educators,” movie stars and champions of unlimited abortion and infanticide.

Organizing this disparate constituency is like trying to herd cats. Meanwhile, as they throw their traditional Jewish constituency under the bus, Democrats are praying – if that is even possible – that Jews won’t notice how harmful the party’s policies are to Jewish interests. (Who says Democrats aren’t religious?)

Once a stalwart Democratic constituency, Jews today are tiptoeing out of the big tent. One Jewish commentator said that Jewish voters won’t admit it in person, but when they get in that voting booth, they’re going to pull the lever for Donald Trump. He’s the best friend they have right now, and they know it.

To distract attention from this upheaval in their party, Democrats keep shouting that Republicans are the reincarnation of Hitler and his villains. Psychologists call this “transference” – a mental aberration in which individuals and groups accuse opponents of attitudes and practices that characterize themselves. This can sometimes have a comic aspect, but when it involves slanderous charges of racism and “Nazi-ism,” which have no basis in fact, it’s no laughing matter.

Years ago, during his political heyday in Washington, DC, Marion Barry made a historical correction that has joined the lore of famous quotations:

This is the kind of foolishness we’re dealing with today. Democrats and their media liege-men, women, and others are having great sport with it, but two can play this game. Republicans need to take the field and start launching their own missiles until the other side sits down to smoke the peace-pipe, abandons slanderous posturing, and agrees to return to serious, factual journalism. Hopefully we haven’t reached the Point of No Return yet, but the signs and portents are not auspicious. We really need to cut this out. Enough is enough.

“A lie gets halfway around the world before the truth gets its boots on.” (Winston Churchill)

The Nazi-thing was last modified: June 7th, 2019 by Woody Zimmerman