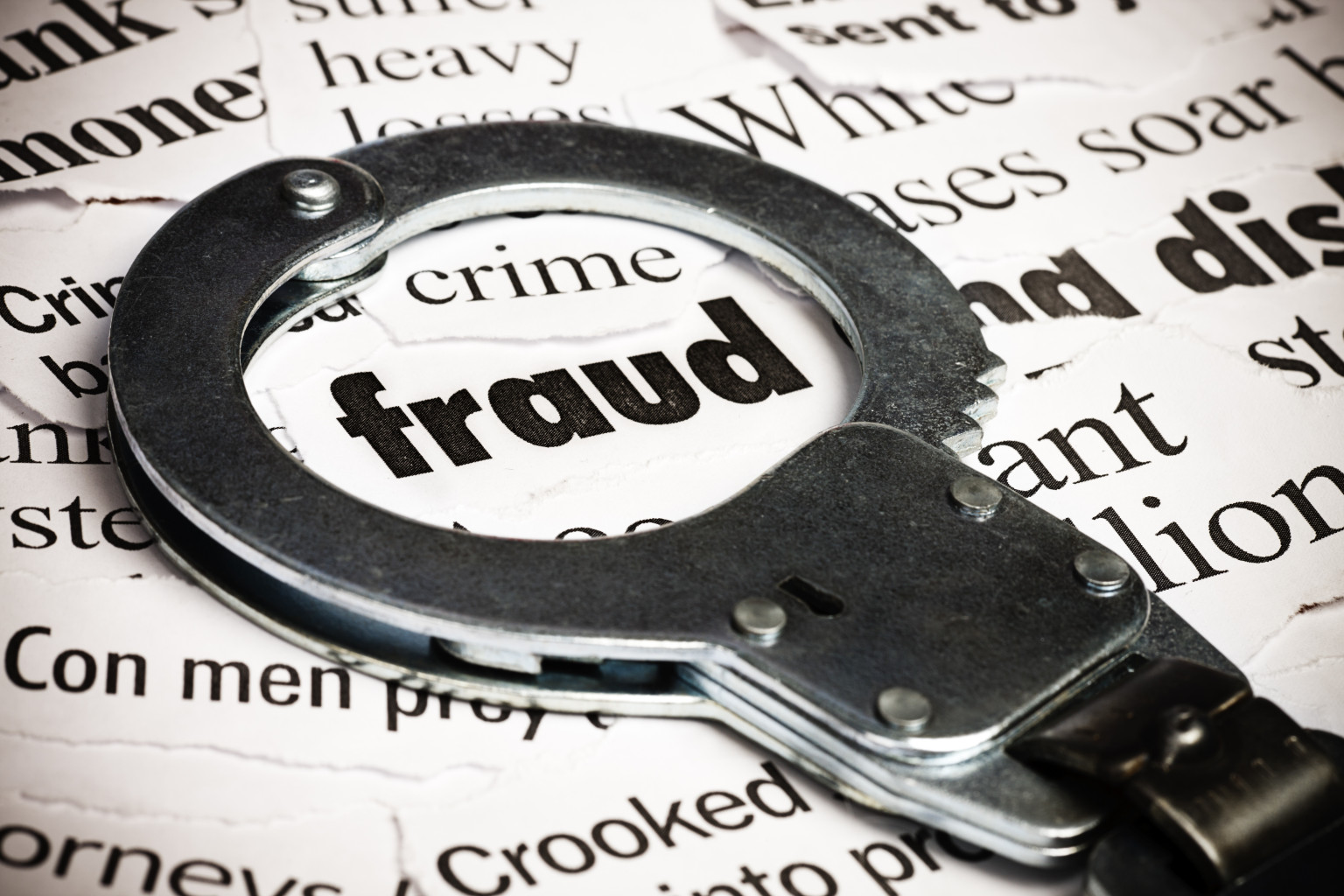 While the ruling class and the corporate media have slipped into collective madness over the well-deserved firing of FBI Director James Comey [read here and here my 2016 articles on Mr. Comey’s corruption of the law], the other political soap opera in Washington over the future of Obamacare is making its way from one side of the Capitol to the other.

Act II is coming after an intermission to change the props.

Of course, health care is way too important to trust to any politician, but, sadly, that ship has sailed. Wrenching back control of health care delivery from Washington is going to be a process, not a single vote, assuming the majority of Republicans in Congress really want to do that. However, aside from taking a chain saw to the tax code, it is the most critical domestic issue threatening the finances and quality of life of every family in the country.

Scarcely mentioned in the circus-like atmosphere on Capitol Hill is the fact that tens of millions of our fellow citizens have had their lives dramatically affected – turned upside down – by the catastrophic failure of Obamacare since its illegitimate birth in 2009.

These people aren’t the poor, the hapless or uninsured. They are just plain ‘ol hard working Americans, so they receive very little sympathy about what has happened to them or how their lives have been impacted.

As always, the real people that are inconvenienced, hurt, or have their lives ruined because of Washington’s cockamamie programs, laws, or schemes are most often just “collateral damage” to the social engineers, academics and politicians hell bent on perfecting the social order to their own tastes.

In the case of health care, Washington destroyed the existing health care delivery system so that less than 15% of the population that were uninsured – many by choice – and a comparatively small number of citizens that required insurance for pre-existing conditions, could be insured.

Normal people like you and me would have looked at the problem of that small number of citizens and offered a way to fix that problem.

Instead, the radical leftists rained down chaos on the lives of tens of millions of average Americans – over 85% of whom prior to 2009 were happy with their own health insurance when polled. These citizens watched helplessly as the dramatic increase in both premiums and deductibles – often three and four fold, or more in some states – have demolished family finances, and forced many of them to say goodbye to longtime family doctors and services.

The radicals knew this disaster would happen, of course. It was planned. It was not done with the best of intentions, but with the jaded eye of a jailer towards the prisoner.

Led by then President Obama, they constructed a web of outright lies and financial deceptions to promote a wealth transfer scheme, all to pave the way for fulfilling their dream of “single payer” nationalized health care – God forbid.

In a sane world every Democrat that voted to pass Obamacare, including former President Obama, would be publically humiliated and banished to some remote, inhospitable, mosquito-infested island for what they have done to the country and the citizens they were sworn to protect.

Last week, Senator Mark Warner, the fabulously wealthy crony capitalist Democrat from Virginia, among the least winsome of the gaggle of un-winsome members of the Congress, actually had the audacity to claim,  “Instead of working with Democrats to improve [Obamacare] Republicans voted for a plan to take healthcare away from millions of Americans.”

Really, Mr. Warner? The Senator, of course, cast the tie-breaking vote for Obamacare in 2009, which was assembled with Republicans literally locked out of policy meetings, and passed unread without a single Republican vote.

Instead of being embarrassed, contrite or apologizing for what he has done to his constituents, like all radicals, Senator Warner rubbed the public’s face in it. He and his fellow leftists devastated millions of lives, and now want to transfer that guilt to Republicans – who for their part never saw a fight they didn’t run from.

You’ve heard a lot of self-congratulation from the left wing radicals about the alleged 30 million people who now have health insurance thanks to Obamacare – even though 20 million of those were actually placed into Medicaid. But you’ve never heard anything from the former President or his fellow radicals about the 22 million who lost or dropped insurance, which is the reason why health insurance participation rates, without Medicaid, have remained essentially unchanged since 2007.

And there is a barely a whisper of concern for the 150 million working Americans with health insurance that have collectively seen a 50% increase in premiums in the last five years, accompanied by increased deductibles and reduced choice.

This same pattern is played out in virtually every public debate now. Public policy is all about serving the few at the expense of everyone else. It’s about money and power. From the nation’s bathrooms to college campuses, from clubs to restaurants, lemonade stands to airports, and everywhere and everything in between, only the opinion, feelings and well-being of the tiniest sliver of the tiniest minority of people matter, and the vast majority of citizens who just want to be left alone and mind their own business, are conscripted into the unwilling army that marches to Washington’s drums.

It is the new dividing line in America: You either believe in people, or you believe in government. They are mutually exclusive.

The New Dividing Line was last modified: May 17th, 2017 by Michael Giere

What concerns me is the behavior of elected republicans. It appears that claims of the uniparty are all too true.

A true con artist you appear to be, Mikey. The Republicans have control of all 3 branches of government. Trump made promises about fabulous, wonderful, and affordable healthcare for all. Yet, you want to talk about the previous administration rather than the current failure in the WH. Republicans have all the power, and just look at them. And now, Trump wants to send me the bill for that Wall that he promised Mexico would pay for. I ain’t pay for any Wall.

How can you write this s–t and sleep at night? You’re no better than a Democrat.

What are you even talking about ?

In a nutshell, “Little Mikey” wants to focus on the previous failed regime, rather than the current failed regime that he went wholly in for.

Trump and the Republicans have the power to do as the please and promised. And yet, they do nothing. “Little Mikey” will not write about that.

Limbaugh and his pack of lugheads are trying to take the focus off Trump by continually talking about Obama and Clinton, both failures also. But, past failures.

They are past failures who continue relentlessly to undermine the current administration. The media is aiding their endeavors.

Trump wouldn’t have to say anything about healthcare if obama and his democrat friends hadn’t fouled it up with their utopian schemes that favored welfare over work.

In the ole days it would have been pretty easy to protest the media. The whole town would gather after evening church services down by Jake’s TV shop, where the only color tv in town played Wonderful World of Color on Sunday nights. You could pull up your soap box and take advantage of the commercial breaks to get your points across.

Now days it’s a bit harder. You have to drive to Atlanta, DC or New York to do the protest while millions of residents walking by look at you as just one more nut on the boulevard. There is one trick you will learn though. If you hold you sign blank side out, wear an open fanny pack on your hip, and glare at people, you will finish your protest much richer and in better spirits than when you first got to the protest site. Take that newly won largess to the nearest store and buy as much cheap rosy red wine as you can and some smoked baby clams in olive oil. Gourmet street food on someone else’s dime. Helps you forget your waste of time.

DOES THE REPUBLIC EVEN FUNCTION ANYMORE ?

If an angry electorate replaces most of their state legislatures, Senate members, House members, governors in the majority of states, and ultimately the President with people they believe will work to right the wrongs they see in their own country, and even after that they are STILL disenfranchised, STILL can’t have their way, don’t we have to ask ourselves if the Republic even functions anymore ?

Isn’t that the foundation of our form of government, that a peaceful people can have periodic revolutions through elections to change things ? At every turn people who have not been elected are finding new ways to stop the voter’s elected leaders from making the changes they have been put into office to make.

The Press is disenfranchising voters. They are doing it by a variety of methods, by claiming voters are too stupid to know what is in their own best interests, claiming that voters have been misled, that they aren’t well represented, by any means they can to discredit voters, their elected leaders, and everything they want.

The Press has gone off the rails. Watching them on television they look like rabid dogs chasing down prey, they’ve lost all sense of themselves and the role they are supposed to play in civil society.

The press likes the easy and comfortable socialist path. Freedom is darn difficult and most uncomfortable.