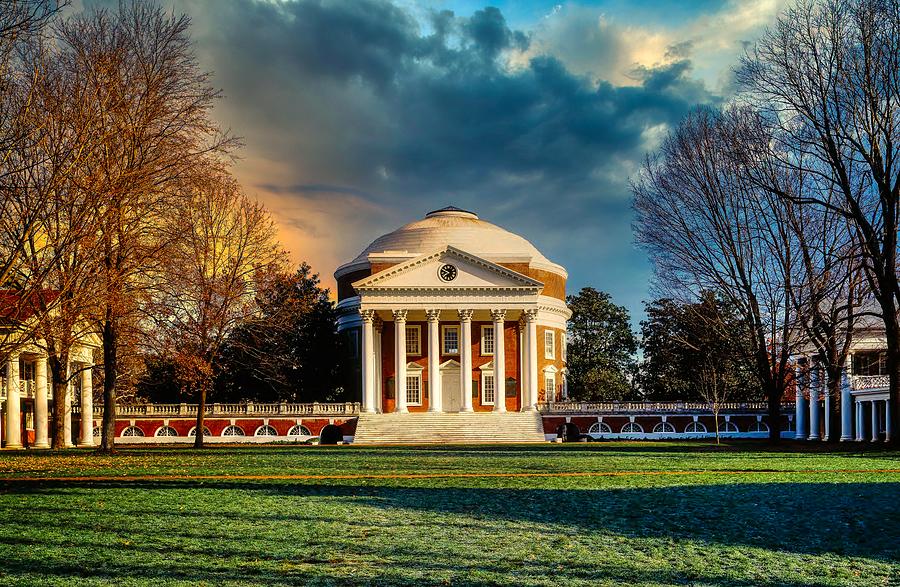 by Walter Smith and James A. Bacon

On March 20, 2022, The Cavalier Daily student newspaper trumpeted the fact that the University of Virginia set a record low acceptance rate, offering slots to only 9,534 applicants, or 19% of the nearly 51,000 total. Of particular note, 52% of the offers went to “students of color” — up from 41% the prior year.

Only a little more than half of students who get accepted to UVa wind up enrolling there, so it’s not known what the ultimate composition of the entering class will be. But it is possible that entering first-year students will comprise the first class in which a majority of students are comprised of racial/ethnic minorities.

That would be no accident. In 2020, UVa recruited a vice provost of admissions, Stephen Farmer, whose most heralded accomplishment at the University of North Carolina-Chapel Hill had been  setting records for recruiting first-generation students and students from underrepresented minorities. At the time, UVa’s Racial Equity Task Force had recently articulated the goal of building a student body that “reflects the racial and economic demographics of the Commonwealth of Virginia.”

An analysis of acceptance numbers, provided by the University of Virginia and summarized in the table above, shows that UVa admissions this year clearly favor African-Americans, in-state students, and legacy students. If you are an in-state African-American applicant whose parent is an alumnus, your odds of getting accepted are roughly four times that of an out-of-state White applicant with no family connections.

The preference shown for in-state students is non-controversial. UVa is a legal entity of the Commonwealth of Virginia, and it is financially supported by state tax dollars to benefit the citizens of Virginia. The lofty, idealistic reason for admitting any out-of-state students at all is that geographic diversity in the student body exposes everyone to different perspectives. The cynical reason is that UVa charges out-of-state students twice as much money to attend.

Preferences shown to ethnic minorities and legacies, by contrast, arouse the passions. Preferences based on accidents of birth seem antithetical to the principle that admissions to Virginia’s flagship university — one of the most elite universities in the country — should be based on merit.

Probing deeper than the numbers provided in The Cavalier Daily article, one of us, Walter Smith, used the Freedom of Information Act to ask UVa for a detailed breakdown of the admissions data. We compiled the numbers in the table above.

Traditionally, SAT and ACT standardized test scores have been seen as a tool for promoting merit in college admissions, providing a more objective measure of applicants’ aptitude for college-level work than where they went to high school or what grades they earned.

Increasingly, however, SAT scores are seen as tools of class and racial privilege, and many elite universities have downplayed them in favor of different admissions criteria. Indeed, UVa made SAT and ACT scores optional for this and next year’s admissions classes.

The UVa Admissions office is vague, though, about the qualifications it is looking for.

“It is our privilege and responsibility to consider everything you submit to the admission committee, so that we get to know you as a student and person,” the Admissions website says. “Your academic performance in high school provides helpful information, but we do not make admission decisions based on grades and numbers alone. We strive to build a varied, dynamic class of students who will thrive at UVA, strengthen our community, and change the world for the better.”

Admissions applications must include grade transcripts, recommendations from a counselor and an academic teacher, and a submission from the college “Common Application” used by 900 institutions nationally. That application includes a Common App essay, designed to reveal “character, background, and value as a potential student.” The Common App website contains a Q&A addressing this topic: Why do schools want a diversity essay?

Many universities believe a student body composed of different perspectives, beliefs, identities, and backgrounds will enhance the campus learning and community experience.

Admissions officers are interested in hearing about how your unique background, identity, beliefs, culture, or characteristics will enrich the campus community, which is why they assign a diversity essay.

Thus, the priorities of the Common Application and the University of Virginia are aligned in making “diversity” one of the most significant criteria for accepting students. The radical shift in admissions should come as no surprise.

But if Blacks fall short, it’s not for a lack of trying by the Admissions Office. The university admitted a far higher percentage of Black applicants than other groups.

The stats also raise questions about favoritism for legacies. Officially, the UVa administration is mum about legacy status. The admissions website says only: “Legacy status is acknowledged in our review process.” But legacies for every demographic category, both in-state and out-of-state, are given offers at significantly higher rates than non-legacies. The reason? Presumably because alumni are more likely to open their pocketbooks when their children, nieces, nephews and grandchildren are admitted.

One reason that the admission of White students held up this year is that so many of them are legacies — 38% among in-state Whites and 29% among out-of-state Whites. If you’re a non-legacy, out-of-state, White applicant, however, you face long odds getting into UVa — only 13%. You’re stuck in the muck at the bottom of the selection pool.

What we cannot tell from these numbers is the degree to which admissions have become divorced from objective measures of merit, such as scores on nationally standardized tests such as the SATs and AP exams. If we can uncover that data, we will get back to you.

Of course, many if not most, of the people admitted due mostly to skin tone will be doomed to failure. They know it, the schools know it, everyone knows it. But, today’s Democrats don’t care so will continue this purely despicable racist charade to secure as many black votes as possible. Will the school be publishing a dropout report by race?