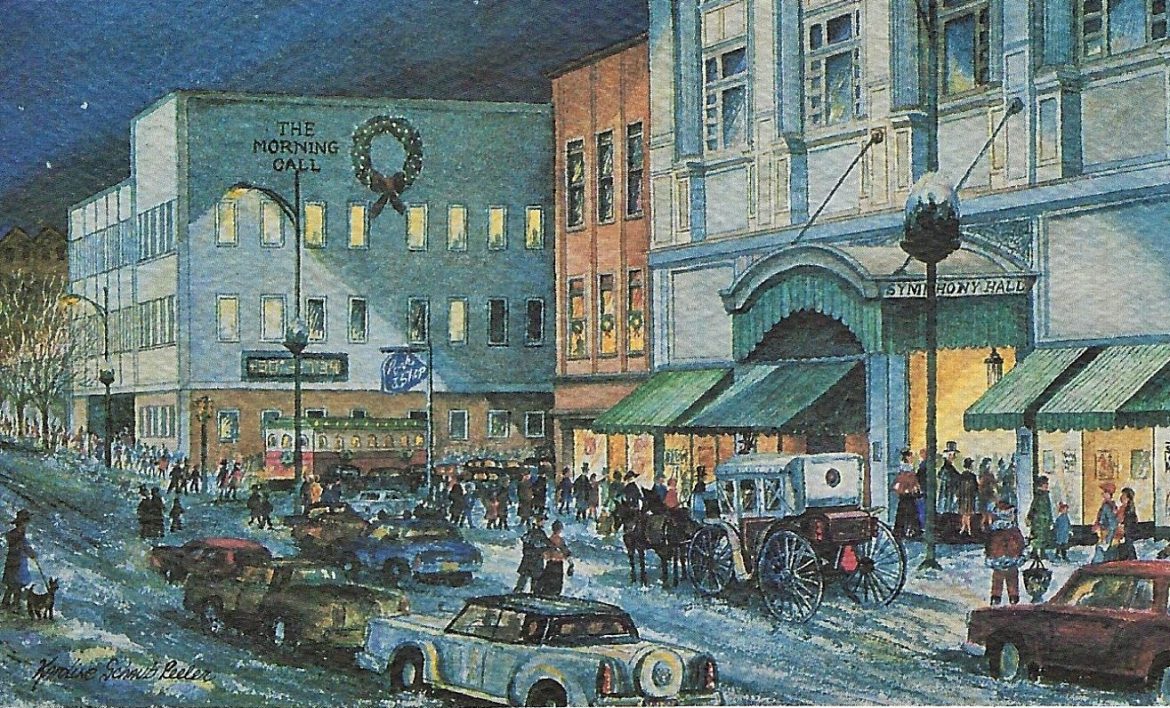 Not long ago I came across an article about Jimmy Bozart, a Brooklyn newsboy who helped uncover a Soviet spy-ring in 1953 by finding a hollow nickel when collecting for his route.1 FBI agents found that the bogus coin was used to deliver microfiche in espionage activities. The story evoked my own memories of being a paperboy in the late ‘50s. My experiences were not as dramatic, but I did learn a lot by reading the news as I delivered papers in the late 1950s.

The school riots in Little Rock, in the fall of 1957, stick in my memory. In my mind’s eye I can still see photos of the National Guard troops Ike sent down to keep order so nine black kids could go to school in peace. It was pretty shocking to see all those angry white faces. Of course, I had no comprehension of how difficult integration was for people who had lived in the segregated south all of their lives.

I can still remember where I was, one darkening evening in February 1958, when I read the shocking news that Roy Campanella, the great Brooklyn Dodgers catcher, had been paralyzed in a car accident. The Dodgers had moved to LA after the 1957 season, but he never got to play there. I also recall the front-page article on the 14th anniversary of D-Day (1958). My father had served in Europe, after the invasion, so the date had meaning to me.

The big news in early 1959 was Castro’s takeover of Cuba. News of the thousands of executions seemed to shock the reporters, who evidently had thought Castro was just a good-looking “freedom-fighter” in the romantic mold of 1930s Spanish Civil War rebels. Soon reports began to leak out that Castro was actually a commie. (Surprise, surprise.) All this must have eclipsed the news that rock-and-roll singers Buddy Holley, Ritchie Valens and the Big Bopper had been killed in a plane crash around the same time, as I have no memory of the story.

I was collecting from my customers on the very day the news broke about Francis Gary Powers being shot down over Russia in his U-2 spy plane (May 1, 1960). One customer told me, “They’re gonna fill his pants so full of lead that he’ll make a pencil-mark when he sits down…” The Russkies sentenced Powers to five years in prison, but after a couple of years he was exchanged for the famous Soviet spy Rudolph Abel. (The dramatic story of the spy-exchange was depicted in the 2015 film Bridge of Spies, starring Tom Hanks.) 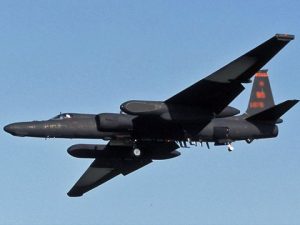 The JFK campaign was the big news during the summer of 1960, but I wasn’t reading the paper much then, as I had a full-time job chopping weeds and painting stadium seats for the city’s school system during the summer before I went to college. I had given my route to my brother, Al. He and our younger brother, Fred, had the route for the next five years.

The college I attended was a virtual news-blackout region in 1960. There was no TV on campus, and you could see the newspaper only in the library. (Evidently they didn’t want to distract students with news of the outside world.) The news of Kennedy’s narrow election-win leaked onto the campus, but not much else did. (Really, FDR’s third term was a hotter topic – people were still upset about it.) We totally missed the Bay of Pigs invasion (spring ‘61), and the news of Dag Hammarskjold’s death barely filtered through. (The highly respected UN Secretary-General was tragically killed in a plane crash in September 1961.)

You can take the paperboy away from the route, but the news stays in his blood. I became a lifelong reader of newspapers during that time. When my wife and I got married and set up housekeeping in a tiny efficiency apartment in Wheaton, Illinois, we immediately subscribed to the Chicago Tribune so I could keep up with the news. We had no TV then. Our only electronic link to the wider world was a little radio on which we heard reports about the Cuban Missile Crisis in October ’62. We thought we would go to war over it. 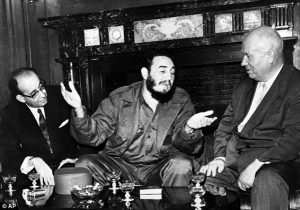 I have often said that my years as a paperboy were formative in my life because I wasn’t just a delivery boy who read the paper. In those days, a paperboy was a complete businessman. I delivered the papers and was responsible for paying the Call-Chronicle’s bill in cash – 3.4¢ for every 5¢ weekday paper, and 10¢ for the Sunday paper. In turn, I charged each of my 85 customers 45¢ a week. Every two weeks I collected 90¢ and punched each customer’s collection-card twice. I usually ended up with a bag full of half-dollars, because many paid in coin. It’s probably why I’ve had a lifelong affinity for those silver, walking-liberty half-dollars. (For a long time I kept that canvas collection-bag, but I’ve lost track of it now.)

One customer always claimed that I had just collected the previous week, so each time I carefully showed her the two weeks I was punching. (It was no use – she always thought I was trying to cheat her.) Some customers claimed not to have 90¢ on hand and would ask me to return later – a real pain. Years later I realized that many of those housewives probably didn’t want to use up their meager housekeeping funds to pay the paperboy.

Other customers could never be found at collection time. Some were in arrears as much as two or three months. I collected from one of them at 7:30 one morning. He was annoyed about being bothered at that hour, but he paid up. (I apologized, but I explained that he was very hard to find at more conventional times.) Another deadbeat moved across town, owing me for 12 weeks. He was surprised when I called at his new address (which the paper had forwarded to me) to collect. It was only about $5, but big money to me.

I made about $10 a week from the morning route – considered good money for just a few minutes work each day, although it was an early wakeup call (5:30 AM). I pedaled six blocks in the dark to the pickup point and walked the route, which consisted of two city blocks of row-houses – down one side and back the other. Most days, the delivery took about 10 minutes. I usually tossed the papers, Frisbee-style, unfolded, onto the porches, but if it was windy I folded them in thirds – tucked together in that distinctive paperboy style. You took care that the paper didn’t get wet or blow away, as customers would complain. (This seems unbelievable today, when the morning paper is usually thrown in the gutter or somewhere on the lawn – sheathed in a plastic bag that sometimes doesn’t quite protect it from rain.)

Too many complaints could get you bounced from your route, since there was a waiting list of guys ready to step in if you got careless. If you missed delivering a paper and the customer complained, you found a yellow “miss” notice in your bundle the next day. That would cost you 15¢, so you were motivated not to let it happen very often. My route manager was my 10th grade homeroom teacher, Mr. Steckel, so I didn’t worry about getting sacked. In those days, teachers made about $4,000 a year, so he probably needed the extra job, and just wanted things to run smoothly. In my last year I won the Paperboy of the Month award. (I still have the trophy.)

Every year, in late December, the Call-Chronicle sent us a bundle of calendars for the customers. Carriers looked forward to that, as it gave customers an opportunity to tip us. We could usually anticipate making $50 to $100 from the calendar-deliveries.

I had three different routes over my three-year paperboy career. In those days, Allentown, PA, had both a morning and an evening newspaper – the Morning Call and the Evening Chronicle. The evening routes were less desirable because you had to deliver around 4:30 PM, which cut into your after-school activities significantly. Deliver too much later and some customers would get annoyed if their paper wasn’t there when they came home from work. Evening routes were more spread out, since fewer people took the evening edition. Also, you made less money, as there was no Sunday paper.

My first two routes were evening routes. One extended out into single-family homes on the north side of town. It required about two miles of walking, so it took about an hour to deliver. I was very glad to get the downtown morning route for my last year as a paperboy. One of the row-houses on that route was a donut factory. It opened early, so I often bought a fresh donut for 5¢ to eat on my way home. The delicious smell of those fresh donuts lingers pleasantly in my memory.

I inherited that morning route from my friend, Gene – the youngest of 11 brothers. I think his family had had the route since at least the ‘40s – possibly earlier. He and I ended up at the college where two of his brothers had attended. One of them married the president’s daughter. During my two years there, I roomed at the president’s house. Many years later I became a trustee of that college. (You could call it the Paperboy Connection.)

Today, sixty years on, I still keep a picture of the old Morning Call building on my desk. (It’s posted at the start of this article.) The building stood in the 18th century part of Allentown, near the Zion Reformed Church where the Liberty Bell was hidden during the Revolution. When I wear a vest, I often carry a silver, walking-liberty half-dollar in one of the pockets to remind me of where I came from and how I got here. Those paper-routes helped me get the education which prepared me for my professional career. I often think of those old days. Sometimes I dream that it’s 8 AM; I’ve overslept and haven’t delivered my route. No experience in life is ever wasted.

Today, when I walk down my driveway to fish my morning paper out of the gutter, I wonder if paperboys in Allentown still toss the papers on front porches with the same care. I hope so. Sometimes, change isn’t really an improvement. We need to keep that in mind. 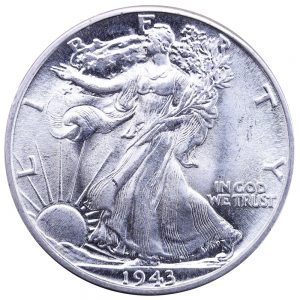