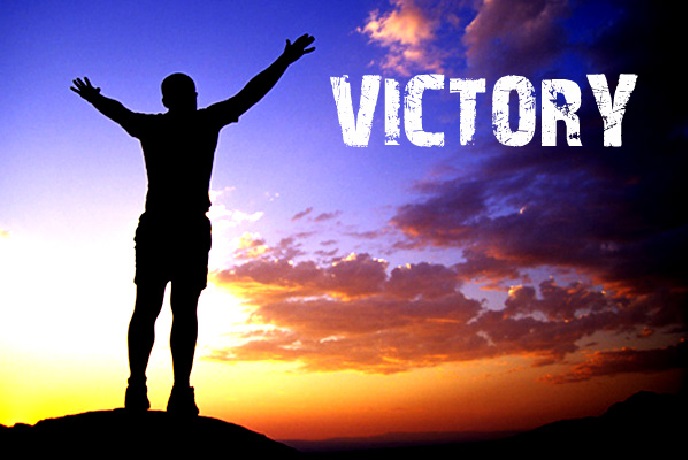 RecentlyÂ I provided a deep dive analysis on the results of the Virginia Gubernatorial race.Â  In that piece I mentioned I have a number of ideas for how the Republican Party should move forward to achieve victory in the future. Those ideas work together to form an overall strategy that is designed to move the Republican party towards meaningful success in its goals, not just for tomorrow, but for coming generations. This is part one of a multi-part series. I will try to post at least one part per week until the series is finished. The ideas here are not big secrets, and they are not sexy, quick fix ideas. They rely on hard work and some will take a long time to produce tangible results, but are essential to the future of the Republican party and the Conservative movement.

The first, mostÂ fundamental step in any path to victory, of course, is defining what victory is. What is the objective you are trying to accomplish, and why are you trying to accomplish it? You can’t chart a course to achieving your goals if you don’t know what those goals are, or even why you are trying to achieve them in the first place.Â This may sound simplistic, but it is the most important question that needs to be asked and answered before any forward progress can be even charted, much lessÂ made.

You would think that, in the terms of a political party, defining victory would be quite simple to do, but you would be wrong. One only needs to look at the competing interests of the different people and organizations that make up the Republican party to understand that the definition of victory is vast, nebulous, and sometimes contradictory. One of the strengths of our party is its attraction to many people and many groups from a diverse background. Our party has, at its core, a respect and a desire for liberty, and liberty is a concept that is recognized and desired across the world.

But our greatest strength can also be our greatest weakness as liberty can be defined in so many ways. To some liberty means nothing more than less government regulation. To others it may mean both fiscal and social freedom to do anything they wish. To religious groups it may mean the freedom to practice their religion, while to immigrants it may mean freedom from the oppressive country they left to come to America. These disparate groups may all agree that they consider themselves Republicans because they support the goal of liberty, but their definition of liberty can have these groups working at cross purposes. The Democrat party may claim to be the party of diversity, but it is a diversity of appearance only.Â  When it comes to their definition of victory, Democrats have a clear, concise, uniformity of purpose.

There are those in our party that view victory as simply winning elections, but even the groups that ascribe to that definition of victory are split as to their reasoning. For some winning elections means the acquisition of power. For others it is the denial of power to our enemies. Right now our party seems to be led by these camps as the “win at any cost” mentality runs rampant through our ranks.

IÂ hold to the belief thatÂ winning elections is not the victory we should be striving to achieve. What is the point of attaining power and control simply to hold it? It is true there is much to be said for controlling the purse strings of a nation. The ability to reward one’s allies with money from the Federal coffers is quite a draw, and the allure of control, along with the favors patronage can buy are like an aphrodisiac to so many. But is power for power’s sake truly all we aspire to?

Winning elections is simply a step on the path to true victory. In my opinion the true victory we should seek to achieve is the application of our principles made manifest through sound policy.Â  We come together as a political party under a banner of certain beliefs and principles.Â  In Virginia we have the Republican Creed.Â  Nationally the party comes together every four years at our National Convention to debate and revise our Party Platform. These are supposed to represent the ideals we support and work to implement.

We meet in City Halls, and County Courthouses, and churches, and schools all across the nation to organize and compete in the electoral process at the local, state, and federal level. We select our candidates and attempt to convince others to vote for them. We gather on election night to celebrate our victories and mourn our defeats but, unfortunately, that is where our interests and our effortsÂ far too often stop. We don’t look past the election, and don’t pay enough attention to what the people we elected are doing in Washington. Then we have the nerve to act surprised when the people we placed our trust in and worked to elect no longer follow through on the promises they made to us, nor attempt to implement the policies that will advance the principles we are all supposed to share.

If the goal you seek is simply for the Republican party to attain and hold power in Washington and in State Houses around the country, you have to ask yourself this question: Do you truly desire to see the implementation of the policies and the principles we commonly support, or are you just a cheerleader, rooting for the home team, reducingÂ every election to nothing more meaningful than aÂ football season? The Democrats have no doubt about their definition of victory. Their goal is to move the proverbial policy ball down the field towards their own liberal utopia. They are willing to sacrifice the fleeting control of the halls of power in order to achieve their victories in the policy arena, as they know that control will someday soon return to them. One simply has to look at the example of Obamacare to see evidence of this.

Our path to victory begins with defining what victory means, and that victory needs to be more than just the attainment and holding of power for power’s sake.Â  Holding power that is not used to implement meaningful policy to advance the principles of our party does nothing more than enrich the individuals and friends of those currently residing in those seats of power.

To achieve true victory, we need to use the power winning elections gives us to move our Country back in the right direction with sound, effective policy that advances our shared principles. We need to remain focused on our true goal long past election night, keeping an eye on our elected officials and making sure they do what is expected of them. We need to encourage them when they falter, prod them when they delay, and hold them to account when they fail to follow through. Our eternal vigilance is the price of freedom, and in this case it is the price we must pay to achieve victory.

Ill be interested in reading what Mick’s proposal is to attract suburban professional Northern Virginia voters in STATEWIDE RACES, who want govt. investment in schools, transportation , and who have been the key factor in Dems winning most statewide races since 2005

Me too. That’s the part I’ve been waiting for. Sounds like it is forthcoming.

But you also need to TEST theories of how to win against the real world. Theories that sound good in theory but don’t work in practice are just fairy tales.

Patience, Johnny. This is only part 1, but if you would like a real world test of the importance of defining victory as the implementation of principled policy, one only has to look at the current occupants of Washington, DC. We have “won” the House, the Senate and the White House. We control DC, but what have we done with it? Have things gotten any better? Can you point to a single, meaningful policy that has been implemented that forwards the principles the Republican party is supposed to stand for?

The hole in your theory is thinking DC’s and Richmond’s governing principled policy will be the same policy the voters were thinking of when they went to the polls. Party principles are merely a tool to get elected. Nothing more.

I believe I pointed out the very thing you are referring to above. The current iteration of the party is run by the “win at any cost” crowd that simply view winning elections and obtaining power as the ultimate victory. I then point out the fallacy of that position.

Power for power’s sake does not advance good policy. It doesn’t make anyone’s lives better. It just enriches those in power. The attainment of power needs to be followed by the enactment of sound, Conservative policy. The advancement of our shared principles is the real victory we need to be working for.

Thank you for the post.
I think , principles , policy , practice
Are part of the cultural tide of the day.
Our social , educational , art , media , religious , non profit
Institutions today certainly carry a â€œprogressiveâ€ tone
How to put those principles and poicy ideas
In the current cultural tide may be the question.
The child who is not exposed to a variety of thought in K-12.
The event that is covered below the fold , or in the
Back pages , or not covered at all in the media.
The art gallery , or church , or tutoring non profit
That appears to have a larger agenda , a political one.
When principles and policy donâ€™t ripple out into the culture
Of the day, the community is the poorer for it
And we are one step closer to a dictatorship of the proletariat
Or a one party state ..
Thanks again for the post.

Stay tuned. I will be tackling those very topics soon.