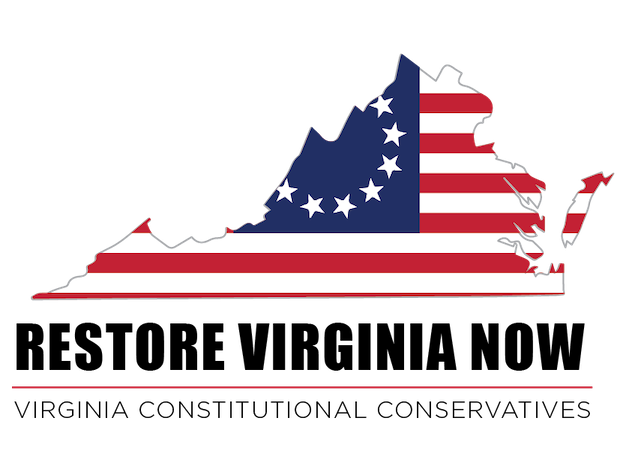 My Grandfather always told me to speak “the plain truth of things”.  Simple, straightforward forward and to the point.  Many of you received the results of our 2021 Restore Virginia Now Candidate Survey, click here to view.

In a few short hours we received hundreds of emails back with one simple question- What are the voting records of those seeking the Republican Nomination in the State Convention?

You asked for it, so here it is.

Now keep in mind many candidates have never been in office before, so they have no legislative record, but for those that have been elected before, here at the Virginia Constitutional Conservatives we keep track of every vote lawmakers cast of key issues.

Because, to speak the ‘plain truth’, past performance is the best indicator of future performance, but even more so, the last thing anyone should ever do is reward poor political behavior.

Scanning our database, here are key facts to keep in mind as the Virginia State Convention looms near-

-In the 2018 Special Session, then Speaker Kirk Cox, and now Gubernatorial Candidate Cox, led the effort to pass the Obamacare Expansion in Virginia, which in turn funded millions to Planned Parenthood to kill babies.  Don’t believe us?  here is a link.

-In the 2019 Special Session, both Tim Hugo, running for Lt Governor, and Jason Miyares, running for Attorney General,  introduced Red Flag Gun Confiscation Legislation to violate nearly half of the Bill of Rights.  Not only does this unconstitutional scheme violate the 2nd Amendment, but also the 4th, 5th and 6th Amendments.  This effort set the stage for the radical left to pass this gun grab in the 2020 General Session.  Here are some links to read more-

-And then Delegate Glenn Davis, running for Lt Governor, introduced legislation in the 2020 General Session to make it harder for law-abiding citizens to get a concealed carry permit.  His legislation, which then enabled the radical leftists that now control the house to do the same, eliminated online training and mandated in-person training,  The last time I checked the 2nd Amendment neither mentioned training or paying a tax to bear arms.  Here is a link to his legislation.

And even before that, Davis led the effort to create ‘gun free’ killing zones in Government Buildings.  Here is a link to that.

And finally, while never elected, Gubernatorial Candidate Glenn Youngkin urged his employees to donate to the Southern Poverty Law Center, a viciously anti-conservative and anti-Christian organization.  You can read about that here.

You know, after typing this, it seems I am describing the Democratic ticket rather than those seeking the Republican Nomination.

Like I said before, many other candidates do not have public policy efforts on record, but you can read more about their stances on vital issues by clicking here and reviewing the results of our 2021 Restore Virginia Now State Candidate Survey.

In over a dozen years of grassroots politics, one truth stands out- you must never ever reward the poor votes of a politician with your good vote, no matter who they are.

Or else you end up with the inability to tell Party R from Party D.

As we move into the 2021 Primary in the House of Delegates, we will also be shedding the hard light of truth on many candidates and their poor voting record.

For if we hope to Take Back Virginia, the last thing we need is fake conservatives on the ballot.

And you must remember the wise word of King Solomon in Proverbs 22:29-

“Do you see a man who excels in his work? He will stand before kings; He will not stand with unknown men.”

To read more on our efforts to take back the State House of Delegates, and what you can do to help us, click here to join us in working to Restore Virginia Now.

PS- We have a hard fight ahead to take back Our Virginia. For the past 18 months we have been training and preparing for the 2021 State Election Cycle.  But we could use your help.  We have the trained activists and members in place to rip the Richmond Radicals from power, but we need ammunition. And in politics, your donations are that ammunition.  Will you click here to support our efforts to Restore Virginia?  For many of you donating $5,000 is easy and for others $50 is hard.  I get that.  But no matter the amount you are able to give, know that every dime will fund our effort to take back OUR Virginia.

Thank you and God Bless

The plain truth about things was last modified: May 1st, 2021 by Guest Contributor S. Chris Anders