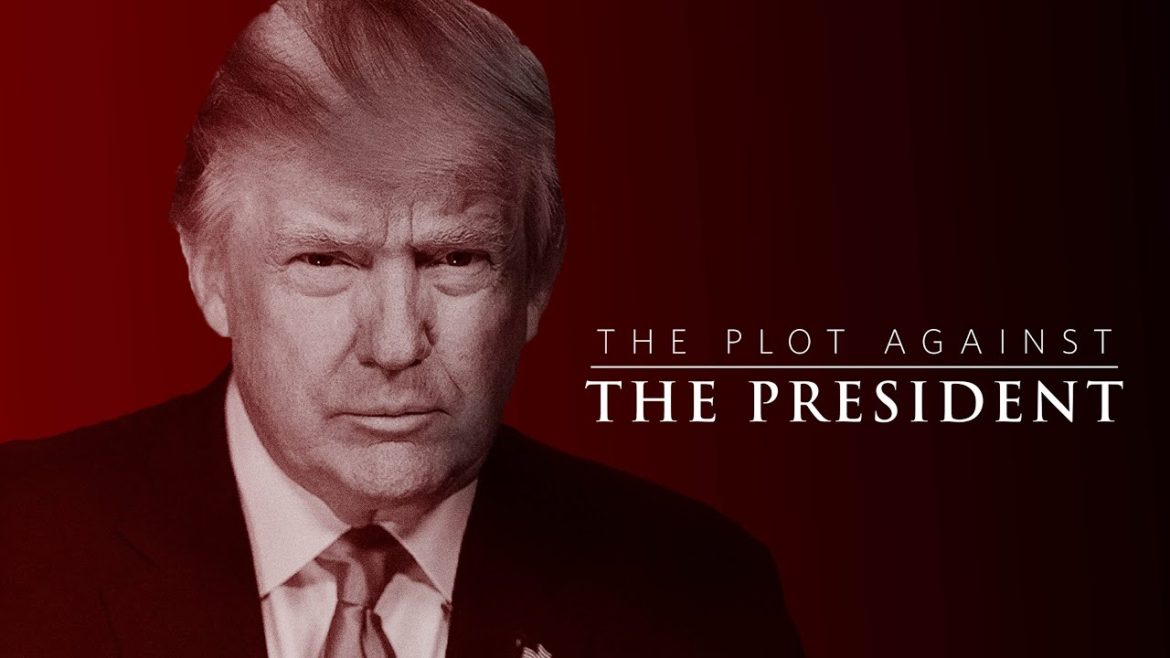 The Plot Against the President

The most watched documentary last year was “The Plot Against the President,” an in-depth compilation of the treacherous acts committed by bad actors against duly elected President Donald J. Trump.

Based on a best-selling book by the same name, authored by investigative journalist Lee Smith, the film methodically peels apart layers of subterfuge, exposing what began as infiltration of the Trump campaign and continued throughout the four years of his presidency.  One could argue that the deceit carries on to this day and has far greater ramifications.

Congressman Devin Nunes (R-CA) is a hero figure in the documentary.  As Chairman of the House Intelligence Committee, he worked with a talented team of investigators to prove that intelligence agencies, law enforcement, political operatives (including the Hillary for President campaign and the Democratic National Committee), fellow Members of Congress and media lackeys conspired to destroy a duly elected President with fabricated charges.

Readers no doubt know the sordid details, but to watch them laid out methodically on the screen is gut-wrenching because of the brazen, illegal use of raw political power and lies to subvert institutions of governance that are supposed to protect the Constitutional rights of American citizens.

“The Plot Against the President” is not just a documentary about a time in history.  It carries ominous lessons for each of us today, tomorrow and the next days after that.  Think about the oligarchs of social media, who censor public discourse at will.  Consider the witch-hunt for “insurrectionists,” loosely defined as people who disagree with federal government dictates or who question the legitimacy of the 2020 election.  Prominent cable news host Tucker Carlson recently revealed that he and his colleagues have been targets of government surveillance.

President Trump often warned his supporters that the hostility directed at him was really directed against the people who supported his America First agenda.  His candidacy and time in the Oval Office exposed the entrenched political powers at home and abroad that are usurping Constitutional protections unique to the American experiment.  We dare not think Donald Trump is an outlier.  Each one of us risks losing our inherent freedoms, so easily taken for granted until they are extinguished by a nameless, faceless, unaccountable agency.

You can watch “The Plot Against the President” on Amazon Prime.  Better hurry before it’s taken down, and your liberties along with it.

The Plot Against the President was last modified: July 2nd, 2021 by Guest Contributor Catharine Trauernicht

UPDATE: Trump’s “rally” has lost all electrical power, over half the crowd has left, he is still speaking, thunderstorms approaching.

What kind of fool schedules an outdoor event in Florida in the middle of summer??

Update: a Biden rally —- oh they never occur and he wouldn’t know if they did.

What an absolute load of crap.

Yes you aptly describe yourself.

Yesterday at my local grocery, I was in line behind a woman the back of whose T-shirt read: “If you stomp on my flag, I will stomp on your ass. AMERICAN PATRIOT.”

I find that stupid “If you stomp on my flag . . . ” comment to illustrate the intelligence level of folks I know whose every other word is “patriot!!!”

Hey, Doc, you’re too old to be threatening to stomp anybody for anything, y’know…