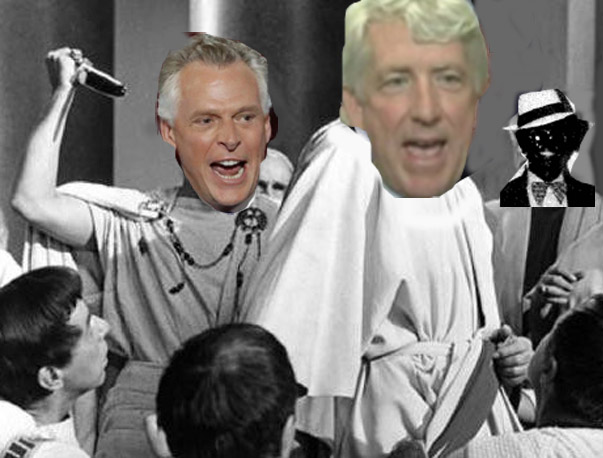 The political mugging of Mark Herring

With McAuliffe backstabbing him, Herring’s political career might be over in 2021

Initially, I thought Mark Herring’s announcement that he would run for a third term as Virginia Attorney General instead of governor in 2021 was a sign of the growing influence of multiculturalism in the Democratic party.

After disclosing he, like Gov. Northam, appeared in blackface in his youth, three African American electeds — —  Sen. Jennifer McClellan of Richmond, Del. Jennifer Carroll Foy of Prince William County and Lt. Gov. Justin Fairfax (the nerve he would run, given the sexual harassment allegations against him) – stepped up to challenge him in next June’s Democratic Primary.

However, it was the decision of the former white Gov. Terry McAuliffe  to run for his old job again  that led to Herring’s decision.

In essence, Herring was the victim of a “political mugging,” which I described in my book (which is primarily focused on winning local elections  ) as “when an elected official has the rug pulled out from under them.”  In this case, McAuliffe pulled more than the rug trick – he pretty much stabbed Herring in the back with Gov. Ralph “Blackface” Northam watching from the sidelines.

I got to know Herring well since he served in office in Loudoun as a county supervisor and state senator before his election as Attorney General in 2013.  We, of course, differed on many issues, and I found him kind of stiff and chilly.  Few realize that he has been hot and cold on issues to suit his political objectives.  For example, he ran for State Senate against Republican Russ Potts in 2003 and won the endorsement of gun groups!

But Herring has clearly shown his liberal stripes as AG, as TBE writer Dave Webster shows here , and I hope we win the office back in 2021 along with Governor and Lt. Governor.    Chuck Smith is now the only announced Republican candidate for AG.

However, I do feel somewhat sorry for Herring.  He had just as much chance to run for governor in 2017 as Northam, but graciously stepped aside to run for AG for a 2nd term.

Had former AG Ken Cuccinelli showed such statesmanship in 2013 and run for re-election and allow Lt. Governor Bill Bolling a clear path, the Republican Party in this state would have been better off.

2021 was Herring’s “turn” to be governor.  No Loudoun County resident has been governor of Virginia since Westmoreleand Davis in the early 1920s.  But after  Northam’s “blackface” photo was revealed in February 2019, Herring decided to make a fateful disclosure – yes, he, too, was photographed in blackface in college at UVA in 1980.  My guess is Herring wanted to make the disclosure before some blog or news reporter found it.

That photo has yet to surface, but I believe the Republican Party of Virginia is still offering a $1,000 reward for anyone who can find it.

But now, Herring faces a primary  against a two-term African American delegate named Jay Jones, announced his candidacy last month.  Jones is my delegate in Norfolk, and the major patron of controversial legislation to allow suspects to sue police officers in court if they feel they have been mistreated.  Terrible bill.

Democrat voters seem to like diversity, so I don’t think Herring can take Jones for granted.

So, if he loses his primary next June, Mark Herring could wind up back in Leesburg in January 2022, practicing law – the victim of a  McAuliffe backstabbing and Democrat identity politics.

Perhaps he should become a Republican.